Focus on Ramsgate’s model village. Photos, video footage, etc. And a good old Ramble from me. 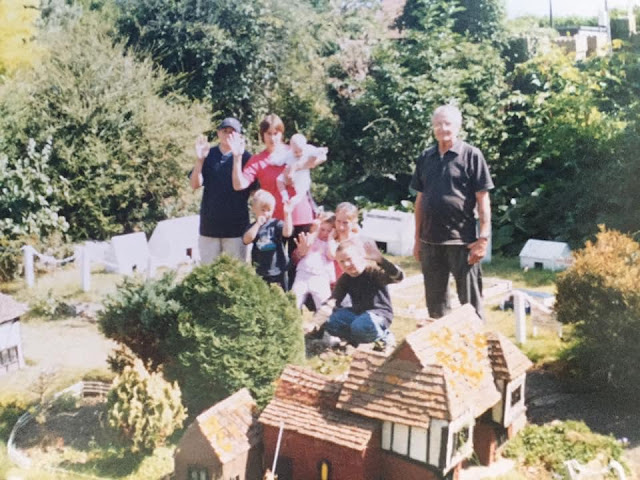 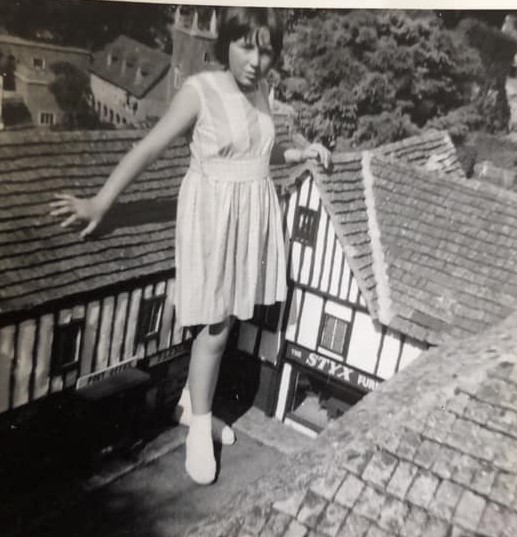 Apologies for not posting much recently, I have been busy with other things and now realise I need to change my approach to blogging. 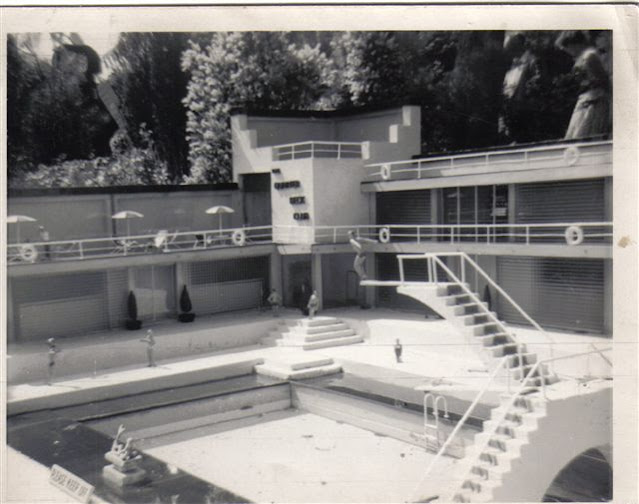 These are all phots of the model village that I have published Here on my blog over the years. 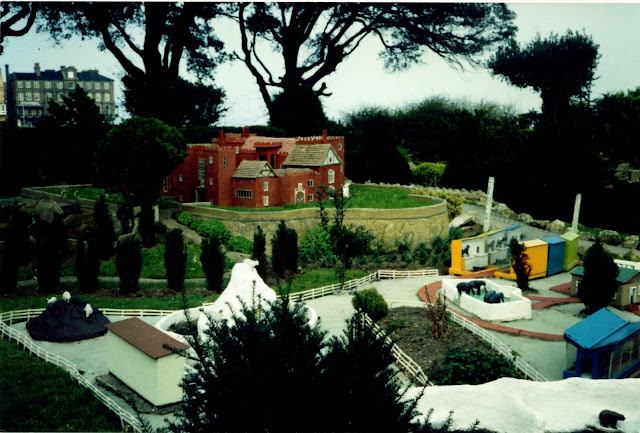 Here at Michael ‘s Bookshop in Ramsgate I still can’t see any reasonable way that we could trade straight after lockdown. So, this winter I will be working with everyone else who works here on our range of Fannett (came from the voice recognition) local history books. 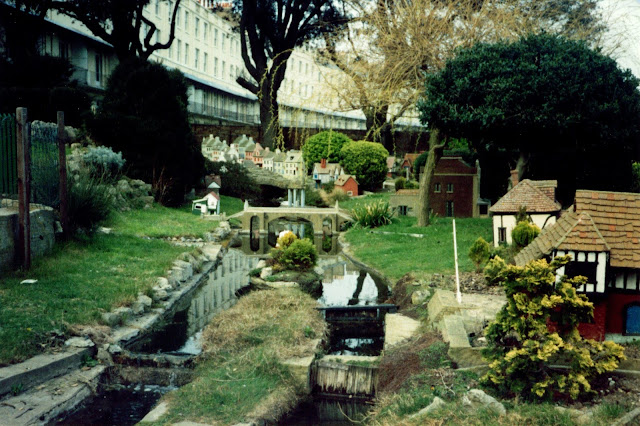 A lot of this is done remotely with people working on local books at home. it's a steep learning curve but we are getting there. 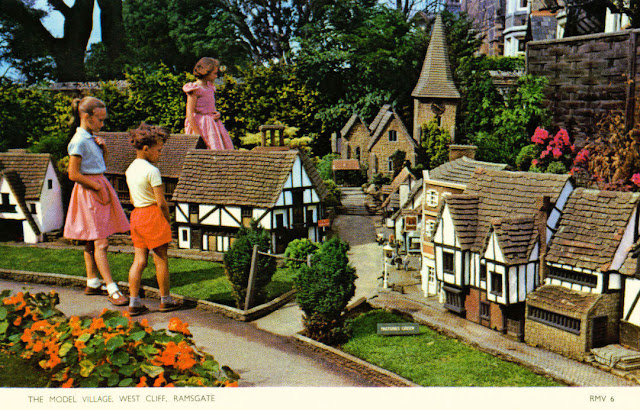 People often ask me why the bookshop has been shut since March, and very soon they are going to be asking me why it isn't opening this December, here are some of the answers.

1 The main problem is buying books, going to people’s houses and looking though the books in their cars.

2 We run the bookshop because we enjoy it, it doesn’t make a reasonable profit although it does contribute to our living expenses. Without all of the different aspects of it running at once it produces a considerable loss, so it’s all or nothing.

3 I don’t want to have to deal with covidiots, I have seen too much of the unmasked and the over browsers in other shops, I guess even with a security and a cleaning staff – which we couldn’t afford it would be very difficult.

4 The narrow passageways among over 100 bookcases in the bookshop, would make social distancing very difficult.

5 I not wanting to spread the virus, which I guess opening would do. 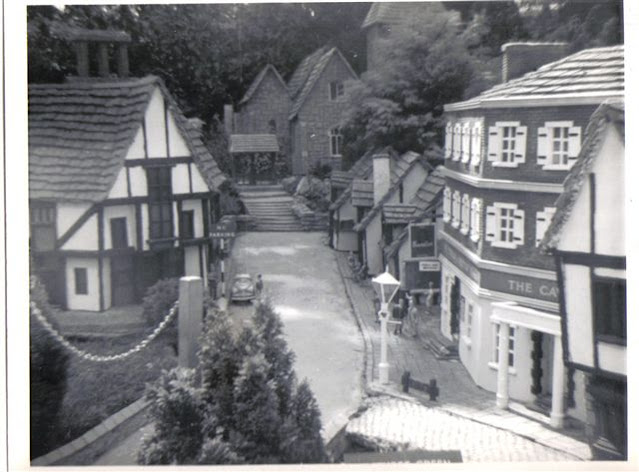 I wonder what people think of black and white historic photos that have been recently coloured using a computer and are now appearing of FaceBook, it’s going to make dating some of them a bit difficult in the future. 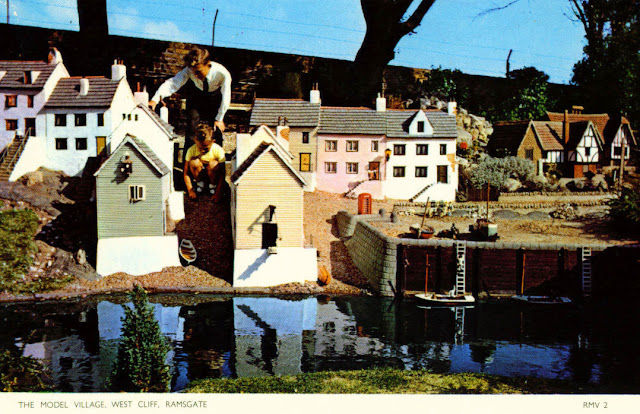 So a different approach to blogging, more personal text although I will endeavour to keep the local history pictures coming.
With Facebook, while I will link the post I think have some appropriate content to Facebook groups I am looking to change the way I use Facebook. 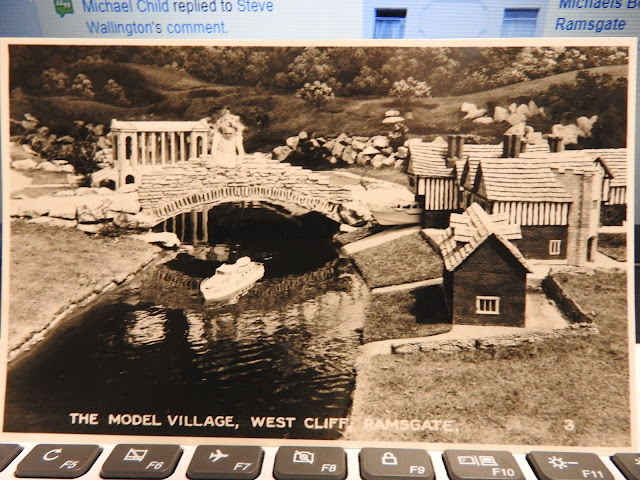 Bookwise on the non fiction front I am reading The Man Who Mistook His Wife for a Hat a 1985 book by the neurologist Oliver Sacks. This carries on from when I last had an interest in psychology and is focused in the area of the sixth sense. I have just read study number 7 which is to do with how the human body knows it is vertical, i.e. why we don't start to tilt when we close our eyes.
When the sense that senses this, our internal spirit level or plumbline goes wrong we do in fact start to tilt, as was the case of the patient in study 7 who was cured by adding a small spirit level to his glasses, a compass to steer his personal ship through reality, if you like metaphors. 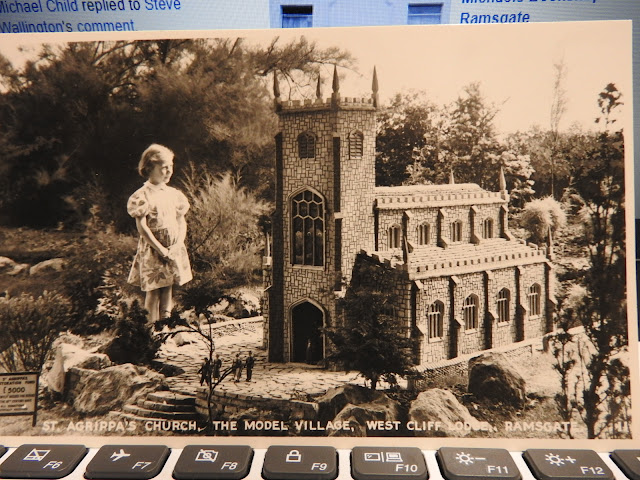 On the coronavirus front the Thanet figures are still pretty bad and not easy to get or compare with other places. The government website showing the last complete day's data for Thanet as 25-11-2020 109 new cases so very difficult to tell if the figures are going up or down..
The great challenge for my parent's generation was WW2, my own family a fairly military lot had members who were patriotic to a lesser or greater extent. While in terms of potential fatalities, climate change is our great challenge, the current coronavirus pandemic brings out all sorts of issues.
I guess there are parallels between not wearing a mask in the supermarket and showing a light in an air raid, although this is greatly complicated by disability related issues. The best parallel for me at the moment is the people who say they won't be vaccinated.
Perhaps the penny will eventually drop that vaccination is as much about protecting other people, especially doctors and nurses, as it is about self preservation.
Anyone wanting to read the report published today 30th November 2020 on the tier system here is the link 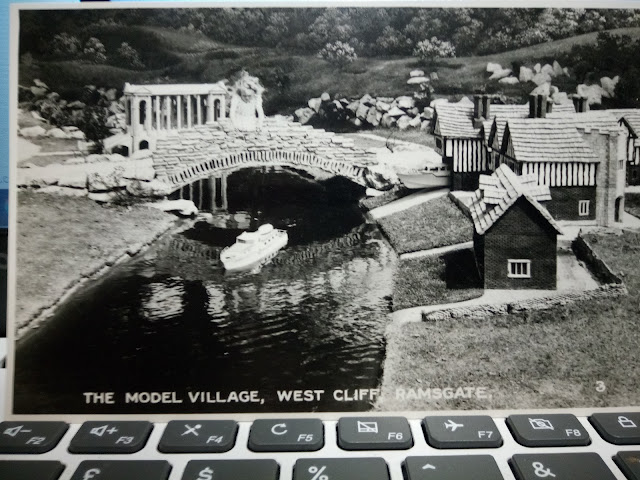 On the fiction front I am still reading Cassandra Clare and currently in the middle of the The Infernal Devices series. I think her book will be a good recommendation for Harry Potter readers who having reached the end of the Harry Potter books are looking for something to read at about the comprehension and emotional levels of the last bit of the last Harry Potter. 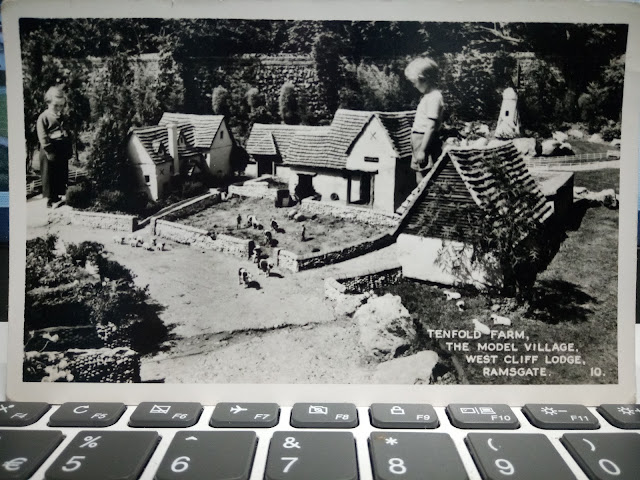 next the model village video same vid put in 2 different ways******1
2*****************
I hope this works I'm still getting used to the new blogger editor, neither method satisfactory i.e. worse than the old editor, the second is marginally better I think, but ver seat of the pants computing the asterixis were to find where to put it in the html

which looks like this and is easy to get lost in 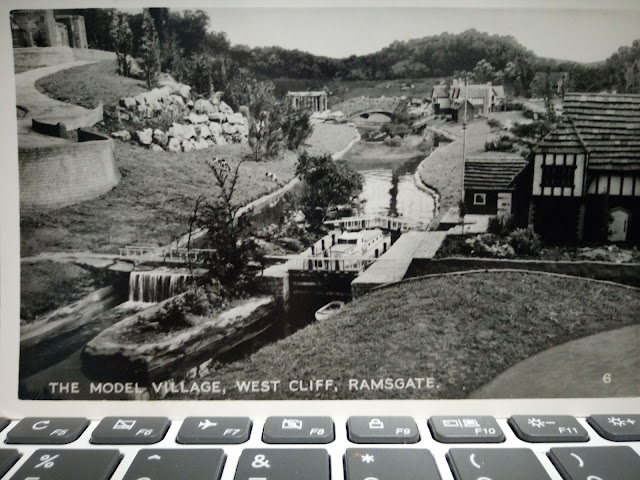 At this point I have to publish the blog to see if the video works, however I will go though correcting stuff and adding stuff, that has sort of worked.
I don't think we will ever see model villages again, I don't think you could combine having one and paying the people who lived there a living wage. 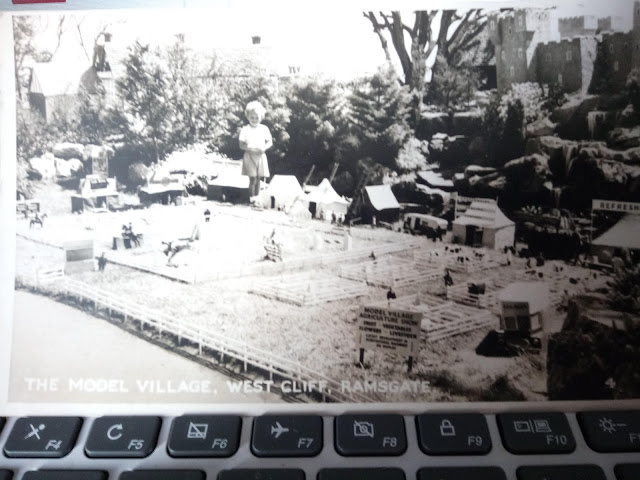 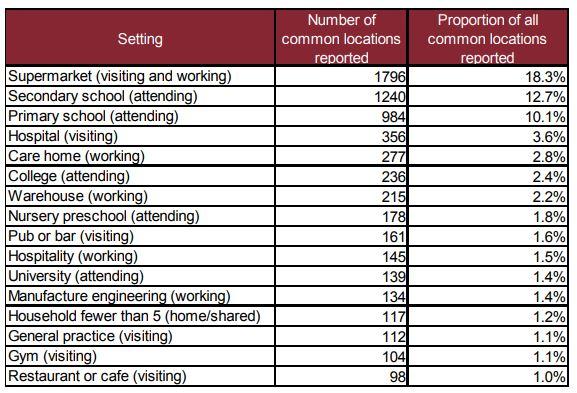 The NHS has published a list of the main places where the virus was caught, parts of it are a bit at odds with the government action, but it does give you some idea why some of the lockdown and tier measures have either worked or not worked. 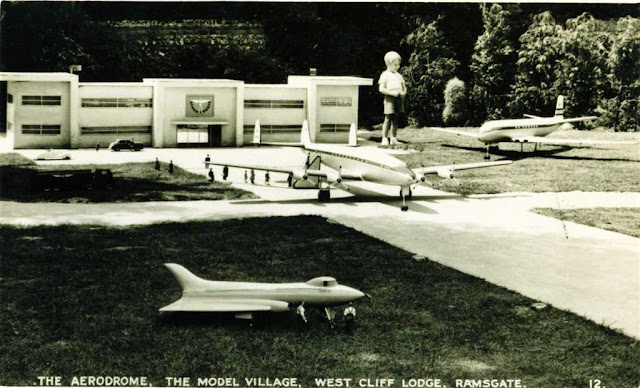 With Ramsgate assets like the model village I do wonder if there is any way forward in terms of keeping or getting them going using volunteers. We have tried the Maritime Museum approach of handing it to a charitable trust and that didn't work. We have had a town council for some time but still our attractions decay - Like Westcliff Hall aka Ramsgate Motor Museum or become residential developments like Pleasurama. 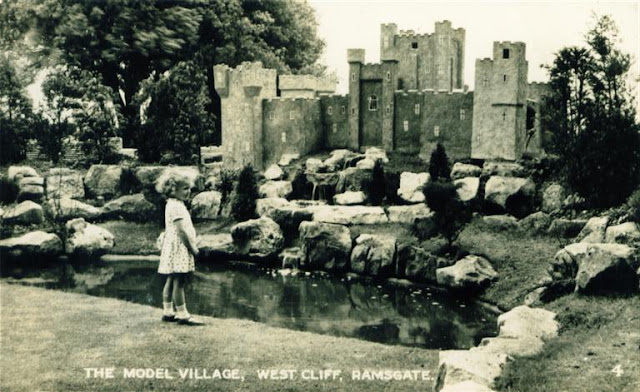 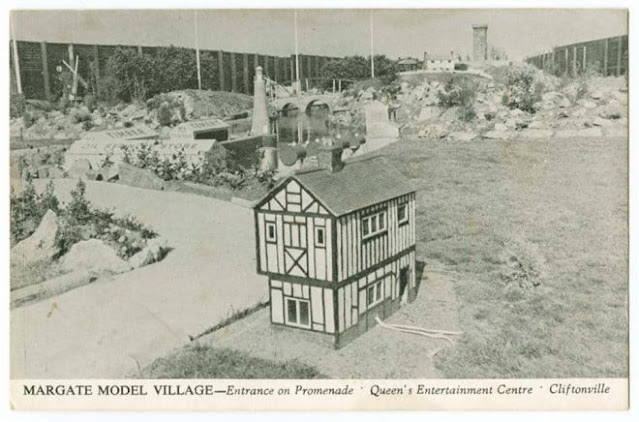 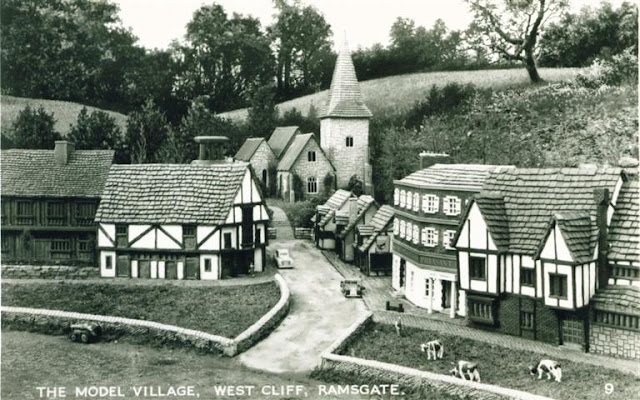 I have been very busy mostly setting up remote working. I aim to post more often as the kinks smooth out. As a very small publisher, just over 200 titles about Thanet and only 3 people working on our publications from home using MS Office it should be easy, but it isn't.
It has been critical to get everyone to do their windows updates, including optional updates (mostly drivers) manually and on a daily basis. The message saying Windows is up to date often proves faulse when the update link is clicked on. 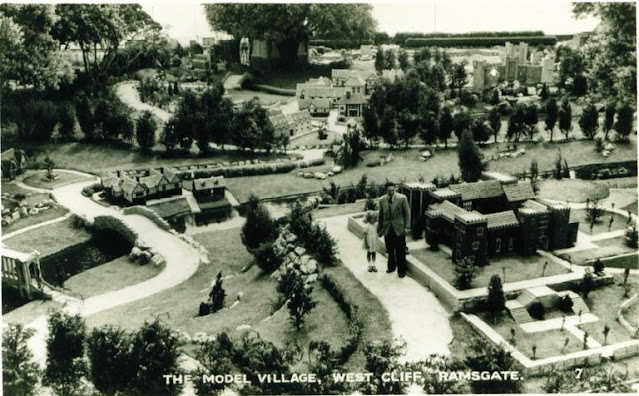 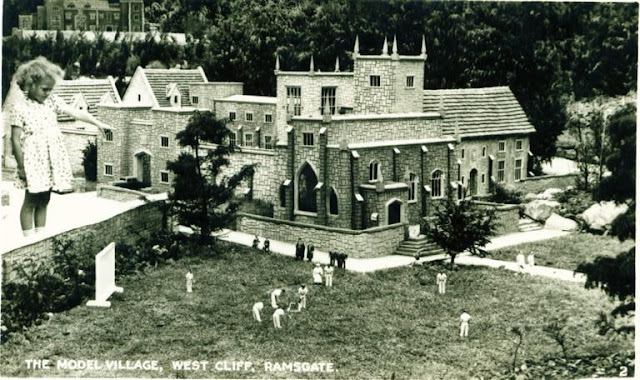 Posted by Michael Child at 12:28 No comments: