Ramsgate and the Labour years 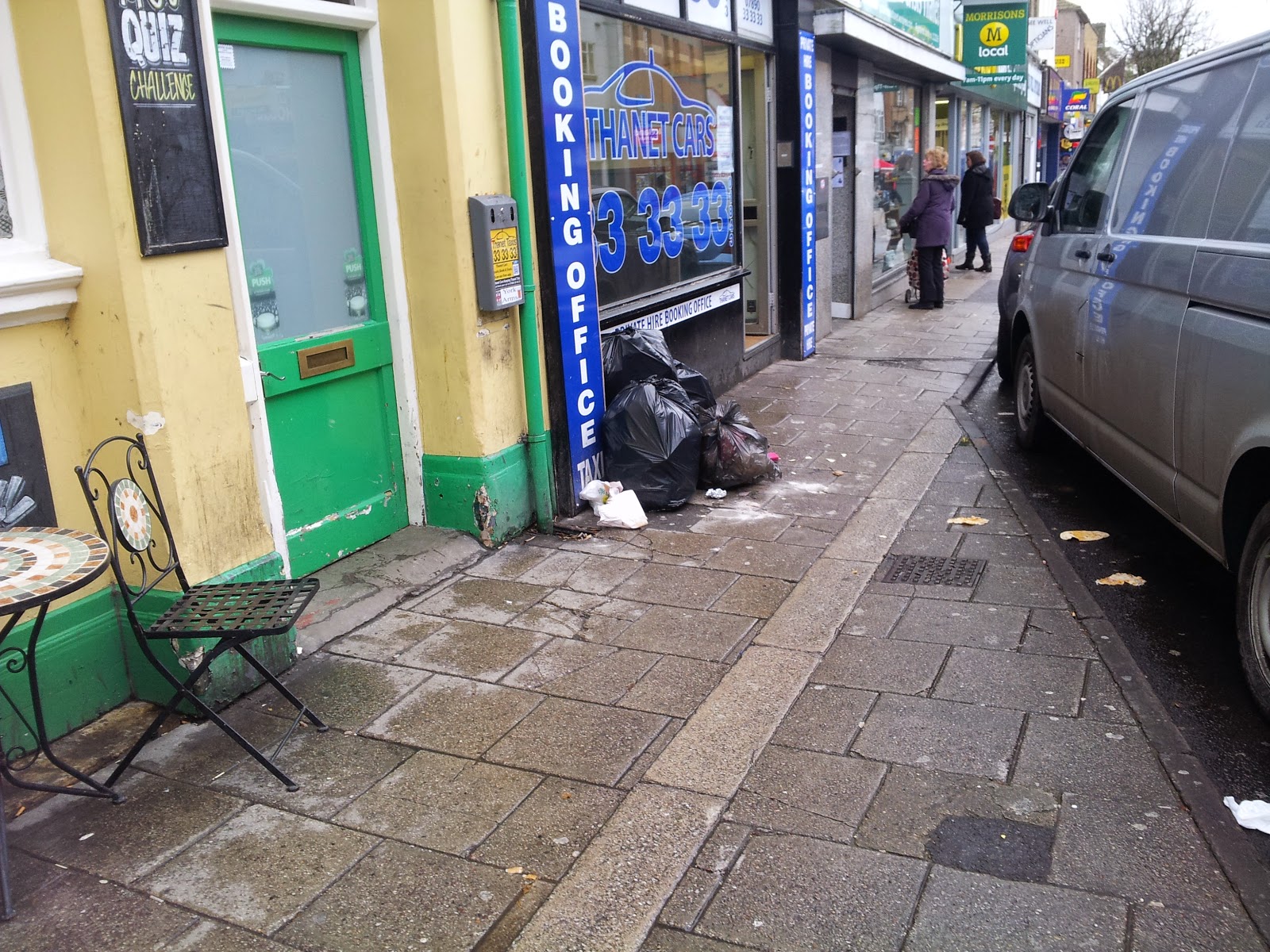 Just before lunchtime yesterday – Friday – market day in Ramsgate I walked down King Street from my bookshop. With all of our UKIP councillors at TDC, the UKIP offices being at the end of King Street and KCC being responsible for blocked drains and uneven pavements, this is a journey that provokes some thought. Perhaps UKIP councillors float in the air with their eyes shut, perhaps they are just ignored at KCC, perhaps blocked drains and uneven pavements are something they just don’t notice. 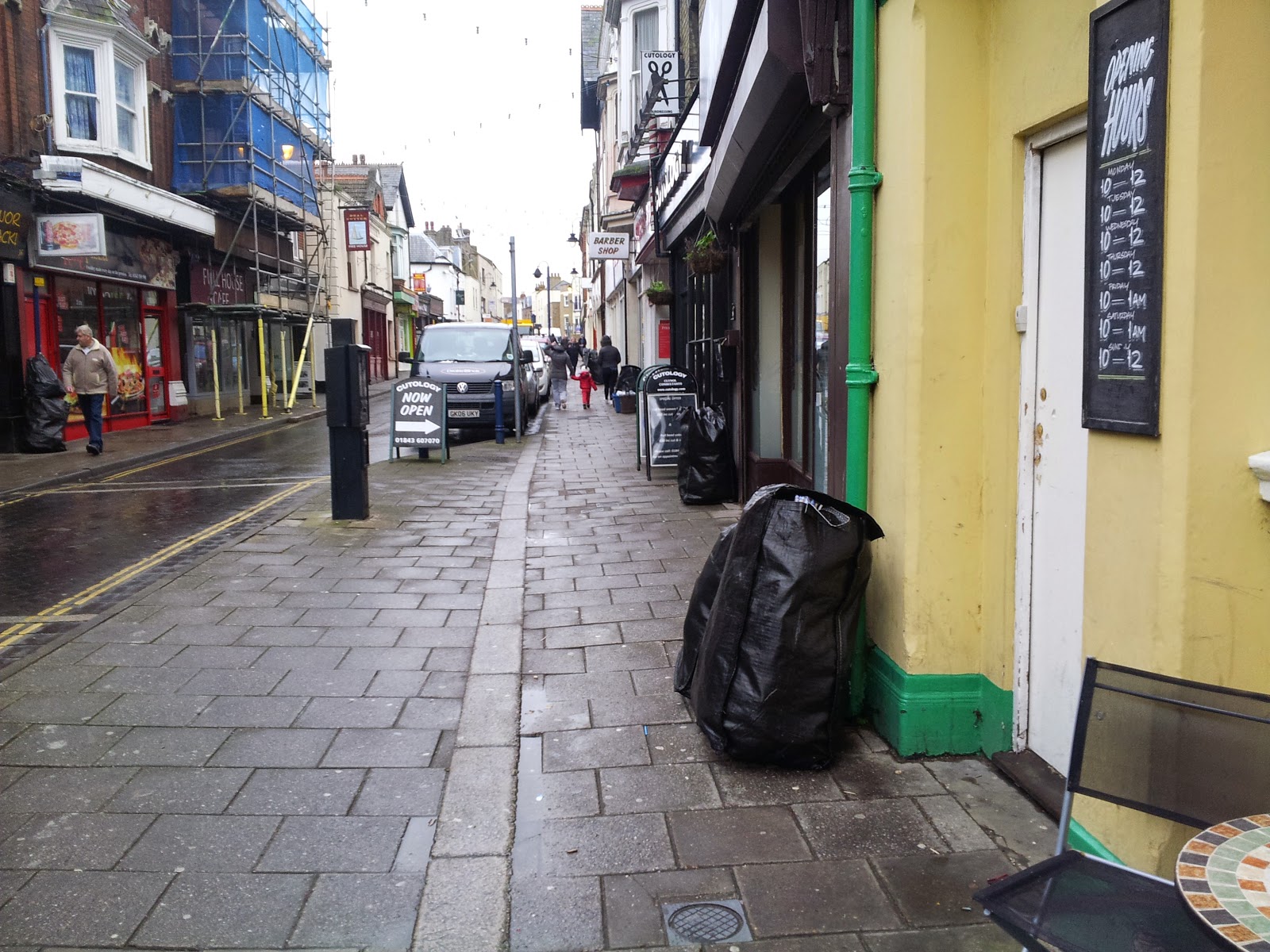 Moving the rubbish collection to late on Friday morning is down to TDC and with so much invested in Margate at the moment, with Dreamland due to open soon, I guess it is at least understandable why TDC would want Ramsgate to fail, any of those shoppers they can get out of Ramsgate may just go to Margate, a forlorn hope but there you go. 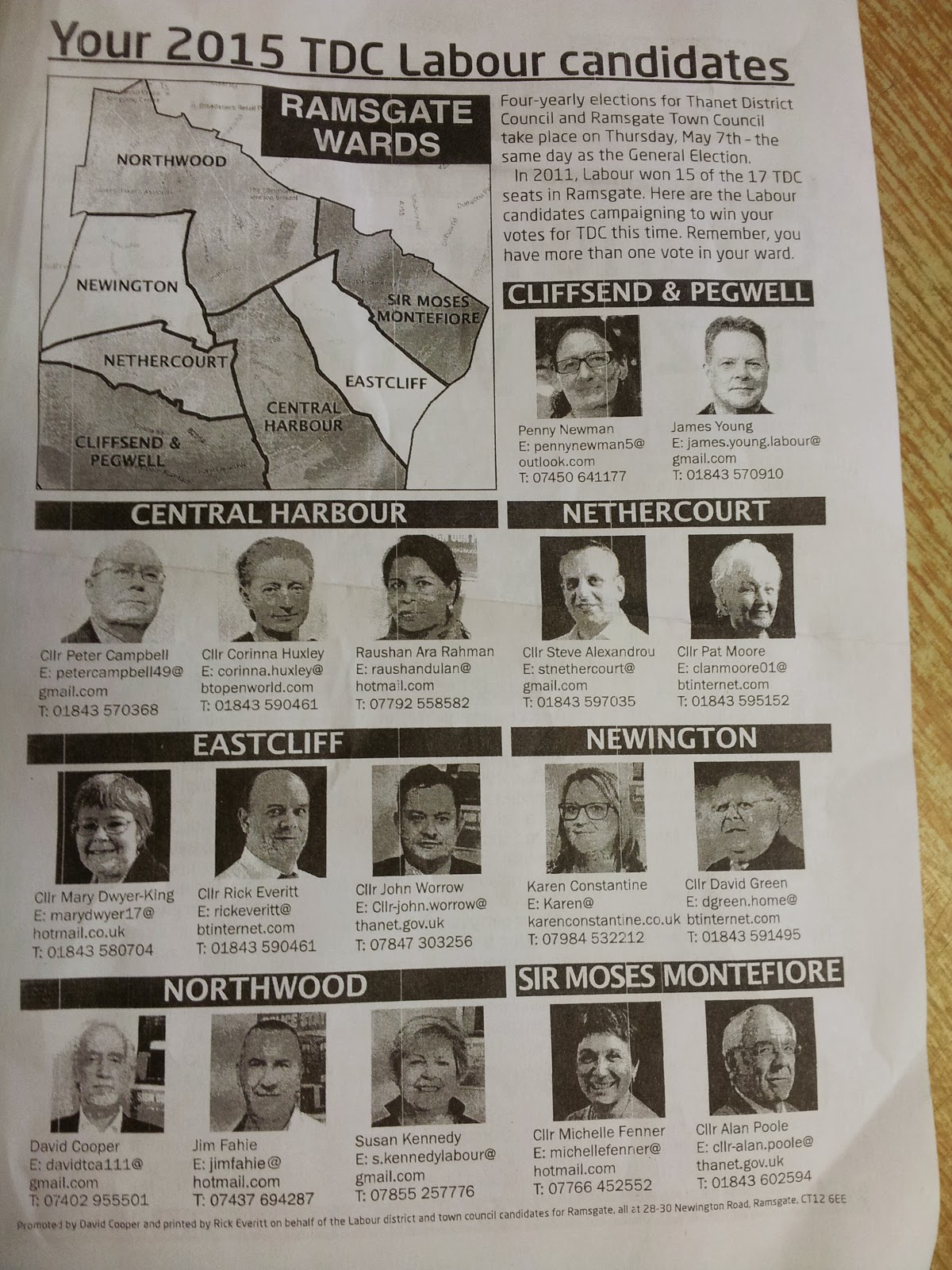 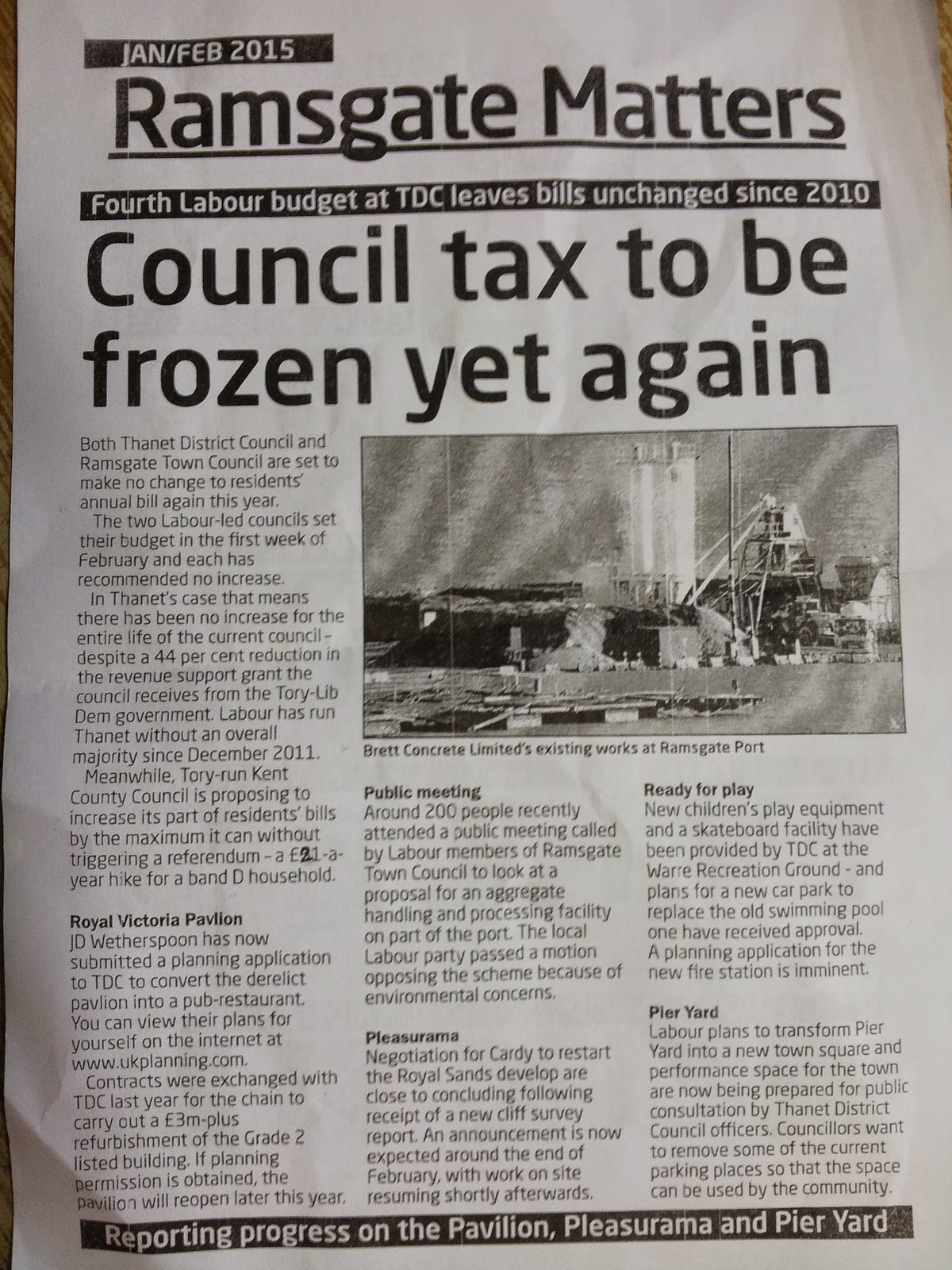 My guess is that the results in this election are going to be something of a three way split here in Thanet, Labour, Conservative and UKIP, but will many people who vote say UKIP on one ballot paper, vote differently on the others?

So how did Labour do? Their leadership of TDC hangs on getting voted in in Ramsgate. So have they done much for Ramsgate.

The main Ramsgate issues below and how they have faired under three years of Labour.

Night Flights: Well the airport has gone and I don’t think it would be easy to attach much blame for this to any political party, so no real score here.

Maritime Museum: open for most of the summer: 6 out of 10

Town centre: well buying up a significant shop in a pretty much fully let shopping parade next to the main car park to turn the shop part into social housing, this has to be a minus 10.


Pleasurama: no change so no score.


Port Ramsgate: this would have been a no score, but with TDC ex senior officers putting together their rubbish plan I think this may be a minus 10.

Of course at this point it may be a good idea to speculate where we would be if the Conservatives had stayed in power, my guess and this is only based on what they managed to do for Ramsgate during the 8 years they were in power, is that we would have been even worse off.

I asked the Labour councillors various questions and got the expected answers apart from when I asked them if they had had a flutter on Will winning the parliamentary elections and becoming MP for Thanet South. The odds are 8 to 1 at the moment which I think is pretty good, and no they hadn’t.
I may ramble on here
Posted by Michael Child at 17:55 20 comments: 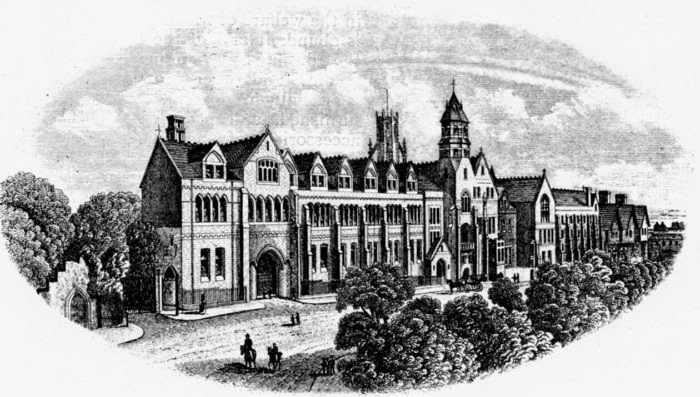 I think the new results were actually released yesterday, click on this link http://www.education.gov.uk/cgi-bin/schools/performance/search.pl?postcode=ct11+8ny&distance=5&phase=all&searchType=postcode then click on the individual schools name.

Some of the Thanet schools seem have dropped a very long way from the 2013 results to the 2014 results.

A summary of the main gist of the thing below, if it works, tables in blogger is a learning curve.

The Ellington and Hereson School

Sorry about the way the tables have appeared it is evident that I would fail GCSE ITC, I learnt on an IBM mainframe class of 68 and something seems to have changed.
Posted by Michael Child at 19:52 3 comments: