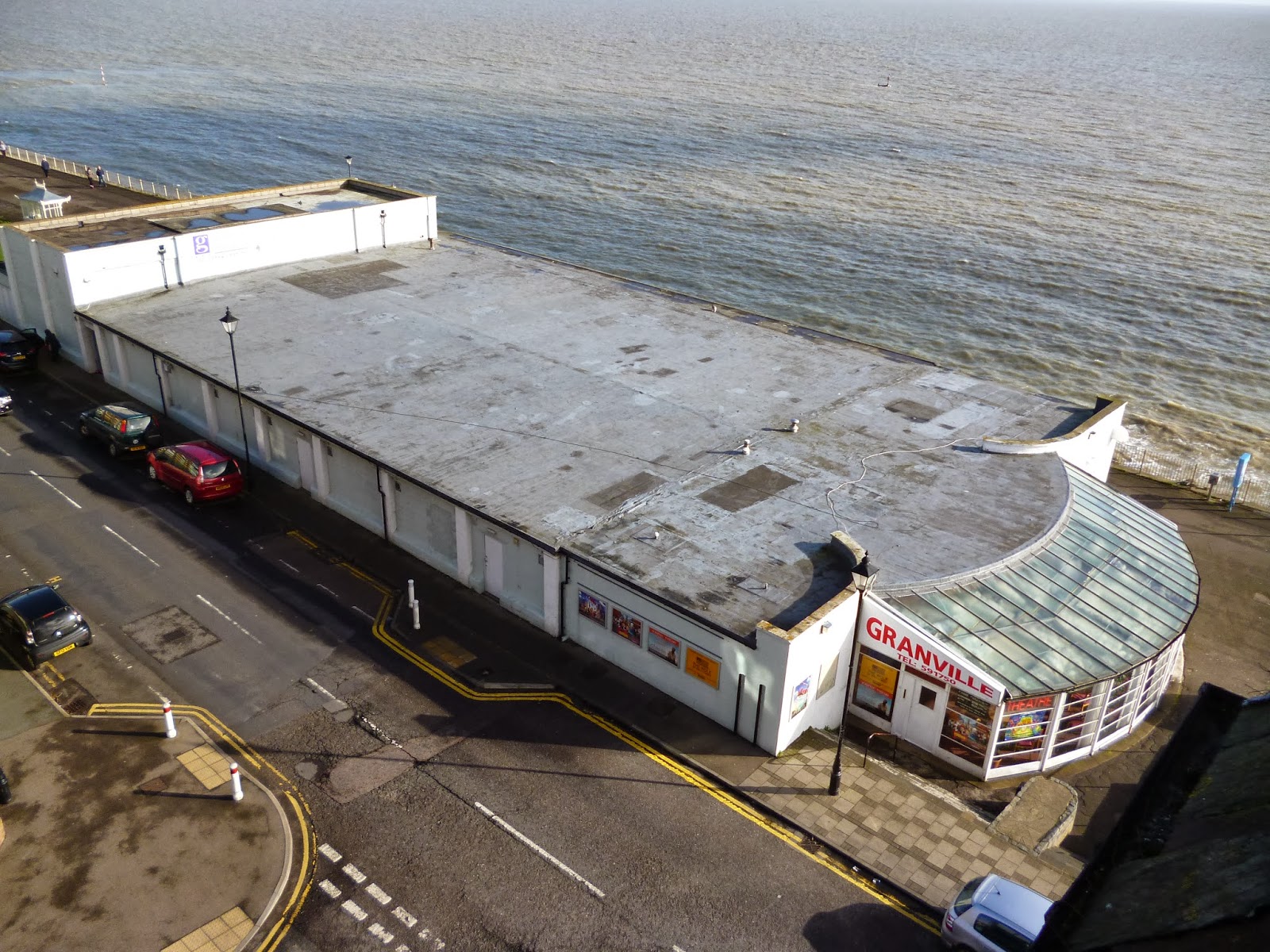 The Granville Theatre, photographed from the 4th floor of Granville House, 2nd February 2014.  The theatre was officially opened on Saturday 21st June 1947.  The theatre was built to replace the Granville Pavilion that was damaged beyond repair in the war.  Building materials were recycled as much as possible due to a shortage of bricks. 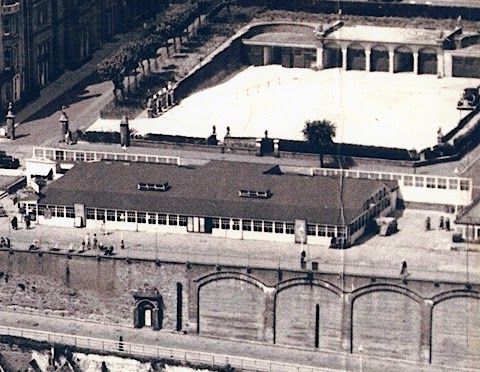 The Granville Pavilion was a low rise structure and was probably no higher than 9 feet.  Notice, that the Granville Gardens in front of the theatre have been sunken.  The 9 feet figure was specified in the 1838 deed of release (sale) for Mount Albion House, as the maximum height for any boundary walls and for any buildings within 200 feet to the North West of Truro Road.  These were covenants binding the owners of the house and gardens of Mount Albion House itself, and were to stop them blocking views from other houses in Victoria and Albion Roads.  In terms of covenants on the land between Truro and the sea, the following is an extract from an advert for the sale of 'The Lawns' in 1875:
The owner of this property has a veto on any erection being put up between this estate and the sea, so the view can never be shut out.
On Marina Road, there is a curious looking door in the cliff.

The Graphic, 25th August 1877.  There are caves under the Granville, but no tunnels extend from the basement.  The door in the picture was the midway opening of a tunnel that begins at number 3 Granville Marina.  On the cliff top, the tunnel opening is located somewhere on the Poldark Court site. 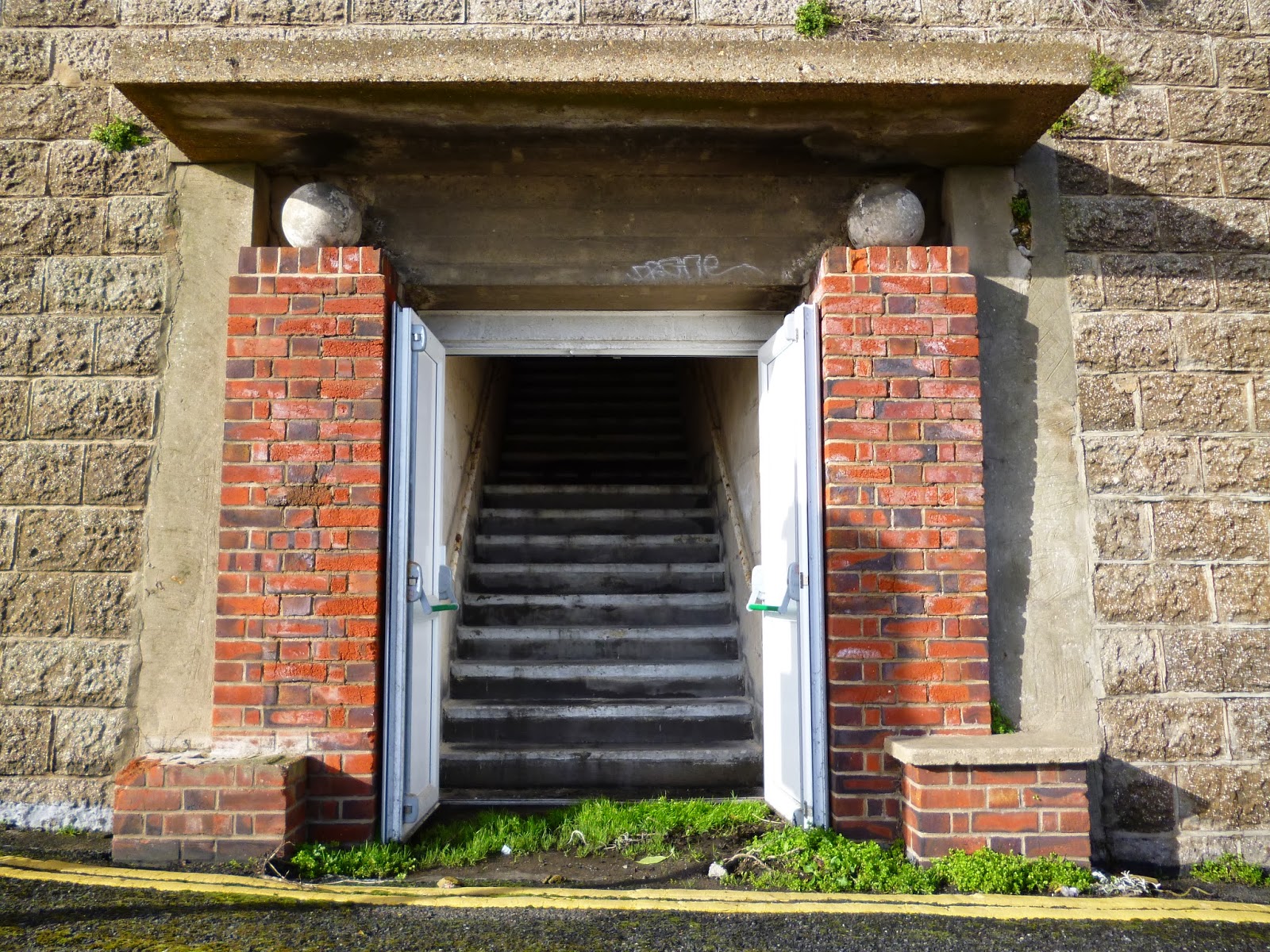 Thanks to Philip Shaw from the Granville Theatre for unbolting the door without triggering the alarm. 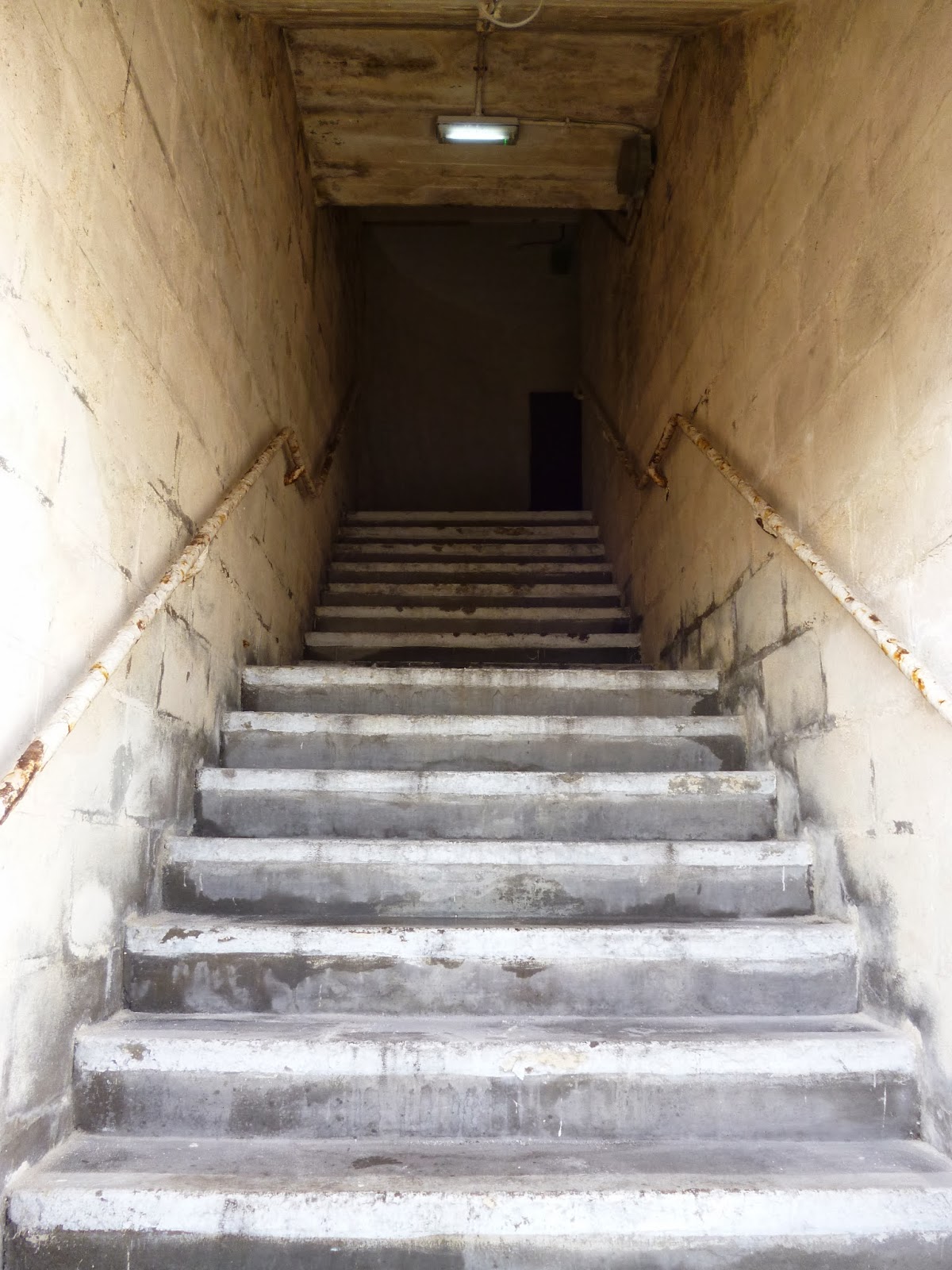 The stairs go up.  Originally referred to as a “private staircase” for the Granville Hotel.  It was used in WW1 as a shelter and again in 1939. The East Kent Times reported that the Granville shelter was linked to the old railway tunnel and provided refuge for 1,000 people. 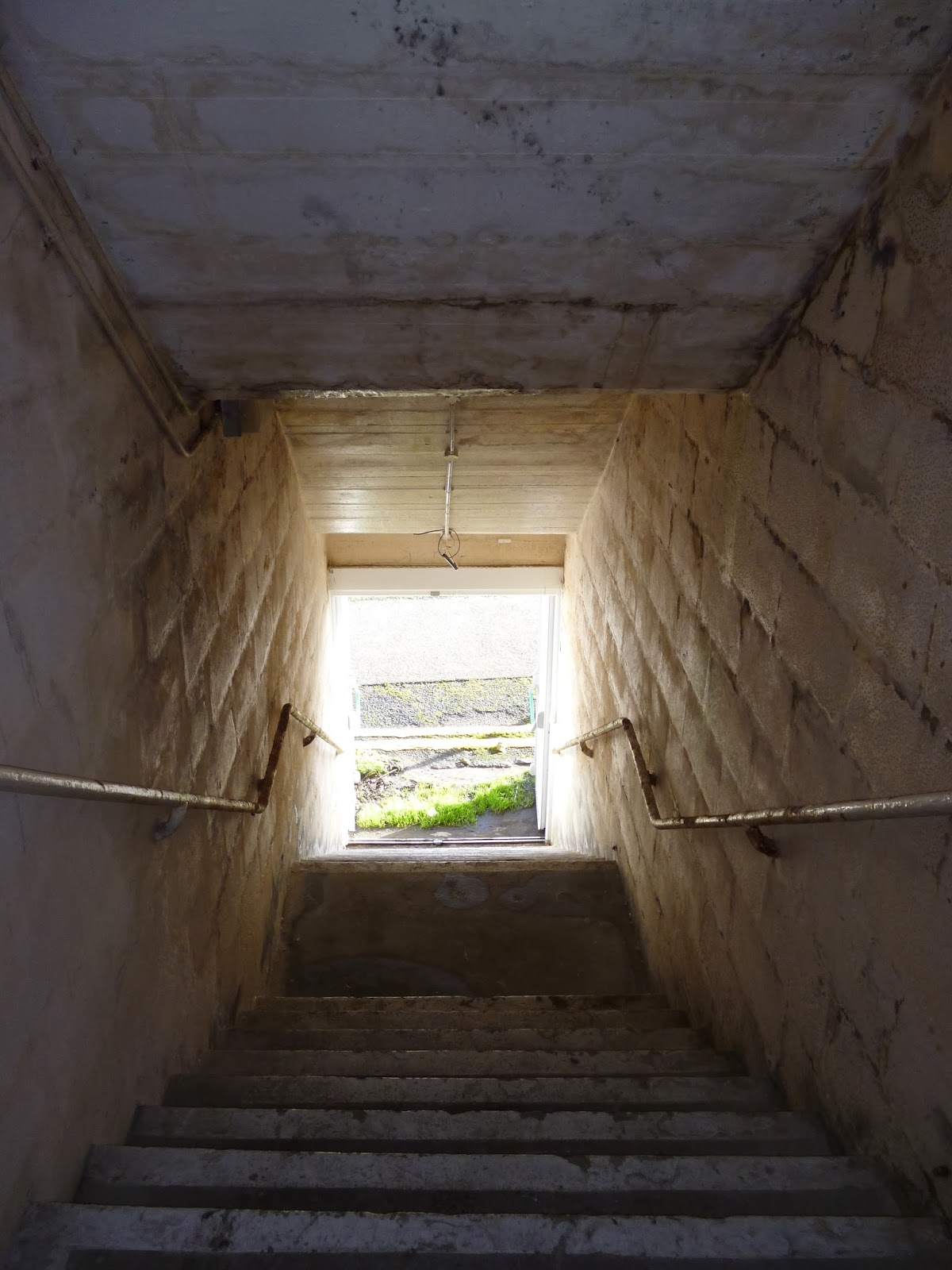 These steps were carved out around 1870 by Edward Pugin’s navvies.  The passageway serves as the theatre’s fire escape. 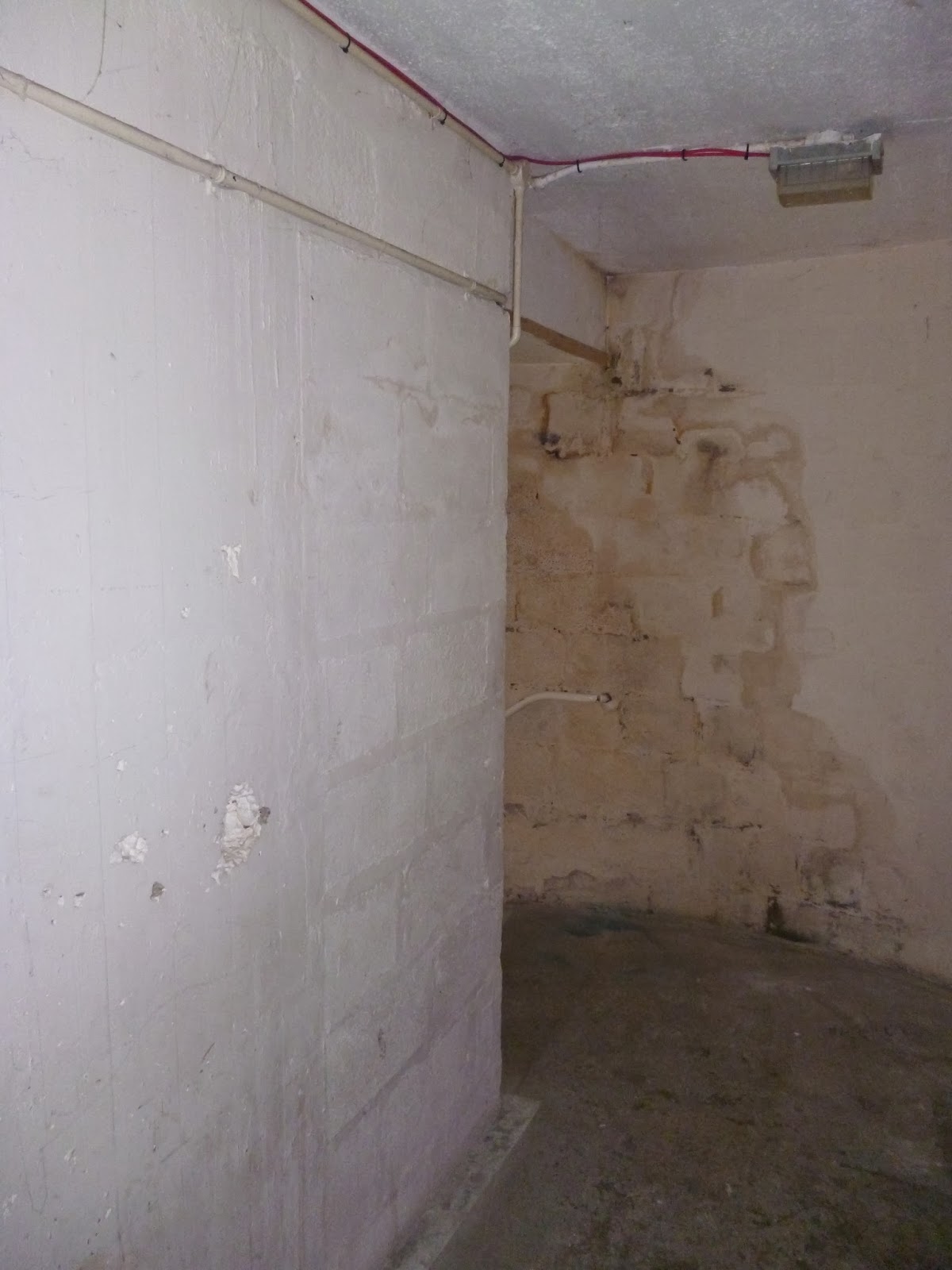 To build the Granville Theatre, an enormous hole was excavated that put an end to the tunnel and shelter.  Unfortunately there is nothing of any historical interest to be found in the theatre’s basement.