The Royal Sands development on The Pleasurama site in Ramsgate Update.

Cllr and TDC cabinet member David Green has put the following on the FORS FaceBook page and I thought it would be useful to copy it to this blog. 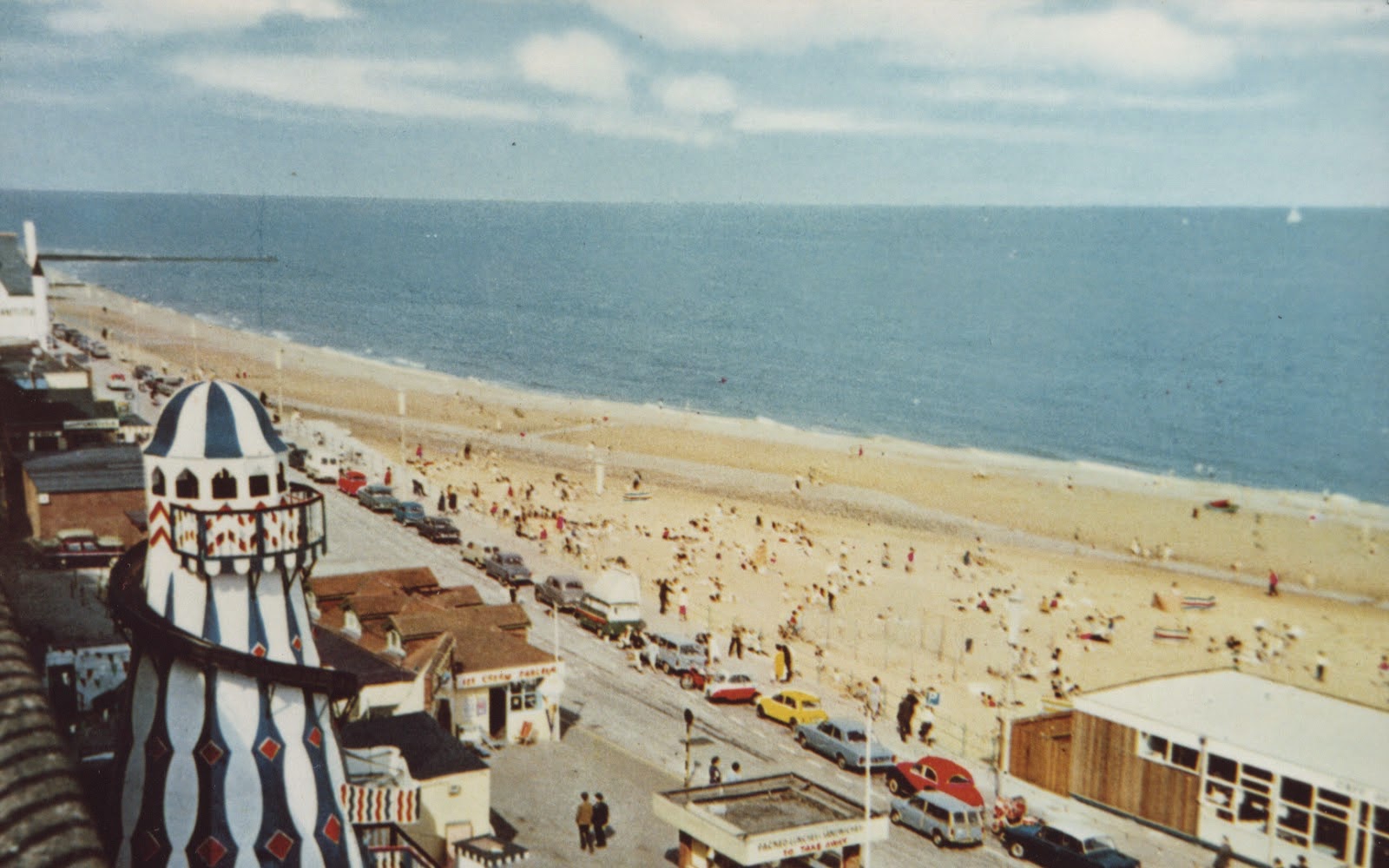 “Royal Sands- Information shared with Ramsgate Public
Bearing in mind Contracts not yet completed. This is what has been shared to date. Final information must wait until after completion date.
Delivery of the Royal Sands development on the former Pleasurama site on Ramsgate seafront will now be taken forward by Cardys after contracts were exchanged today (Friday 13 March) which complete the company buy out from the former owner, SFP Ltd.

Cardys Construction Ltd is a leading building contractor in the South East, Former clients of Cardy Construction Ltd include Emirates, Virgin, Etihad, Kent County Cricket Club and Elite Hotels; a major privately owned luxury Hotel Group.
The agreement will see the scheme built out in accordance with the existing planning consent including a 60 bed hotel, 107 residential apartments, leisure facilities, cafes, shops and even a playground within the Ramsgate seafront site.

The scheme is a key regeneration project for Ramsgate which will support economic activity in the area. It is expected to employ up to 200 people while under development and once completed, it will provide further jobs in the hotel trade, commercial units and in the servicing of the residential common parts.

Cardy Construction Ltd aim to employ local tradesmen and has confirmed it would also initiate a project specific apprenticeship training scheme through the Construction Industry Training Board and the local college.

Cabinet Member for Estates Cllr Rick Everitt says, “"I am delighted that we have been able to reach agreement with Cardy and bring this long-running saga to an end. This is a sensible solution for all parties, but most importantly of all this will bring about the regeneration of Ramsgate seafront and the town more generally.

"The council has had to work within the constraints of existing legal agreements entered into many years ago and I know there are different views about the scheme, but I believe the biggest issue for most residents has been the lack of progress. Now, at last, we can move forward."

Michael Stannard Managing Director for Cardy says, “We’re delighted to be given the opportunity to develop this exciting and prestigious project. As a lifetime resident of Ramsgate I’m aware this development will be key to the regeneration of the town and as a company we’re proud to be associated with such an iconic and important site.”

The agreements include a performance monitoring arrangement including two milestone dates built into the contract so that the council have adequate mechanisms in place to ensure the site is built out.

1. What’s the current situation with the site?
Thanet Council has resolved the long standing problems with the development and are pleased that delivery of the scheme will now be taken forward by Cardys after contracts were exchanged on Friday 13 March.
As is standard practice the exchange of contracts for the land marks the beginning of the sale and upon completion of the sale the council will receive the monies owed. Cardy's will also complete the buyout from the former owner SFP Ventures at this time.

2. Will it be the same development?
The agreement will see the scheme built out in accordance with the existing planning consent including a 60 bed hotel, 107 residential apartments, leisure/retail facilities, cafes, shops and even a playground within the Ramsgate seafront site.
Cardys are confident that there is demand for a hotel in the area and of the appeal of the finished design.

3. Will this support the economic regeneration of Ramsgate?
The scheme is a key regeneration project for Ramsgate which will support economic activity in the area. It is expected to employ up to 200 people while under development and once completed, it will provide further jobs in the hotel trade, commercial units and in the servicing of the residential common parts.
There will be direct employment opportunities during the construction project, Cardy Construction Ltd has demonstrated a desire to employ local tradesmen and apprentices to the project. Cardy Construction Ltd has confirmed it will also initiate a project specific apprenticeship training scheme through the Construction Industry Training Board and the local college.

4. Who are Cardy Construction Ltd?
South East based Cardy’s are a reputable local firm who have good record for delivering projects of this nature. Cardy Construction Ltd has been associated with the successful delivery and restoration of some of the most iconic and important buildings in Kent over the last 70 years including Discovery Park, QEQM Cancer Care, Rocksalt, Kent Cricket Ground, The Sands Hotel, Chilham Castle, Canterbury Cathedral, Kent and Christchurch Universities, Chatham Dockyard, East Kent Hospitals.
Cardy are part of the Considerate Constructors scheme and as such adhere to a code of considerate practice covering safety, workforce, environment, appearance and engagement with the community.

6. Could the Council have advertised for a new Joint Venture partner to develop the site?
No, the council had no legal rights to do this. The council had to work within the constraints of existing legal agreements entered into many years ago. The current situation has only been achieved through the Cardy buy out of SFP.

7. When will the building work begin/finish?
The sale price negotiated included an allowance for Cliff works which will begin on site soon. Cardy’s have begun their enabling works to clear the site and are preparing to refresh the hoardings. Cardys aim to complete the scheme within two years but in any event the latest date for completion is 3 1/5 years.

8. Who will own the freehold once the site is developed?
The development agreement of 2006 made provisions to transfer the freehold to the developer, the developer was in possession of three leases on the land for a term of nearly 200 years, which meant that the council had already effectively disposed of its interest in the site. The new contracts remain true to the original intentions in that the site transfers to the developer but is supported by an option agreement so that the council can monitor performance.

9. What due diligence was undertaken to ensure Cardy Construction Ltd is able to build out the scheme.
The process was documented in the cabinet paper of 16th October 2014 and has now been approved by the Director of Corporate & Regulatory Services & 151 Officer

10. What is the situation with the adjacent cliff wall?
As with the original development agreement, the council retains ownership of the cliff wall and has the responsibility for adequate maintenance. The council retains ownership of all cliff walls in Thanet and has a team of technical experts to review the condition and organise repairs.
The sale price of the site included an allowance for some initial works to be undertaken, funded through the proceeds of the sale with Cardys, which will put it in a good standard of repair. The council will ensure that it is monitored as part of the monitoring scheme it has for all cliffs within Thanet.

Cardy's is due to start work on the former Pleasurama site, which has permission for the building of a 60-bed hotel, 107 residential apartments, leisure facilities and retail units, in the next three months. This will be done after the cliff face work. The council remains as owner of the cliff wall and has the responsibility for maintenance.

Firm boss Michael Stannard has vowed to complete the project in two years after buying out SFP Ventures.

Planning permission was granted in 2005 for the Royal Sands project with SFP at the helm but the project has been plagued by delays. In April 2013 Thanet council agreed to reject a deal to allow SFP to buy the freehold of the site before project completion after months of negotiations and in February 2014 Cabinet members agreed to ditch the development agreement with SFP, but were unable to reclaim the three 199-year leases for the site because they had no long stop date.

Talks with Cardy to take over the project by buying out SFP were revealed in September 2014 and contracts, which include a long stop date, were signed last month.

Valuation advice was given to TDC by Strutt and Parker with legal advice coming from Pinsent Masons.

Thanet council has 'substantially disposed' of its freehold interest in the land (with the freehold transferring to the developer when the project reaches completion) meaning its only continuing legal interest is the right to receive the overage payment.

TDC says information about the deal, including the price paid by Cardy's, 'will be in the public domain' after completion.

Fears SFP boss Shaun Keegan could still benefit from the deal as a shareholder have been denied by Thanet council.

A spokesman said: "The council has undertaken a full due diligence exercise and can confirm that Mr Keegan is not a shareholder in the new company."
Posted by Michael Child at 10:29