Ramsgate photos, history and a post about why I'm not posting much.

Sorry about not posting much, it's the time you see, up until coronavirus I was pretending to work in Michael's Bookshop - here in Ramsgate. A lot of the time that was mostly about just being there, and inbetween customers I would fill in the gaps, writing this blog, replying to comments - where the posts were linked to Facebook groups.

I am used to bookselling and haven't had a holiday since the mid 1980s, haven't had the spare time to do major bits of DIY and decorating. To be honest there is only one aspect of bookselling that I don't enjoy very much and that is using the computer.

The following pictures and maps are from the 1809 Thanet guide.

This was published during the Napoleonic Wars although it doesn't mention them at all. 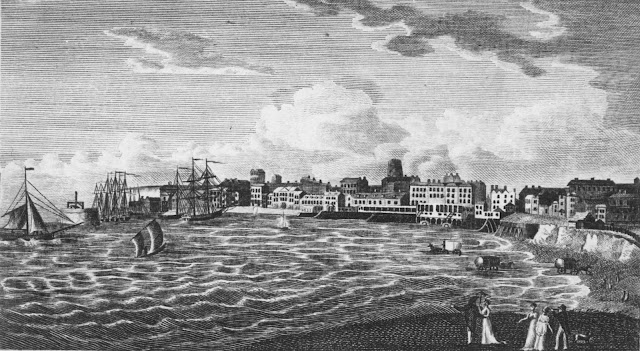 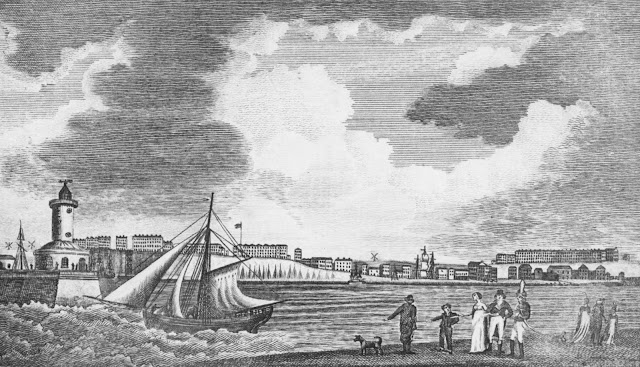 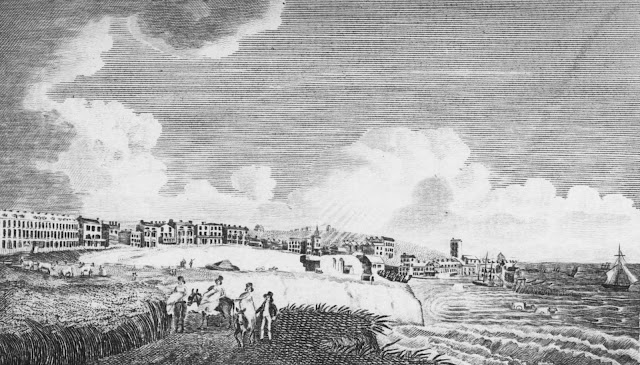 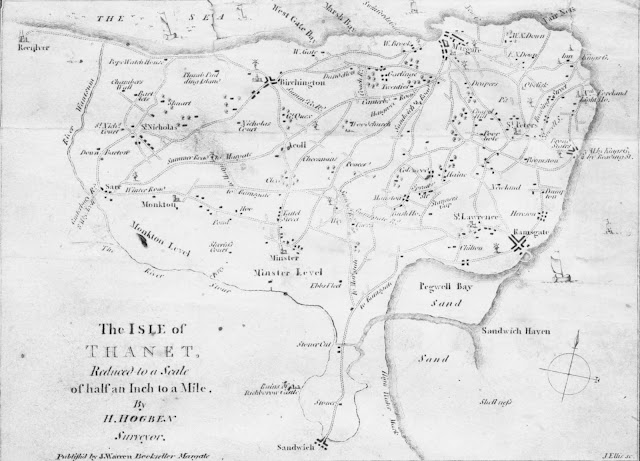 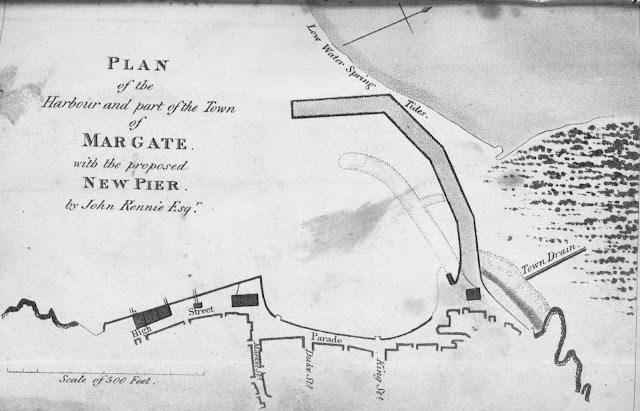 The only indication that we were at war is the soldier in the picture of Ramsgate.

I am still answering local history questions that come to me by email and ones where I am tagged on Facebook. here is one from today.


Barry James "You could ask Historic England and Michael Child who runs the bookshop in King Street."

Michael Child Start with the large scale 1849 map, follow the link, most of those buildings around rental houses for officers training in ramsgate forr the napoleonic wars were for stabling their horses

Michael Child "As far as the history of one building in Ramsgate goes the first street directory is going to be 1880s and with the napoleonic wars finishing in 1815, you probably won't. There is very little written on Ramsgate's part apart that it was an officer training and disembarcation point for troops. Even if you approach the problem with a good grounding in english history and architecture around 1800 you soon start to realise there isn't much to go on. Ramsgate and Margate libraries (closed at the moment) have some local papers from that period on microfiche, it takes about an hour to do each paper. If you have a lot of time and money to put in and don't expect much out, you may get something. There are also plenty of online firms that claim to produce house histories (mostly made up) Ramsgate rate books are in the county archive £45 per hour for an archivist's time. When we get the bookshop back open and the libraries are back open you can look at stuff, but for the time being it's buy before you try."

Just now I am pretty much lost for words looking at the news recently.

Coronavirus where the UK gov, media and opposition have failed us so badly so the UK has pretty much the worst death rate in the world.

The police and policing is just another example where the UK gov, media and opposition have failed us so badly. Running an independent shop gives a pretty thorough insight and on the whole gov, media and police drop bits of sand in the oil of smooth day to day running.

As you can see Ramsgate Sands Lifeguard Station in now up so hopefully we will get lifeguards soon.

With Pleasurama and the development, I still wonder, does anyone know how high it will be relative to the cliff, will we be able to see over the top of it from Wellington Gardens?

Here is the link to today's photos

if that wasn't enough

link to some from the other day
Posted by Michael Child at 17:32