The Ripper in Ramsgate 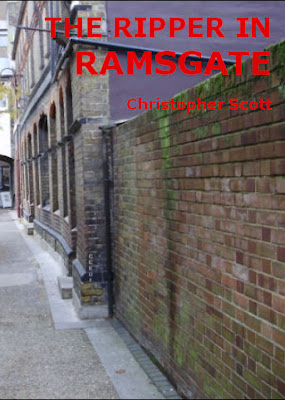 I am just printing a new book about The Ripper in Ramsgate A5 50 pages £3.99 post free in the UK.

In the autumn of 1888 a series of brutal murders gained lasting fame and will be forever associated with the name of "Jack the Ripper." This infamous and unidentified killer has passed into folklore and myth as the most notorious murderer in history. The Whitechapel murders became a cause celebre which spread suspicion and speculation to all parts of the country. This book examines some of the connections between these infamous killings in the East End of London and a seaside town in the East of Kent, our very own Ramsgate.
Who was the mysterious lodger who stayed in Ramsgate two years after the murders?
Why did the brother of one of the main suspects come to live in Ramsgate?
Who was the eccentric artist who lived and taught in Thanet, believed by some to be Jack the Ripper?
What was the connection between Ramsgate and a former lover of the Ripper's last victim?

Click here to buy the book and for sample pages.