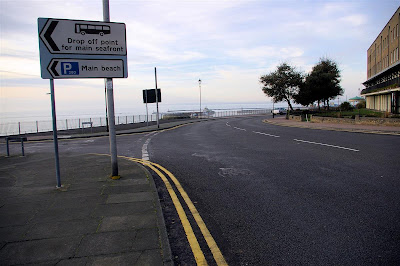 The latest plans for this development still show the main bus and taxi access to this site as being down the incline road between the top of Augusta Stairs (opposite the end of Augusta Road) and the two car parks one where Nero’s was and the other where the Marina Swimming pool was. 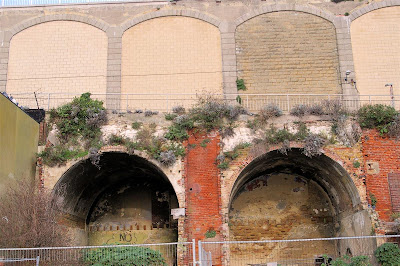 I have raised concerns in the past about the arched viaduct at the bottom end of this slope (past the remains of the Marina Restaurant) being able to support the weigh of the traffic for the life of the development.

Today I am concentrating on the upper part of this slope, which has something of a history of collapsing.

For clarity it is best to separate it into three parts and I will deal with them one at a time.

Starting at the top with the area by Augusta Stairs, this part of the chalk cliff collapsed in November of 1955 taking the previous steps there with it.

Considerable reconstruction work was carried out there during 1956 and 1957 to provide a concrete structure that both supported the cliff there and provided new steps for pedestrian access. 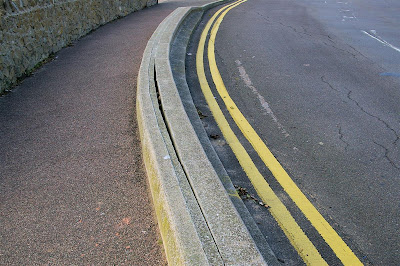 Unfortunately the civil engineers that designed this structure considerably underestimated the destructive forces involved in our cliff collapses. Four months before the work was due to have been completed, in February of 1957 a further collapse knocked down much of the support work that had already been done and much stronger work involving the use of much more concrete produced the steps we have today.

As you can see the photograph avove (taken this week) the chalk cliff here is once more moving outward, the tell tale cracks in the road surface and the displacement between the pavement curb and the raised curb, to prevent out of control vehicles going over the cliff are indicators. 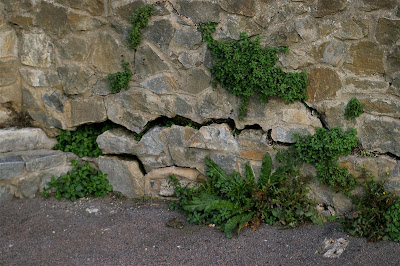 The ground here also appears to be sinking, as you can see from photo above the bottom of the wall between the road and the top of the steps. Let us hope that the engineers didn’t guess wrong the second time. 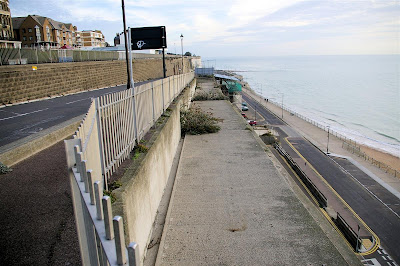 Next the cliff façade here also collapsed this was attributed at the time to a fault in the cliff some distance back from the cliff face, the solution to this was to build what they called marina Road Balustrade, picture of the top of it in the photograph above 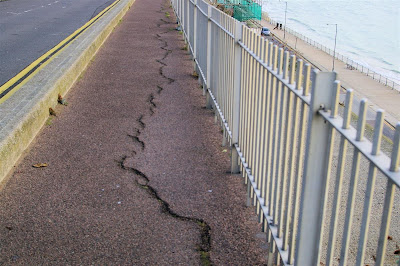 Unfortunately as you can see from the photograph above it would appear that another fault is developing in the chalk some distance behind the cliff face. 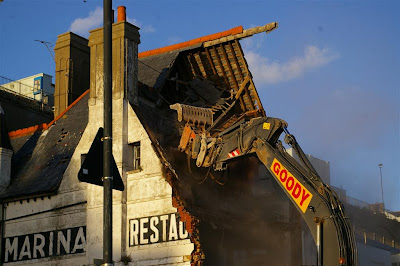 Finally if you look carefully at the walls of the Marina Restaurant you will see they are unusually thick and from the considerable difficulty in demolishing them, evidenced by the lack of cracks even close to the stresses caused by smashing the roof in, very strong.

My research into this sort of Victorian civil engineering suggests that the primary function of these walls at right angles to the cliff face and connected to it, were to support it. This is probably the reason that the cliff only collapsed down to this point in the 1950s.

Now most of the walls have been knocked down one wonders about the cliff support between the balustrade and the viaduct.
The council tells me that they are quite happy to have set a 40 tonne weight limit on this road, but then they have a vested interest in selling the site.
Posted by Michael Child at 16:43