Would the council be prepared to kill local residents by negligence or incompetence?

After yesterdays post I found myself once again having to defend my position in criticising the council's experts. The question raised was essentially, why do I think that I should raise concerns about the likelihood of cliff collapses instead of trusting the council’s engineers?

Civil engineering is hardly a new science, the Romans built The Coliseum using concrete, Canterbury Cathedral hadn’t fallen down last time I looked. In fact one thing I notice about the structures that have been built here in Ramsgate and round about is they very seldom fall down.
Historical records here hardly ever mention buildings falling down, hence the expression, “safe as houses”. Some times they get knocked down or burnt down and not always by accident but that is a different story. 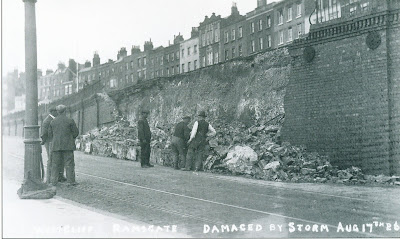 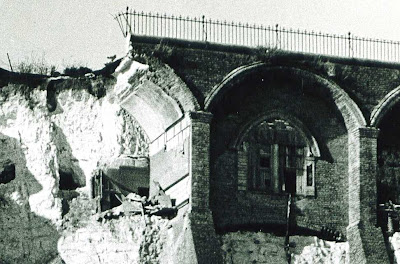 Did Pugin make no stress calculations when he designed this arched structure in the mid 1800s, it would certainly be brave of me to call him incompetent, were the council’s engineers incompetent who were looking after the structure when it collapsed in 1947? 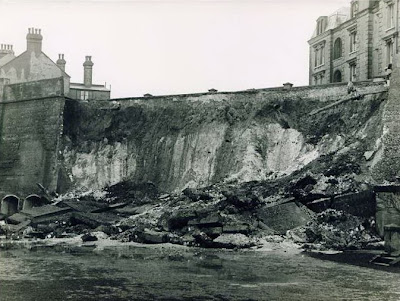 When this one went had they actually calculated it would happen or did it come as something of a surprise to them? If you had parked your car there would they have come along and said sorry, the slide rule was upside down, I should have put more water in it, or some such thing. 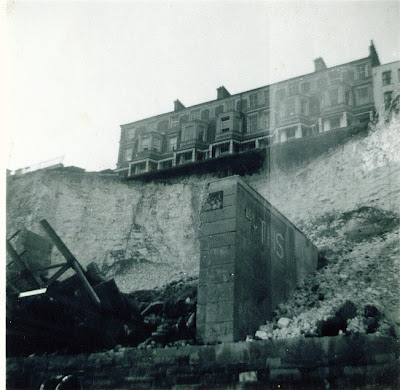 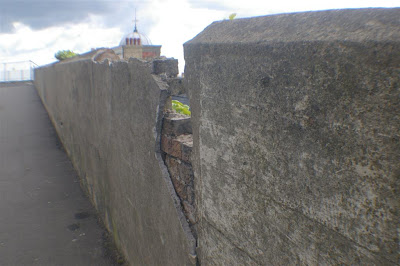 Of course they are very careful about cracks appearing in cliff support walls at the moment, the picture above is of the one just behind the houses in Kent Terrace, I bet civil engineers from the council are down there measuring it often so they know just how bad it has to get before it collapses and demolishes the houses below. 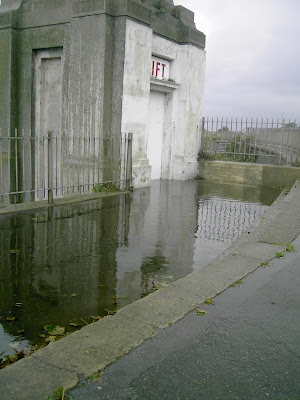 In this day and age conscientious council engineers are always on the alert for a build up or water on sensitive areas of the cliff top.
Posted by Michael Child at 16:40