A few pictures of Ramsgate Harbour and an Easter rabbit. 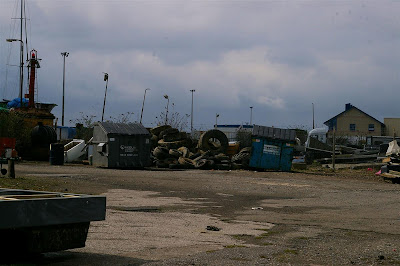 Walking around the harbour this morning it occurred to me that one of the main blights on the harbour is the number of empty, disused, misused and or ill maintained council properties.

I can’t help wondering if something hasn’t gone badly wrong in the council’s estates department, coincidentally two important organisations seem to be likely to leave the harbour because the council won’t give them security of tenure.

In the case of Marlec Marine see http://eastcliffrichard.blogspot.com/2010/03/council-tries-to-ruin-local-business.html this seems to be a case of the councils estates department playing a silly game of waving the rulebook, instead of supporting an important local business.

Security of tenure also seems to be the problem with the maritime museum. 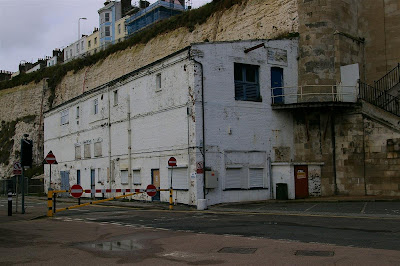 It makes one wonder what the situation is with The Eagle Café and some of the other empty buildings and badly used land around the harbour.

One of the largest council owned structures there is the arches something that by its very nature it is difficult to determine how many of them are disused of in a bad state of repair.

Here is the link to the pictures http://www.michaelsbookshop.com/410/id4.htm

A quick glance at the local news feeds revealed that The Monster Raving Loony Party is looking for candidates to stand as candidates in both of the Thanet constituencies see http://www.yourthanet.co.uk/kent-news/Are-you-loony-enough-for-Thanet--newsinkent34537.aspx?news=local I had thought that I might stand in Thanet South, however as there seems to a possibility of getting elected I don’t think I will.