The General Election in Thanet South on the internet and other Sunday ramblings. 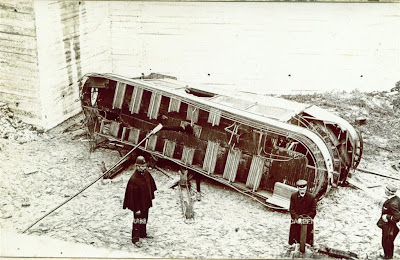 The way the local politicians here are handling internet use in what is likely to be a closely fought seat is something that I find most interesting.

Putting up their press releases on http://thanetpress.blogspot.com/ is a continual reminder to me, today I noticed that Steve Ladyman is once again ahead of the game in that he has hosted his first video on youtube

I have embedded it below.


In the past he has just put his videos up on his own website http://www.stephenladyman.info/ this has one advantage from a politicians point of view, which is that no one can tell how many people have watched it, a bit cynical of me perhaps, but it wouldn’t look good for any politician if hardly anyone watched it as was the case with The Turner Contemporary’s videos.

Conversely this has the great disadvantage that people can’t embed the video in other websites, so far fewer people are likely to watch the videos.

On the whole Steve’s website is a pretty slick affair IT wise the only thing that I have noticed technically wrong with it, is that not all of his press releases feed properly.

Frankly the only big blunder on it is the link that says, “we want to hear from you” off you go to comment and then you find you can only do so if you are a member of The Labour Party, bit tough if you are just one of his constituents, and PR wise not so good.

Laura Sandys the Conservative Party candidates website is not so good http://www.voteforlaura.org.uk/ as it often has technical problems, at the moment there is a lot of HTML visible on the home page.

The video embedded there dates from February (Labours Death Tax) and not even Members of the Conservative Party can comment there.

Peter Bucklitsch The Liberal Democrat candidate’s only web presence seems to be 6 paragraphs on the party’s site http://www.libdems.org.uk/parliamentary_candidates_detail.aspx?name=Peter_Bucklitsch&pPK=5f985397-2dd8-44d7-aec8-9e5189577fb6 since is says that he works in computing, it rather suggests that he is only contesting the seat, in word and is neither trying to win it or expecting to get very far.

As for Trevor Shonk the UKIP candidates web presence at http://www.ukipthanet.co.uk/ from an internet point of view, it as though he is actively trying to lose. It’s worth having a look at just to see how not to do it, is closest to one of those blogs that are coverd with advertising and where only one comment has been made since 2008. if it tells you anything about their candidate I couldn’t find it.

The BBC website has a page where you can click on the latest polls and see what the result of the election would be if people voted that way see http://news.bbc.co.uk/1/hi/uk_politics/election_2010/8609989.stm

Apart from all of the poles for ages predicting a hung parliament, something that seems increasingly more likely, it highlights how ridiculous our current, first past the post, electoral system is.

From where I am sitting the system looks to have been rigged for benefit the main parties, if I behaved like this in business the trading standards people would be down on me like a ton of bricks.

There are several humorous election videos on the internet, below is an example.


The picture is of the tram accident is when a tram jumped the rails on Madeira Walk in 1905. I believe the building in the background with the advertisements on it is probably the old Queens Head one of the last of the buildings to be demolished on Harbour Parade to make way for the Customs House new Kings Head etc.

As I have said before I am still undecided about which way I will vote, here in Thanet South the only two candidates who appear to have a chance of getting elected are Steve and Laura and both of them have always responded courteously and helpfully to me.

I believe either would make a reasonably good MP from my point of view as constituent.

This rather leaves the decision a national one and because of the way the election is being fought, increasingly a battle between the leaders.

Previously the main two have been telling us that if the other party gets elected economic disaster will ensue, I have to say that I am inclined to believe both of them on this point.

Now they are saying that a hung parliament will result in economic disaster and once again I am inclined to believe them.

So it really is about a choice between the lesser of three evils from my point of view, I was talking to a someone who has been involved in politics much more deeply than I ever have the other day and he said that he intended to spoil his ballot paper.

I still take the stance that I will vote as I see it as my civic duty, however in a way the third option now of course is that voting Lib Dem even in a seat where they don’t stand a chance of the candidate getting elected, could help to cause a situation where they get the highest percentage of the vote, but don’t get elected.

I wonder if this could cause a situation where Nick Clegg became leader of a coalition, it is as they say an interesting point, I am certainly not that keen on having a hung parliament where the leader expects this to result in economic ruin.

If all went well at TDCIT the webcast of last Thursday’s council meeting should be available tomorrow, it’s always good to see our democracy in action.

I may well ramble on as the day progresses.
Posted by Michael Child at 14:15