Cooking, the books and reflections about racist penguins and kosher cookery. 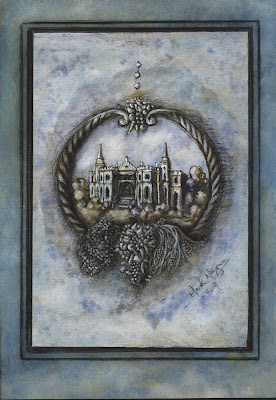 Having recently published a reprint of the first Anglo Jewish cookery book, something that may seem, in the first instance, to be a little strange for a local history publisher who is a gentile, see http://www.michaelsbookshop.com/catalogue/lady_montefiore_s_cookbook_1846.htm

However recent research discovered this to be the work of the wife of one of Ramsgate’s most important residents and therefore an insight into the life and particularly the cookery of the gentry in Ramsgate in the middle of the 1800s.

The first printing produced a few errors now corrected, partly because of my woeful lack of knowledge about Ramsgate’s Anglo Jewish heritage and partly because this is the first time that I have published a cookery book.

Anyway having produced 20 copies with these minor errors and given them away to various well-known locals, mostly chefs and Jews, plenty of each here in Ramsgate although most don’t fit with the stereotypes, I was amused to note that a much larger publisher had also produced an initial run of a cookery book that had an error in it that made it unsaleable.

The Australian edition Penguin's Pasta Bible had to be pulped costing the publishers at least $20,000. after a member of the public complained that a recipe for tagliatelle with sardines and prosciutto, called for 'salt and freshly ground black people'.

http://thanetonline.blogspot.com/2009/09/montefiore-synagogue-and-mausoleum-open.html
Posted by Michael Child at 11:08