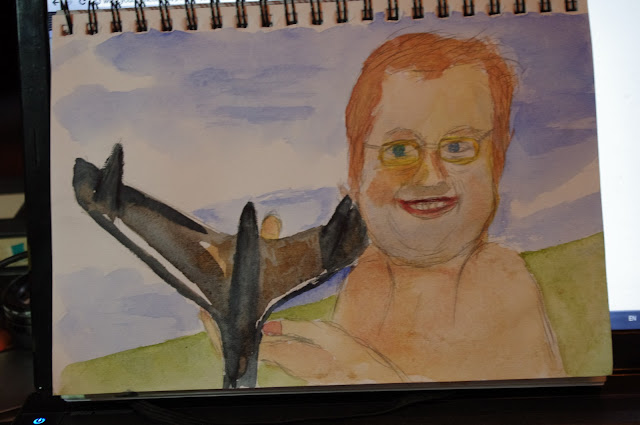 Having just watched the bbc lunchtime news, with their interesting article about how many early deaths are caused by living near to airports, see http://www.bbc.co.uk/news/uk-19934804 I thought I had better do something about how this relates to Thanet and particularly to Ramsgate which is under the Manston flight path.

I guess as a local businessman and resident, the airport mostly falls into that bracket where I would like to see some sort decision on what exactly its future regulation will be.

News items like the one today and the airport saying that it wants less stringent water pollution regulation than the plans they thrashed out with the environment agency, are not good for local business. The uncertain and unregulated situation over night flights is unfortunate too.

Now I am not at all sure about the actual damage to local people’s health, either in terms of water pollution or air pollution.

With the water pollution my best guess is trust the environment agency and I don’t see the airport not wanting to pay for the drainage scheme as a good sign.

With this latest airport news story, it certainly isn’t sending out the message to companies; relocate your employees closer to an airport.

My understanding of the situation with the airport at the moment is that they are trying to get council taxpayers, via KCC, to fund getting a new operator into Manston, which does raise the question of should local councils be funding airport expansion in their area.

I guess so much of this is down to the modern world, particularly with much more transparency form government and big business. A few years ago I would guess a report from Cambridge university http://lae.mit.edu/wordpress2/wp-content/uploads/2012/10/LAE-2012-010-R-v1.pdf saying that living near an airport can shorten your life expectancy, would have been covered up.

Making an informed decision about the various aspects of airport expansion is difficult, one wonders where the balance for Thanet lies between on the one hand airport pollution reducing life expectancy and on the other increased life expectancy associated a higher standard of living caused by airport related prosperity.
Posted by Michael Child at 13:52