Why has the Royal Victoria Pavilion in Ramsgate gone grey? 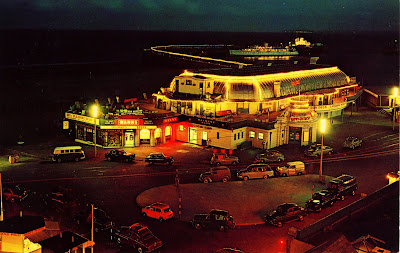 Anyone got any idea why the roof of the pavilion has been painted battleship grey? 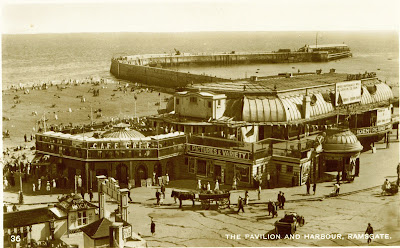 Its bad enough that so many bits have been chopped off since it was built in 1903. 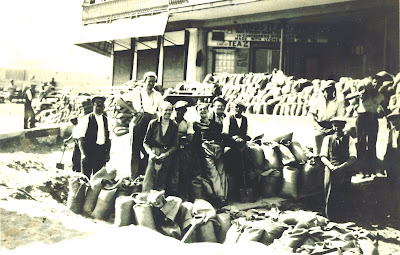 Some things about it remain a bit of a mystery, like the picture above (click on it to make it bigger) perhaps sandbags for the war effort, does anyone know? 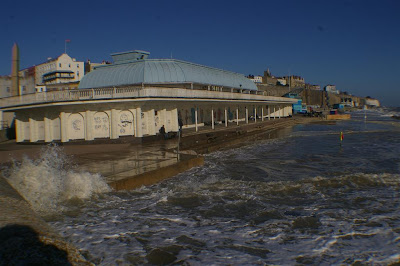 As you see from the picture above it could really do with a flood defence like Margate is getting. 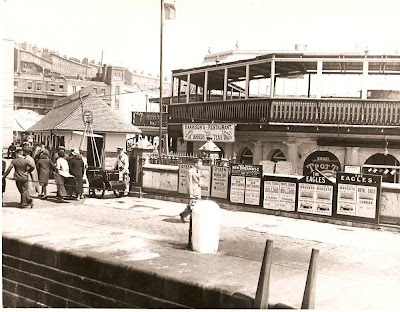 The pavilion was designed by Stanley Davenport Adshead, more about this later on when I get a bit more time.
Here are a few more pictures before I get going on this one http://www.michaelsbookshop.com/laptop1010/id8.htm some of what was there before the pavilion and some showing bits that were added on but mostly taken off since it was built in 1903.
Some of the official opening, I think it was opened by Princess Louise in 1904, but will have to check that.
What is happening at the moment is one of those only in Thanet stories, it could probably be resolved by spending several days formulating information requests and formal complaints.

Ridiculous as it is the council don’t just tell us what is going on, what if any the plans are for this iconic Ramsgate building.

What happened with the building is that it was leased to a firm who were running it as an entertainment venue, live music, concession seaside shops, café etc. it’s all rather a long time ago and I was a teenager at the time with other things on my mind.

A series of takeovers and possibly unwise control by the council meant that the building’s use changed to an amusement arcade and casino and then to a nightclub and casino.

The operators gutted the building and built separate buildings inside to house their various ventures.

They then closed the nightclub that became derelict, followed by the casino, leaving this listed building an asbestos contaminated wreck.

Eventually the council got around to trying to enforce the terms of the lease, I assume that these were at the very least to keep the building in a reasonable state of repair.

Some deal has been struck between the casino firm and the council, although what it is, well that is of course some sort of secret. From what I understand the casino operator have agreed to decorate the outside of the building but leave the inside a wreck.

I don’t think they intend to replace the features that they removed, most importantly the domed porch.
Posted by Michael Child at 16:18