Watercolour sketch from Topps Hot & Cold Food Bar in Ramsgate, some thoughts on Manston, Pleasurama, the Pav and the blog and the ramble and the bit at the end. 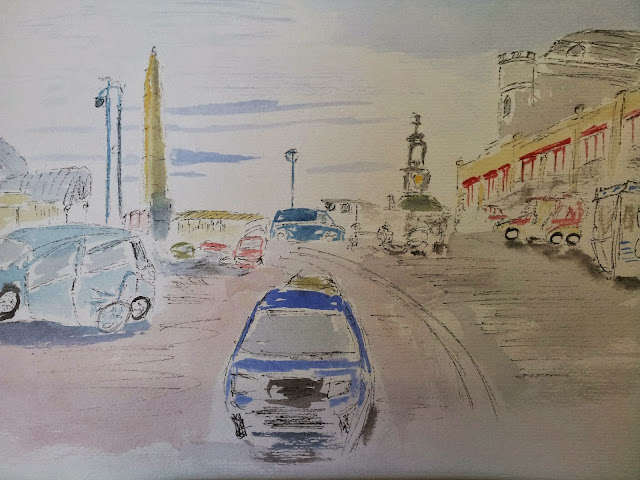 This Ramsgate watercolour sketch falls into the preliminary go at a view category, I will have another go at this one as, possibly with a bigger sheet of paper. 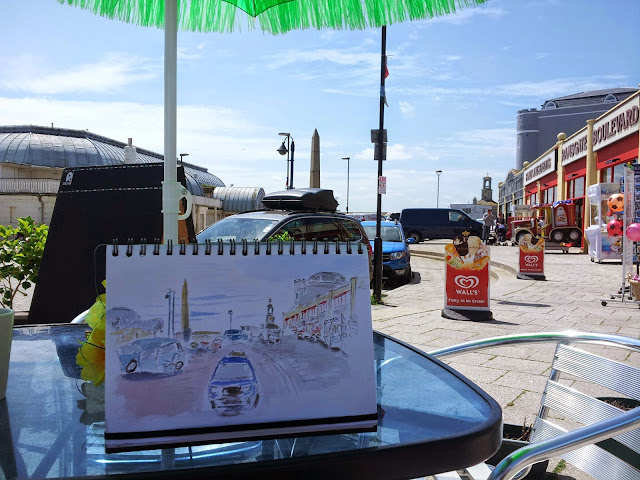 Here is the photo for art critics, the A4 sketch took about an hour and I guess that an A3 one would take about twice as long. 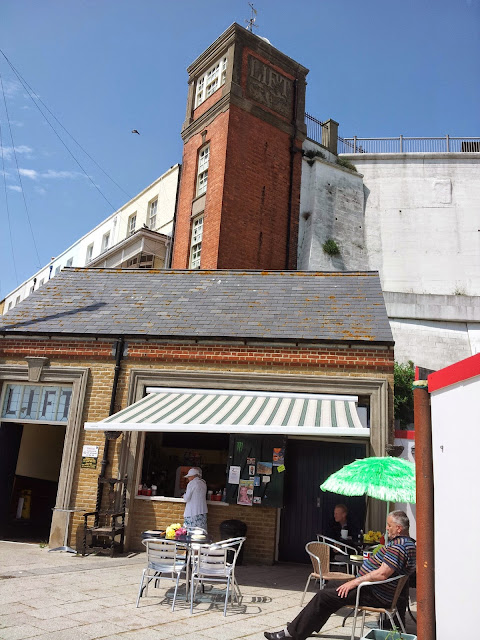 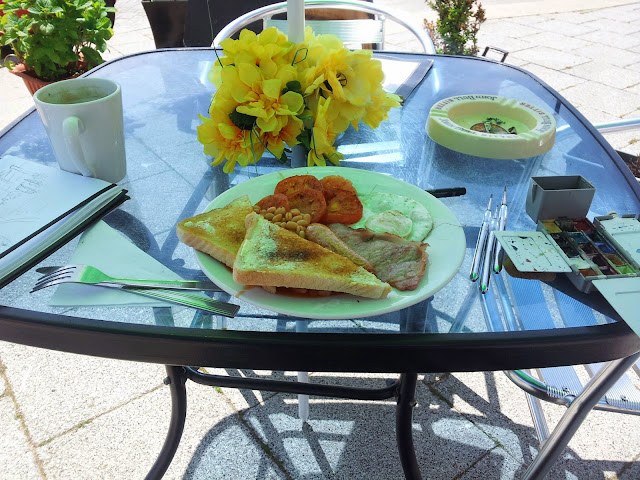 A bit of Manston news which is that Chris Wells addressed the SuMA meeting and said that he hoped that he would have all the information for the next stage of starting the cpo for the TDC cabinet meeting on 18th June.

Translating this from councilspik, I get; There will be no extrodinary cabinet meeting, we are hoping that pwc will have finished their report by then and or RiverOak will have either put sufficient funds in a UK bank account or the will have refused to do this by then. The pwc report should be out any day now, see https://www.gov.uk/government/news/pwc-submits-initial-report-on-manston-airport

The message that I am not getting from our new council yet is that they will hold a public consultation on the Manston site, and I figure that this was the big mistake that Labour made, I guess the penny will drop eventually.

What the council lack is any sort of public mandate to start a cpo for an airfreight hub although there is a mandate of sorts linked to the election for saving the airport. I don’t really know what the new UKIP group are hoping for, perhaps it really is to build an airfreight hub at Manson using a cpo, perhaps they are hoping that RiverOak will just not come up with the funds and it will all go away.

On to the Pav as I guess most people know Weatherspoon put in plans on 15th January and now it is nearly flaming June and nothing seems to have happened, the rumour is they have pulled out.

Pleasurama although there have been rumours recently that the development is not going to happen, despite promises by the last administration that work would be underway by the election, Cardy still seem to be saying that they are waiting for the work on the cliff repairs before starting on site. I am not really sure who is supposed to be paying for the cliff repairs so not really sure who is waiting for who.

I guess if the council could do anything useful at this stage a flood risk assessment for the whole area would be top of the list, particularly as the sea defences in front of The Pav and Pleasurama are the responsibility of the council and not like the rest of the Thanet sea defences owned and maintained by the EA.

This blog, not perhaps that interesting subject to most readers, is getting much more manageable since I stopped anonymous comments, less than 10 spam comments this week. 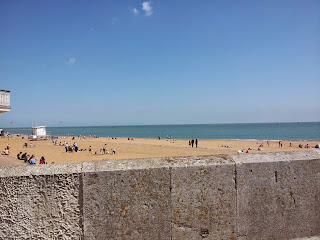 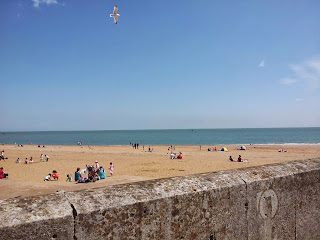 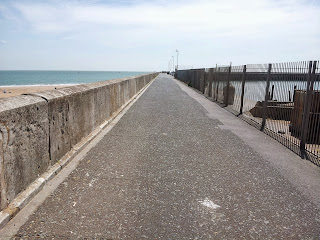 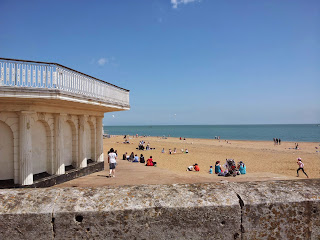 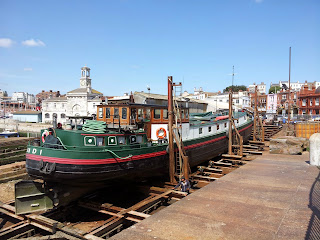 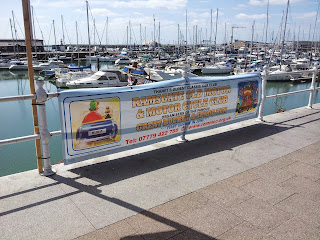 Having watched the BBC local news and heard Ian Driver on contacting the police over the previous chief executive I guess I should draw people’s attention to this document https://www.whatdotheyknow.com/request/215777/response/650458/attach/html/3/23.10.13%20KCC%20TDC%20Eurokent%20meeting.docx.html
as the link opens so slowly I have pasted the document below

Note of a meeting to consider next steps regarding the Eurokent Planning Application.

Following the TDC Planning Committee’s refusal to grant planning approval to the Eurokent mixed use application last week the meeting was called for the two members of EKO (KCC and TDC) to consider options for moving forward.

Having discussed the brief background and potential options the following was agreed.

A Decision Notice relating to the refusal at 16th October will be issued by TDC today, 23rd October.
EKO/Rosefarm application to be ‘resubmitted’ for the December meeting (if November definitely confirmed as not feasible)
The original submission will remain unchanged from EKO’s perspective.  No additional public consultation will be required.  No additional charges/fees will be made
A different planning officer will be assigned at TDC
The planning officer’s report will be changed to highlight a change in circumstances i.e. no SE Plan, a recasting of local housing figures that demonstrate a ‘slight shortage’, emerging local plan designating the site as mixed use.
To progress this, TDC is seeking legal advice regarding the housing number issue and will be speaking with ward members and the planning committee to fully appraise them of the new circumstances and implications of their actions.

Both parties will take independent advice about the next steps should the advice received by TDC not support the resubmission proposal or if the resubmission is unsuccessful in December and TDC then still not supportive of progressing urgently to appeal.  This to be in light of the conditions set out for dispute resolution in the Members Agreement for EKO.
Sue and Theresa will advise Matt regarding discussions with Rosefarm with the aim of taking him with us in the current proposal emphasising the legal and appropriate nature of the proposed actions.
Sue to consider Theresa’s suggestion that KCC planning team could offer support to TDC team on revising the planning report if required.