Marlowe Academy in Trouble Again? and a ramble 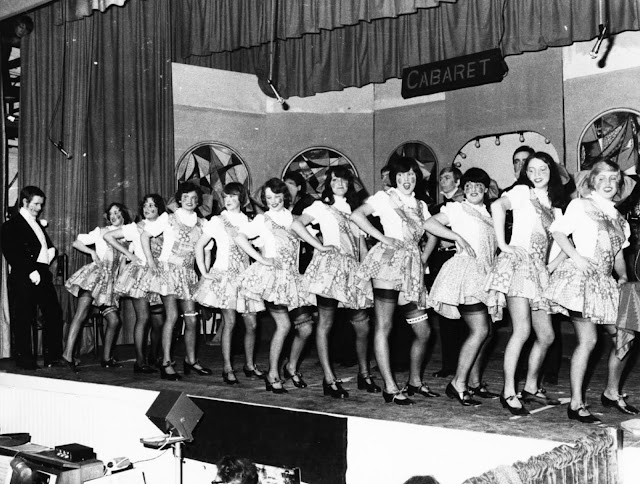 Reading The Guardian yesterday http://www.guardian.co.uk/education/2012/jan/16/academies-special-measures-apprenticeships I noticed this article, which says:
"In December, we reported on the Marlowe Academy in Ramsgate, in Thanet, Kent, one of the worst-performing secondary schools in the country, which, after failing to make significant improvements on its GCSE results, had effectively been taken over by the Academies Education Trust (AET), which sponsors 14 schools in England.
A headteacher at the time said that since the government had announced it was raising floor targets (the minimum standard of attainment), academy chains were eyeing up failing schools, hoping to take advantage of their misfortune.
But, despite parachuting in a new head and deputy head, it seems the AET is yet to make its mark on the academy. After a recent Ofsted inspection, the school has been placed in special measures, the Guardian has learned.
A spokesperson for the AET said they would not be able to comment until the report had been published by Ofsted."
Well to be honest I was following up on John Worrows post about the difficulties encountered by gay teenagers, which like so many of his posts is now deleted, so I was googling away trying to work out what the problems are for the youf locally.

The picture is of a Chatham House School production, see http://thanetonline.blogspot.com/2010/08/chatham-house-ramsgate-school.html

I find it a bit strange that The Marlowe Academy has mopped up so much public money and still appears to failing the youf of today. It started out as Conyngham School when it opened in 1963, named after The Marquess of Conyngham, hope I spelt all that OK, there were unfortunate associations with the C word when it came to hurling insults, although I doubt that is why the name was changed to The Ramsgate School. Now however rebuilt as The Marlowe Academy one wonders will they change the name again. 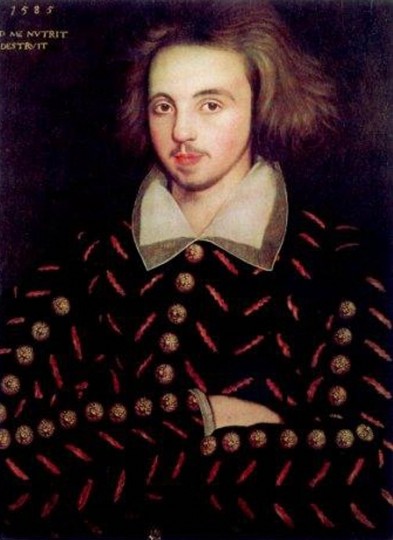 As you see from the picture the young Christopher Marlowe could easily have played a girl in the school play once the facial fungus had been removed. Christopher didn’t make it to thirty as he was stabbed to death not long after being arrested, probably for heresy. The arrest not the stabbing I mean, perhaps that is why he was stabbed too.


To quote Marlowe himself “while the boy, naive and unaware of Greek love practices, said that, "You are deceiv'd, I am no woman”


Anyway while I was contemplating the likelihood of homophobia being greater of lesser among the pupils of a school named after Marlowe, who must hold the accolade of being one of the stately homos of England. I came across this rather disturbing article about the way we are failing our youth here in Thanet yet again.


Bit of a fragmented post today with the bookshop being busier than usual, an interesting addition to the Ramsgate business for sale here http://www.primelocation.com/uk-property-for-sale/details/id/TEPA2409687/
Back to John Worrow’s blog and before I go further I think it would be apposite for me to produce some sort of joke relating to him and homosexuality.

This one relates to you having the right screen size and browser, assuming you have the right conditions and you have opened his website you should have a tab reading John Worrow – Your Camp.


Ok it wasn’t that funny, but it was only to prove the point that there is a difference between humour and homophobia, even when that humour is linked to a person’s sexual preferences.

John’s latest post http://worrowsworld.blogspot.com/2012/01/fair-play-statement.html seems to be saying that Simon Moores isn’t homophobic and James, I assume he means James Maskell isn’t a bigot.
I won't bother to comment there as the post and all of its comments will probably vanish like the two previous ones about, teenage homophobia and homophobia in the Church of England, both of these subjects interest me and I would have commented on the posts, had I not expected them to be deleted.
I will start with The Church of England and tackling homophobia.
I would guess that the church as a whole are in a difficult position on this one, I think there is a genuine desire to change attitudes and a complex biblical and doctrinal history going back a very long time to overcome.
I would reckon that the Church of England is making more progress on this and other discrimination issues than most, and most of the other world religions don’t really seem to have started on the issue.
With the female clergy issue a lot of people have left the Church of England for other churches where they don’t have any female clergy.

One wonders just where this will all go, I suppose απελουσασθε απελουσασθε means therefore Εδικαιωθητε (St Paul’s own words) as a non practicing homosexual better have a look at http://www.independent.co.uk/news/uk/home-news/the-gay-churchman-and-an-unholy-row-6290223.html if you don’t know what I am talking about, and the Greek is 1 Corinthians 6:11.
On to the victimisation of gay youth although staying for a moment with the theme of males in dresses, more of the photos from the Chatham House productions here http://www.michaelsbookshop.com/chathamhouse/ a consideration being how one works out, at an age where it is difficult to tell what sex some people are, who it is one is attracted to and what ones orientation is, I do wonder if gay youth have a category that is separate from youth.

Anyway having read John’s post I spent an edifying evening looking at some of the Stonewall statistics, after which I had a look at some of the surveys from outside the gay community, frankly as far as I can see, things are bad in teenage word of sexuality in the UK.
See http://www.womensaid.org.uk/domestic-violence-press-information.asp?itemid=1783&itemTitle=Women%92s+Aid+launches+teenage+domestic+violence+campaign+with+Bliss+magazine&section=0001000100150001&sectionTitle=Press+releases and http://www.nspcc.org.uk/news-and-views/media-centre/press-releases/2009/09-09-01-teen-girls-abused-by-boyfriends/09-09-01_teen_girls_abused_by_boyfriends_warns_NSPCC_wdn75755.html

I would say that one way and another something has gone badly wrong with our society.


Oh well here’s one of the pictures I took today. 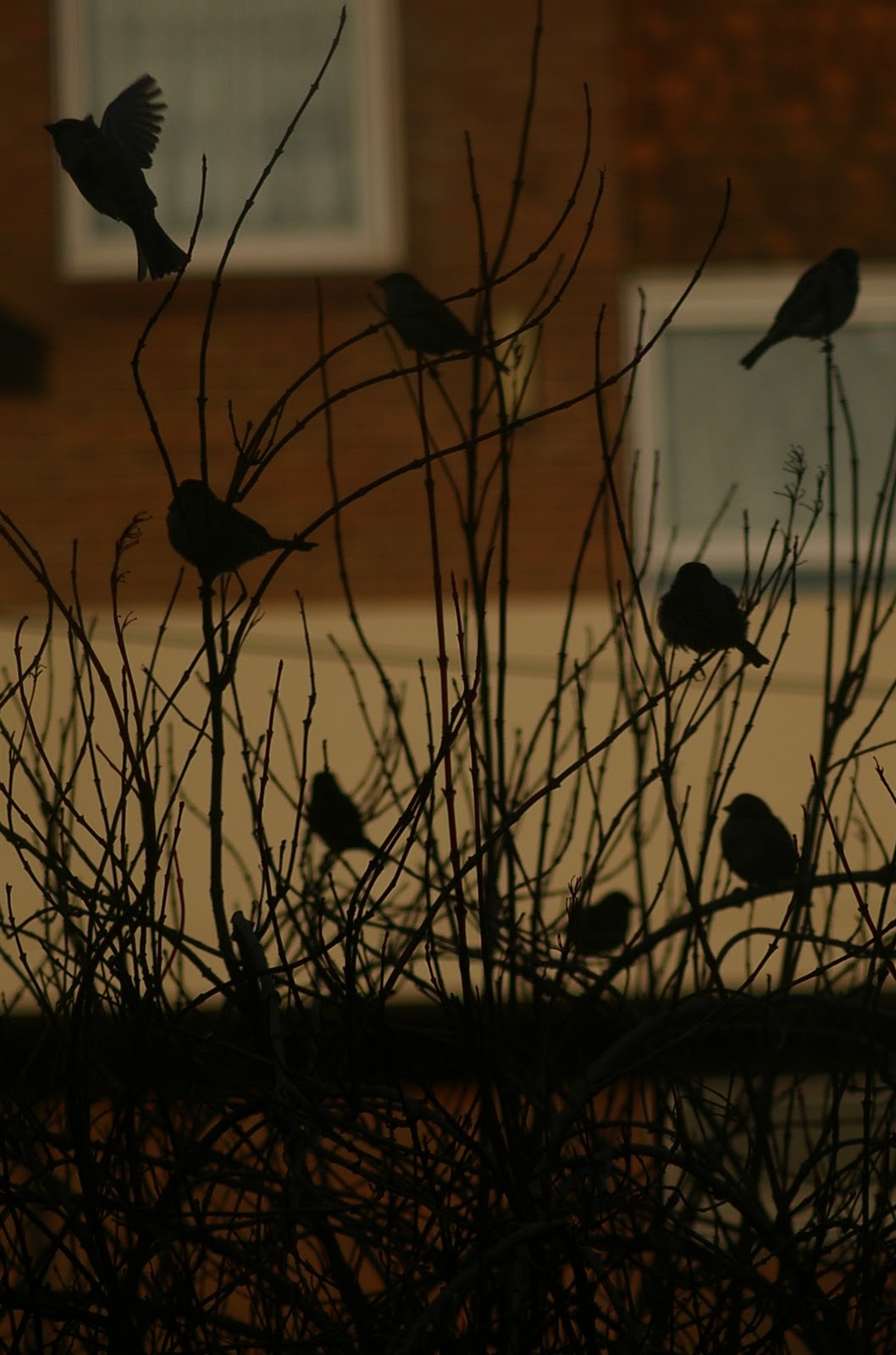 Three threes plus four fours is the same as five fives.
Posted by Michael Child at 10:36