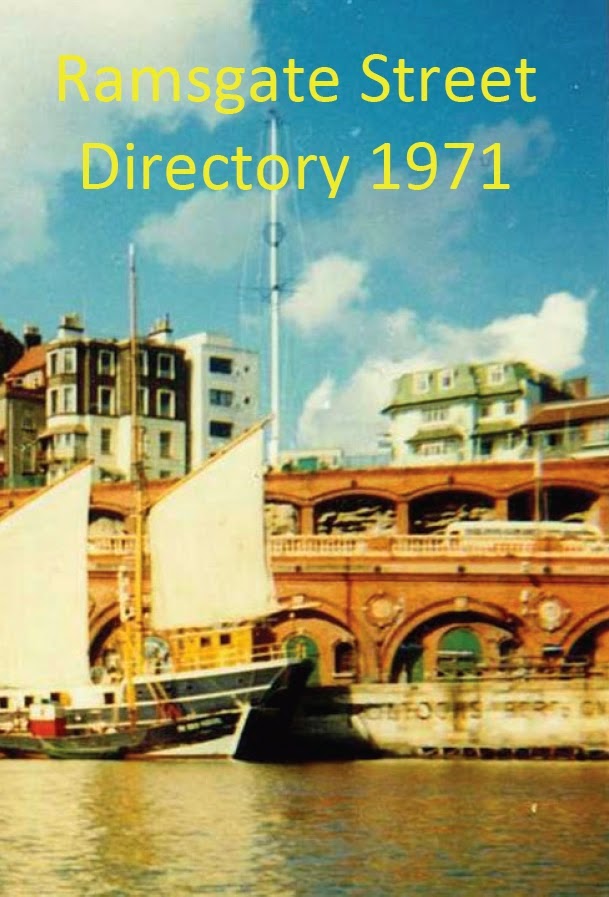 This directory of Ramsgate streets is taken from the Kelly’s Thanet directory for 1971 so it would have been compiled in 1970, many thanks to Kelly’s Directories for giving me permission to reprint their old directories.

The picture on the cover of the book was taken in about 1971 is of The Black Opal a sailing ship rigged as a three masted barquentine, not something you would think it would be easy to forget. She was moored in Ramsgate Harbour’s inner basin from around 1968 to around 1972.

She started life at some time in the first half of the 1900s as a three masted schooner called the Eouls, built as a costal trader with a large two cylinder diesel engine, the hull being one large hold for carrying goods, the sails adding to her speed and economy.

At some time her masts had been cut off at deck level and she arrived in Ramsgate with the timber to make new masts on her deck. During the time she was in Ramsgate she was fitted with a new engine, re-masted and rigged as a square rigger and her hull was fitted out with cabins.

After this she had a chequered history of bankruptcies and ship wrecks including being used in the movie Popeye. She is now high and dry in Malta and used as a restaurant called The Black Pearl. 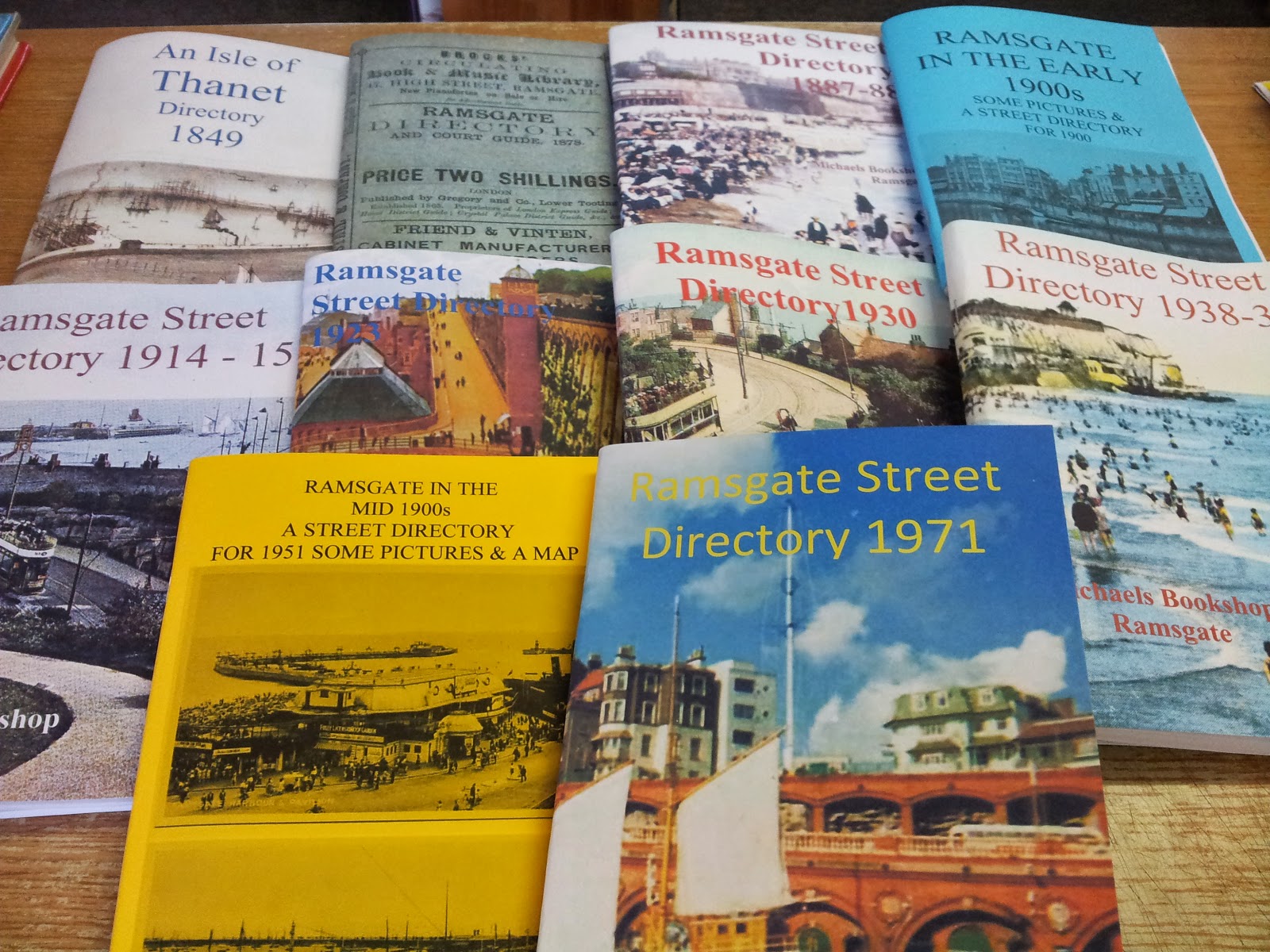 The earliest of the Ramsgate street directories I produce is for 1849 and these used in conjunction with the maps provide answers to many of the local and family history questions. Who lived where and the location of local businesses, which helps with dating old pictures of the area.

The original Kelly’s Directories have risen considerably in price since I produced my first directory reprint (Ramsgate 1900 Street Directory) about 10 years ago, then a 1971 Thanet directory sold for about £7 now the price would be between £20 and £30 depending on condition.
This price rise means that I intend to produce several more of the post war directories, making the information in them cheaply available to everyone.

I have now produced about 150 booklets about the history of this area and have also produced three historic street maps of Ramsgate for 1822, 1849 and 1879 all of which are available from my bookshop in Ramsgate. The shop is open from 9.30 to 5.30 and closed on Mondays and Thursdays.

If you want to buy the directory online click on this link http://www.michaelsbookshop.com/catalogue/ramsgate_street_directory_1971.htm UK postage is free but you will have to use the dropdown to pay extra for postage overseas. 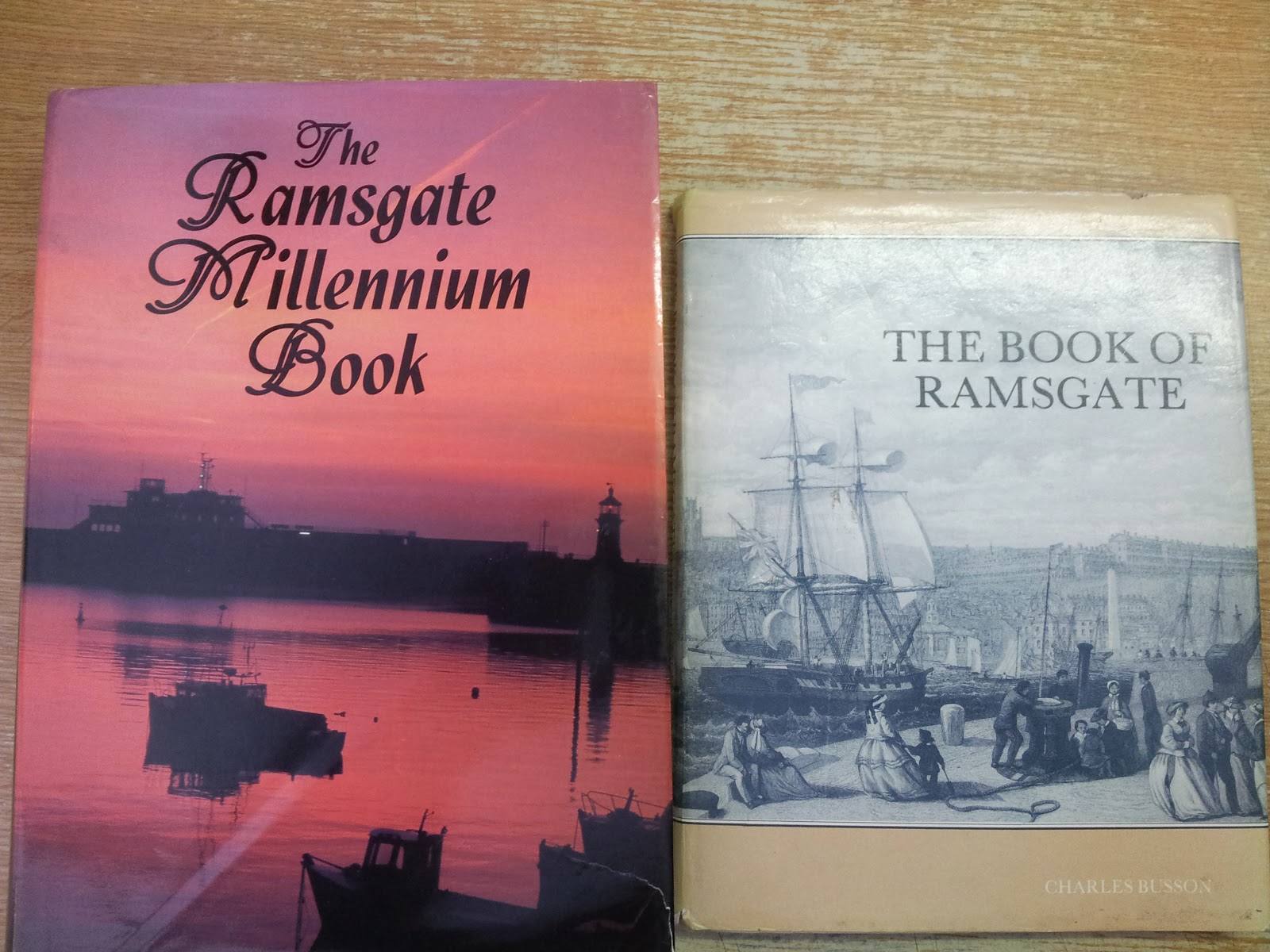 Our secondhand stock of out of print local books is fairly good at the moment, with many of the more difficult titles like The Ramsgate Millennium Book and The Book of Ramsgate I have copies in stock in different conditions at different prices.

I don’t sell the more difficult to find local books via the internet, as if I did we just wouldn’t have them for the customers who visit the bookshop.
Posted by Michael Child at 11:55