Ramsgate Sands, going going gone? With some thoughts on the Pleasurama site, the Royal Victoria Pavillion, the sea defences and the world wars.

Before the First World War Ramsgate had no sands at high tide, the shape formed by the promenade and the harbour wall causes some build up of sand but not enough to reach above the high tide mark. 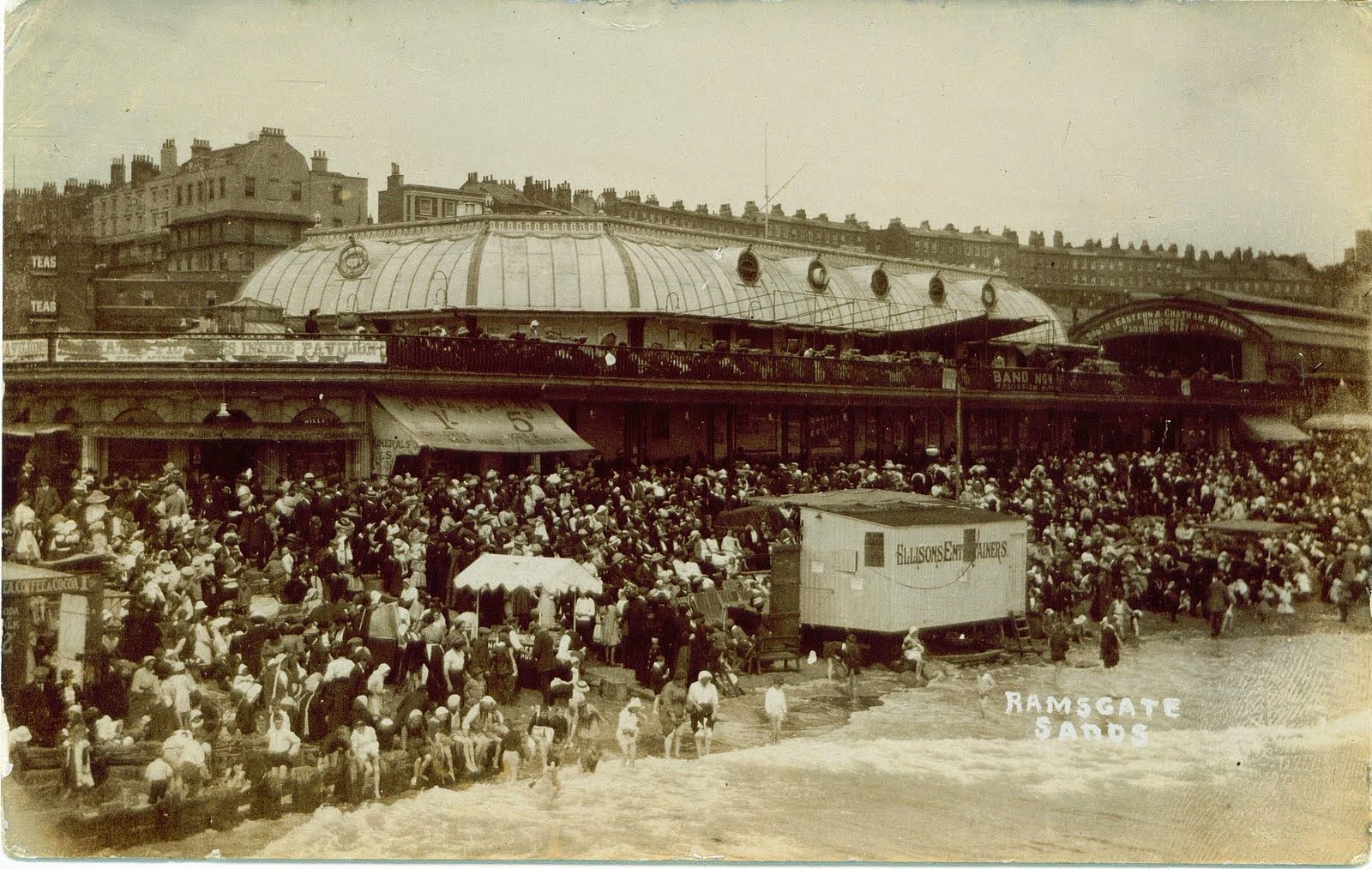 This picture illustrates what I mean, it dates from around 1910.

Ramsgate Harbour had been in its present form for around 80 years when this preliminary sketch for Life at the Seaside by William Powell Frith was drawn in 1850.

During both world wars there was a threat of invasion so a mixture of concrete and barbed wire defences were put on Ramsgate Sands to deter the enemy. 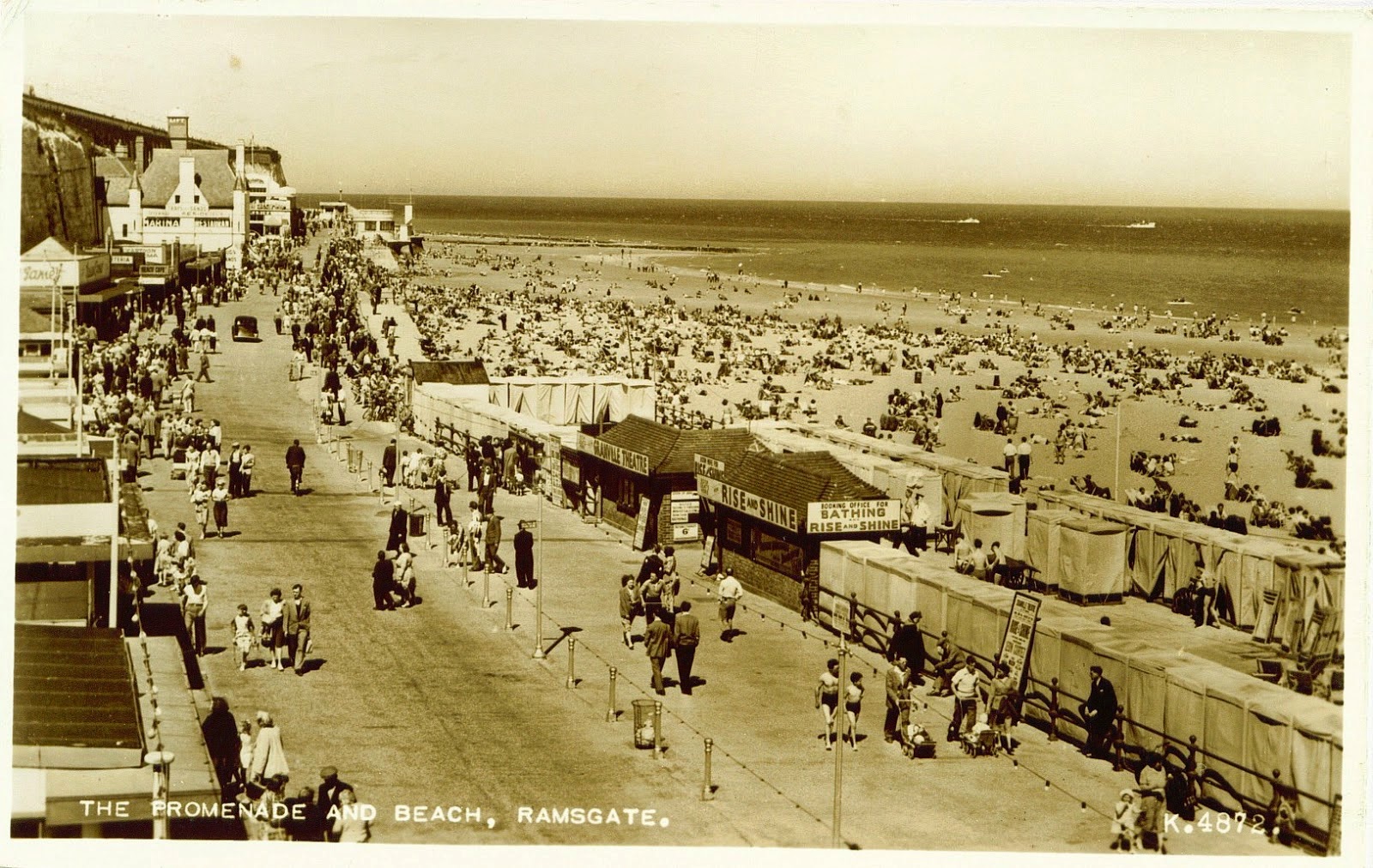 You can see from this picture taken not long after world war two that the amount of sand trapped by the war defences was considerable. 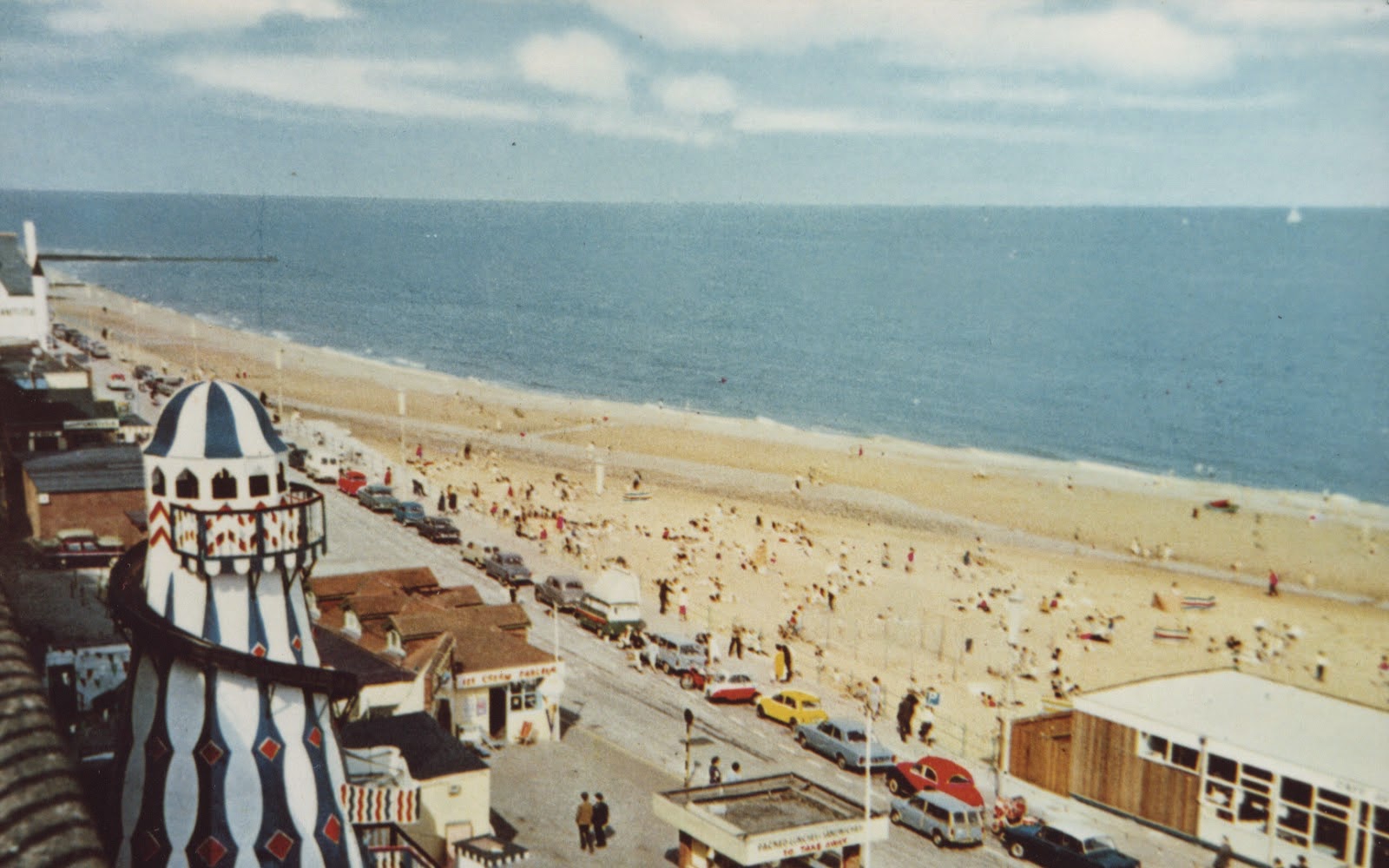 The situation remained the same throughout the 50s 60s and 70s

During the early 1980s most of the sand and associated wartime defences that held it in place was removed from the beach and used for the infill to build Port Ramsgate. 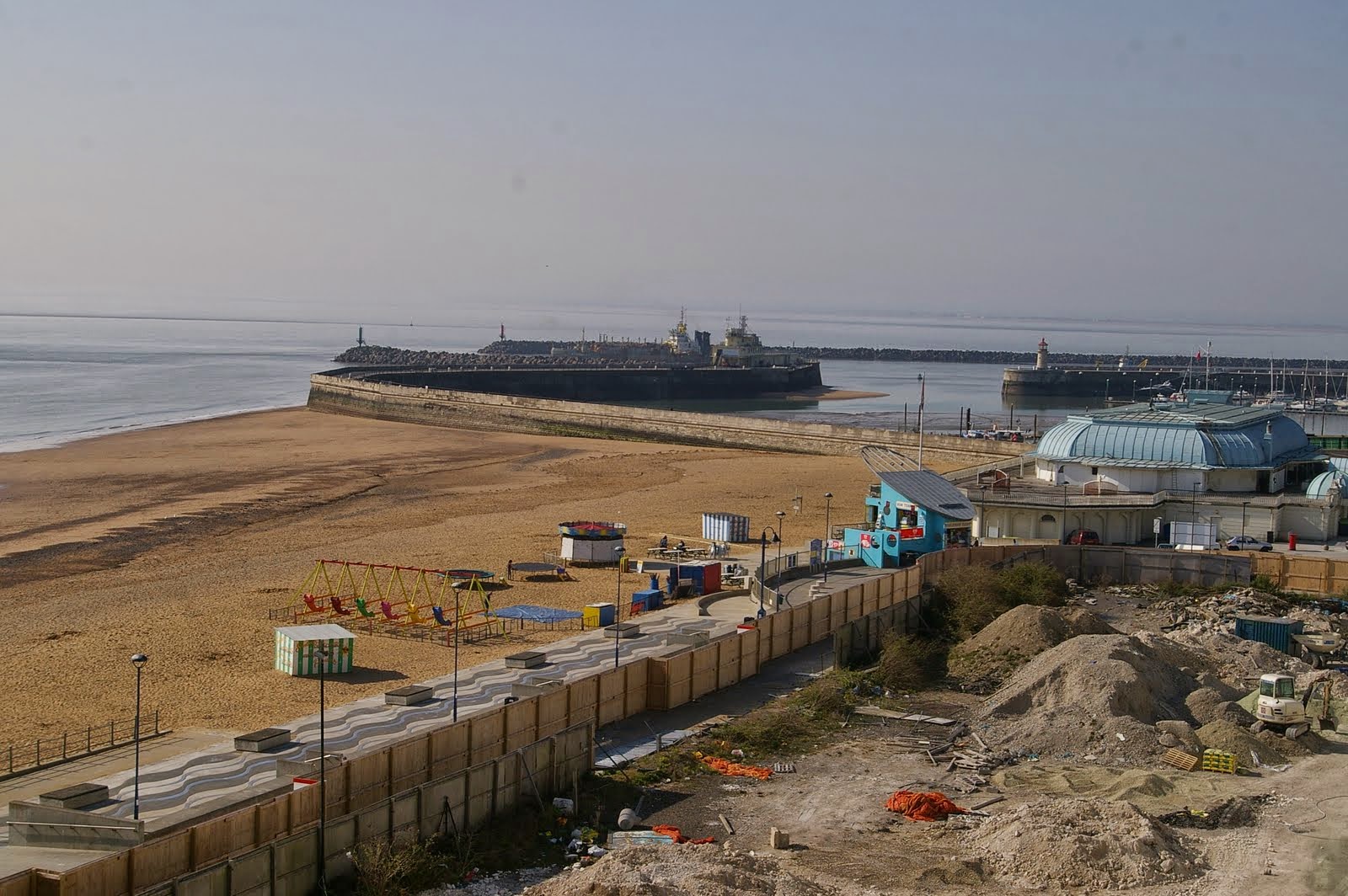 The amount of sand has been slowly diminishing this was the situation in 2010, note the walkway on the sands for the disabled extending from the concrete area in front of the beach cafe, this was twice as long in 2009 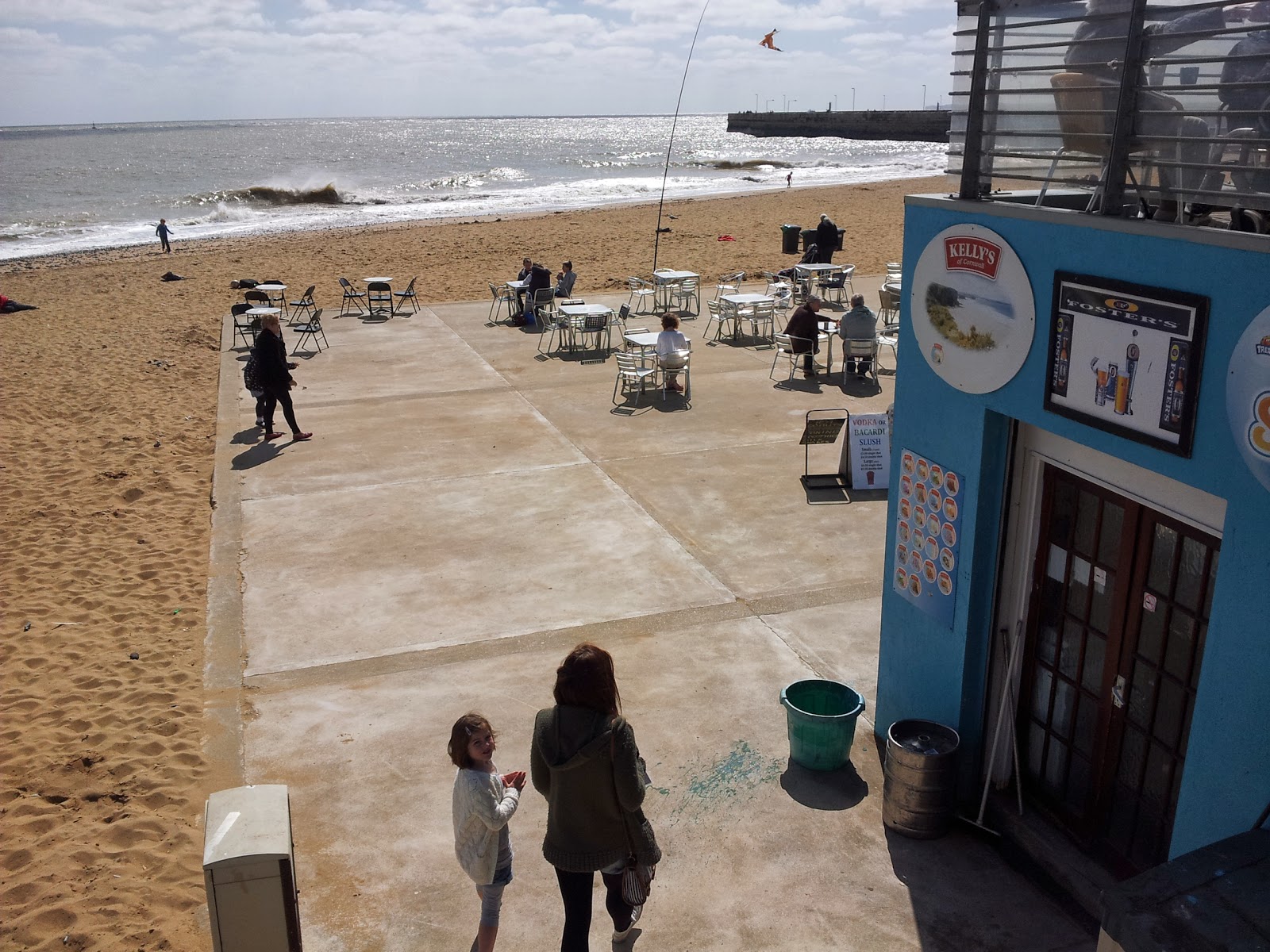 This is the situation today, as you can see we lost a lot of sand during the winter.

With very few exceptions the sea defences around are coast are modern concrete structures built during the last fifty years and maintained by the environment agency. 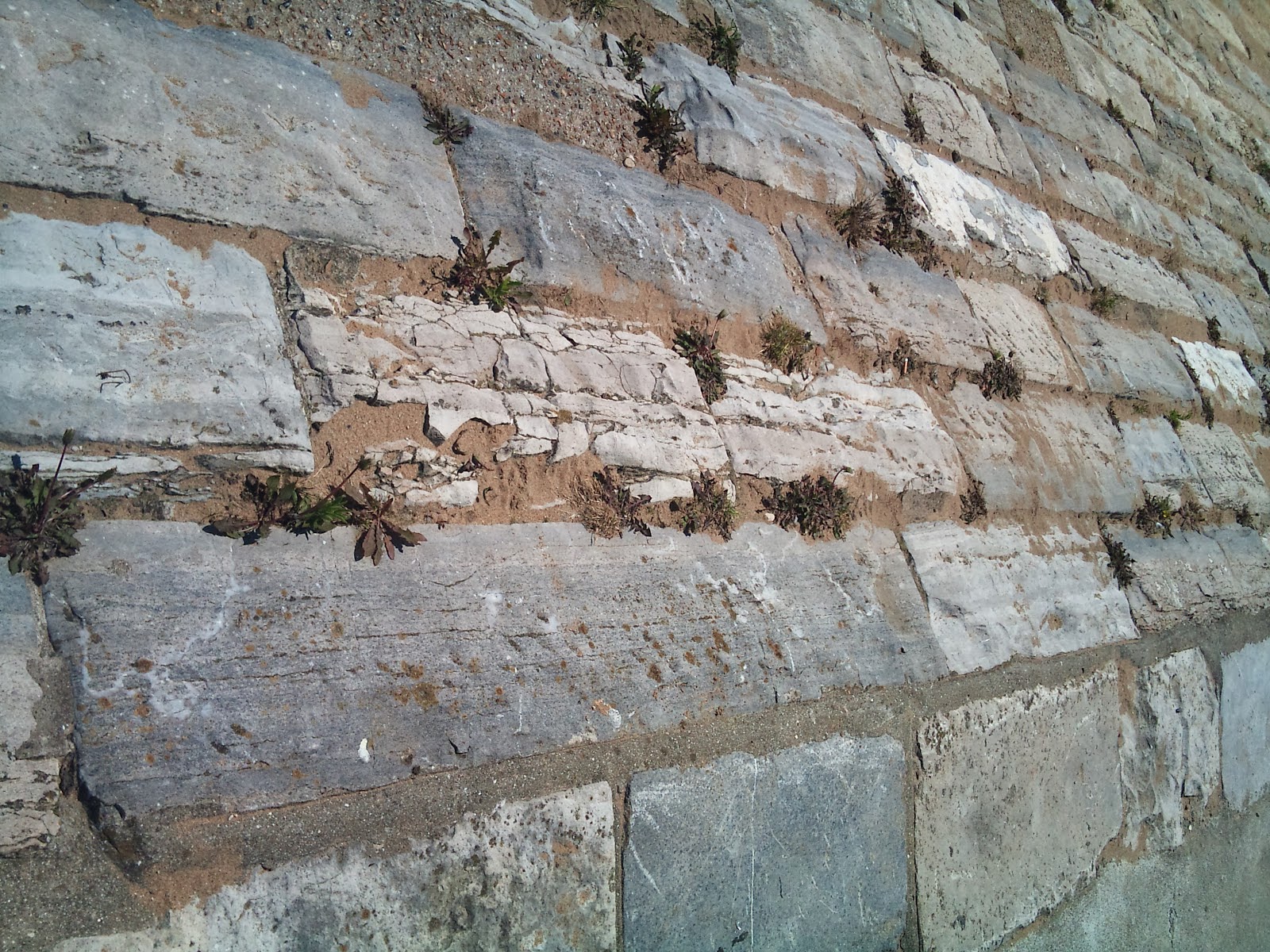 The sea defences behind Ramsgate Sands are owned and maintained by Thanet District Council. The ones in front of the pavillion date from when it was built in 1903 and had the sea smashing against them for about twelve years before the sand built up and the sea came no where near them. The ones in front of the Pleasurama site were built in 1860 so they were in contact with the sea for around 55 years and for the last 95 years the sea has come nowhere near them.

During this time the council have no record of any sea defence maintenance there and at some point they managed to lose the construction drawings. 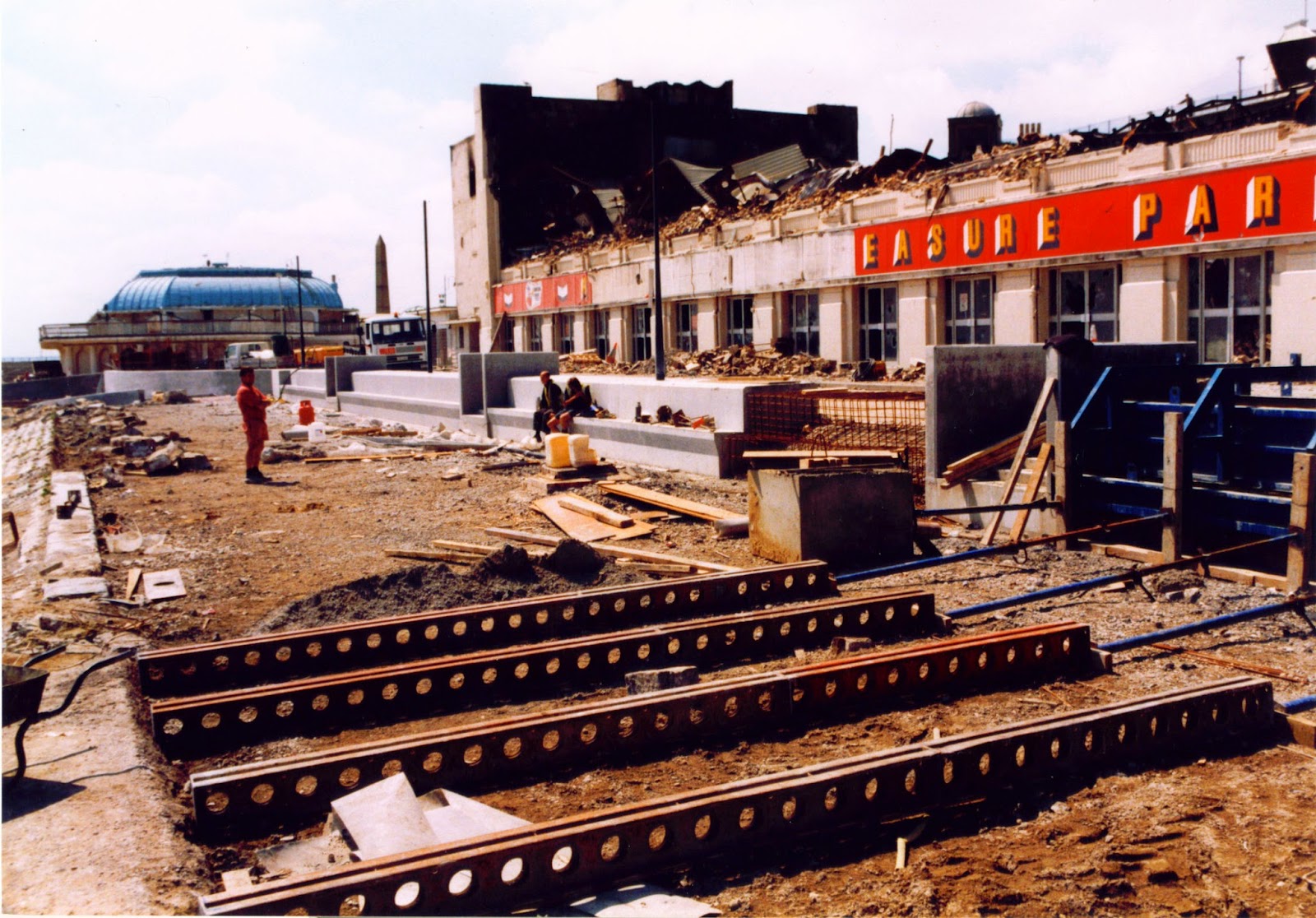 The recent concrete steps, seats and coloured promenade sits on the sand held in place by the 1860 sea defence as do the recent Pleasurama foundations.

I will ramble on here about the possible implications for the Pleasurama site and The Royal Victoria Pavillion, if I get time, though I doubt I will need to draw a diagram to get most people to understand that we have a problem. If as much sand goes as went last winter the sea will once again be smashing against the sea defences.

The progression suggests that the Pleasurama site will be at serious risk within two or three years as it has the earliest sea defence made of slabs laid on the side of the chalk spoil from the railway tunnel that was used to elevate the site enough for the railway station.

The pavillion appears to sit on a more solid concrete defence and the sand in front of it should be the last to go, perhaps five to ten years.

Of course much could be done now to mitigate the problem, but first the situation need a professional assessment, such as the recent one done in Margate, it and the resultant works were funded out of the national coastal protection budget and not out of council tax. 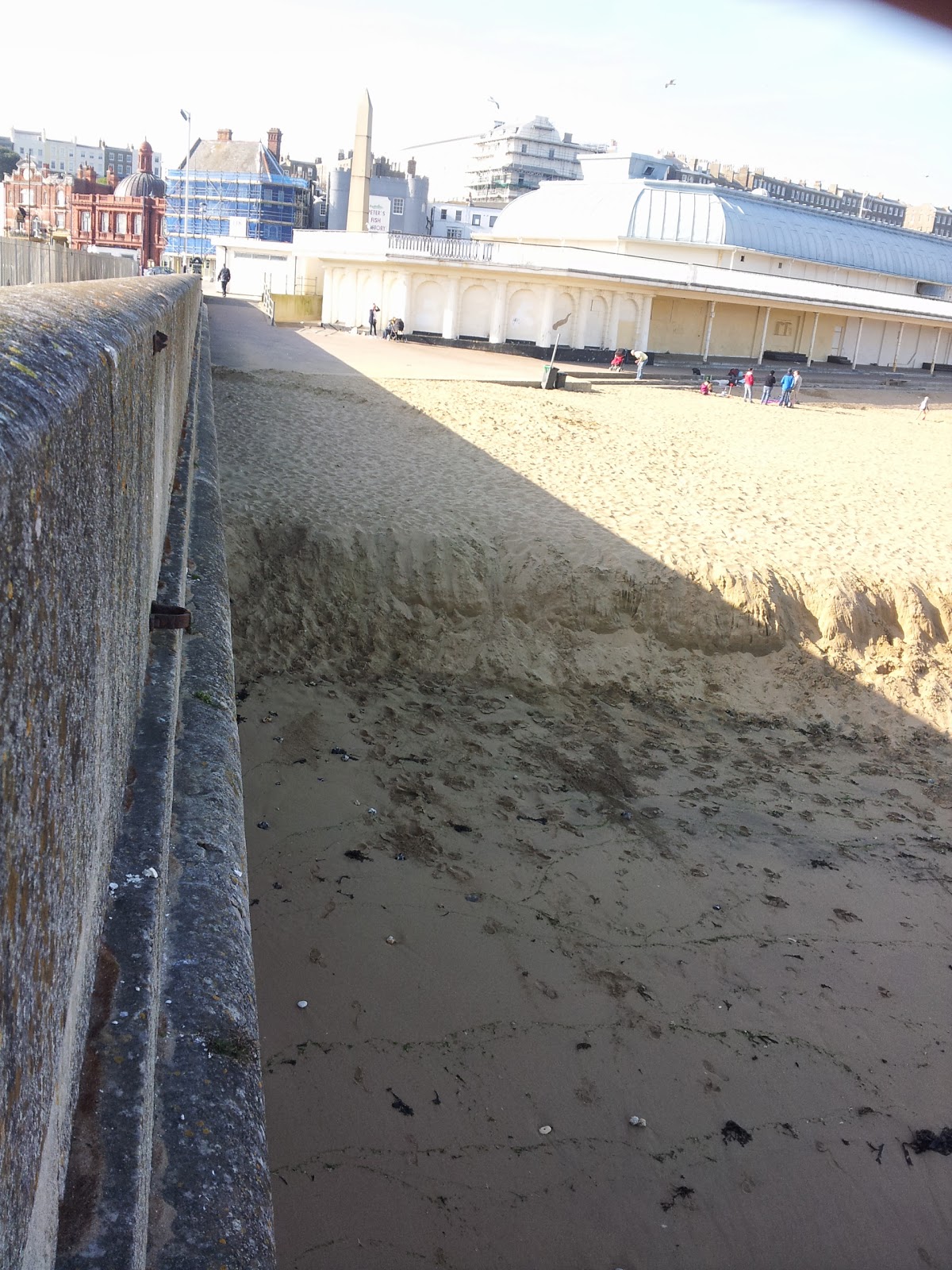 I went down there today and the situation with the sand seems to have turned some sort of critical point where it eroding more rapidly, as you see the non tidal area has nearly reached the Pavillion.