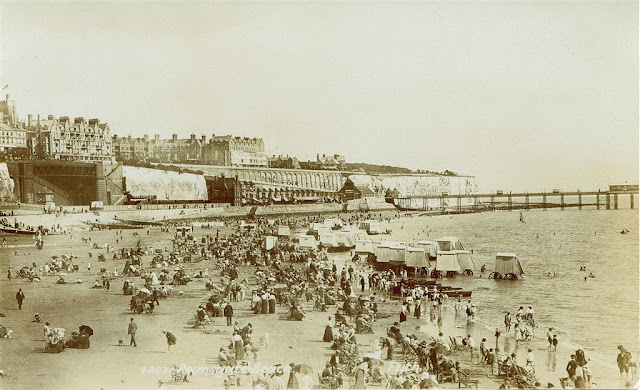 I think the tall Granville Tower so before 1900 and most unusually you can see a train in the siding on the right of the tunnel entrance, after 1879 as you can see the pier. Note the footbridge over the railway extending out the side of Augusta Steps 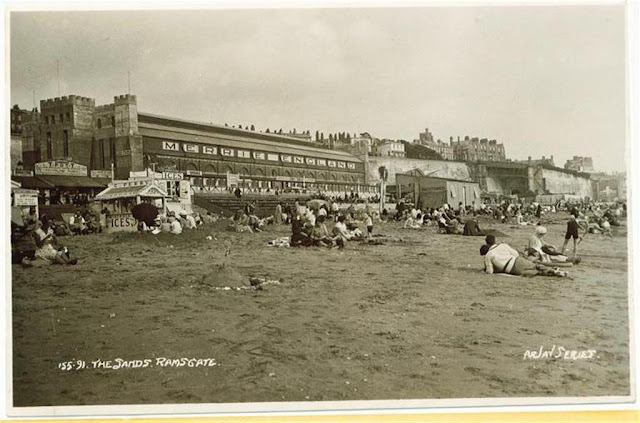 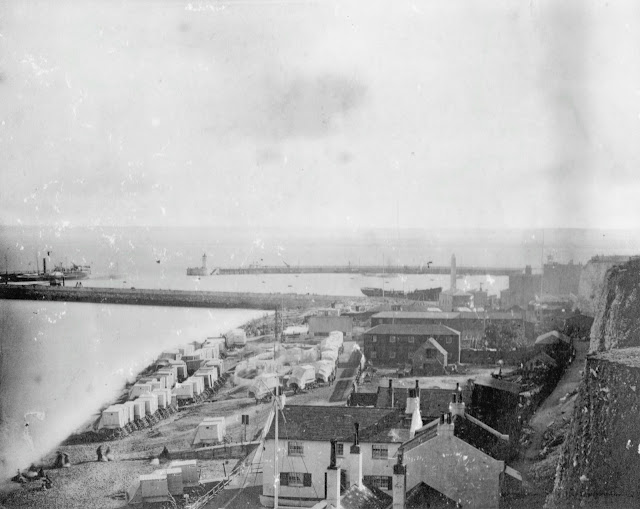 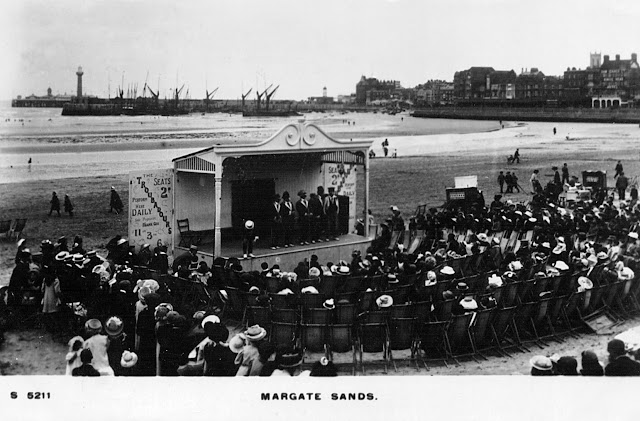 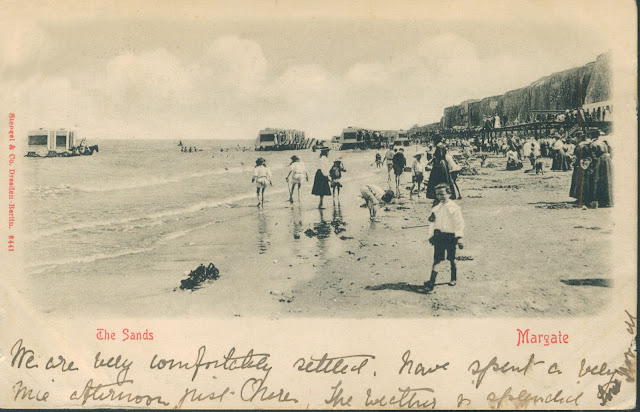 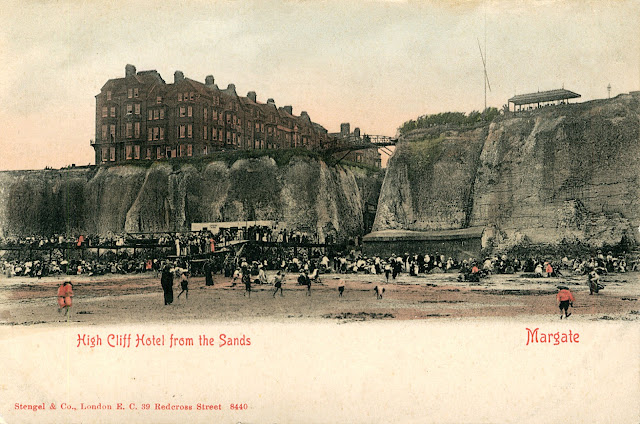 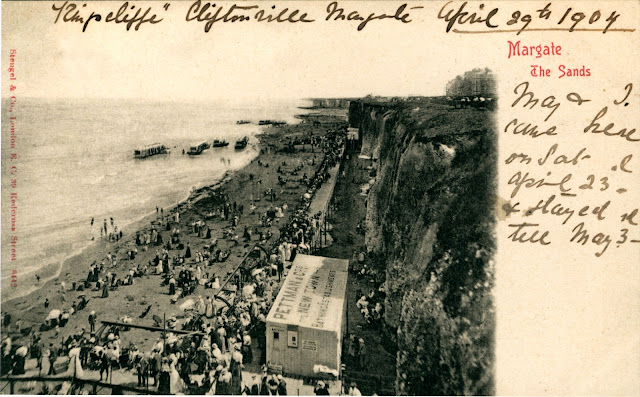 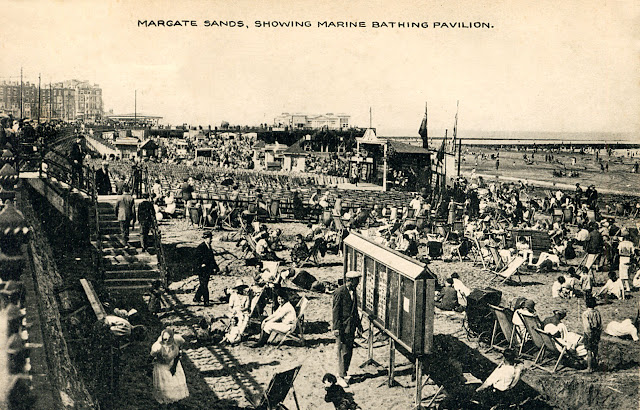 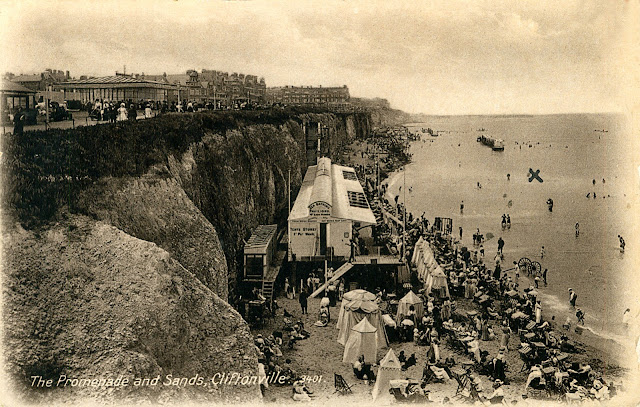 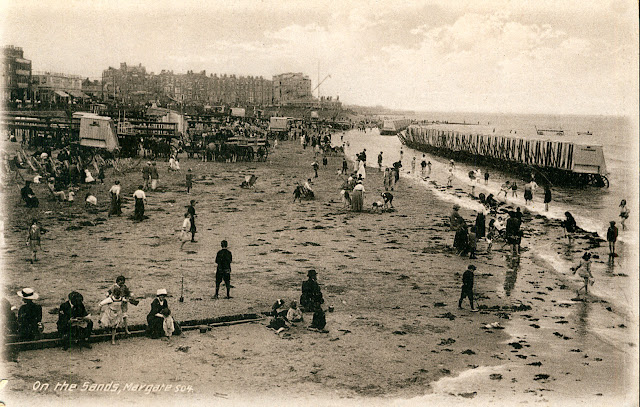 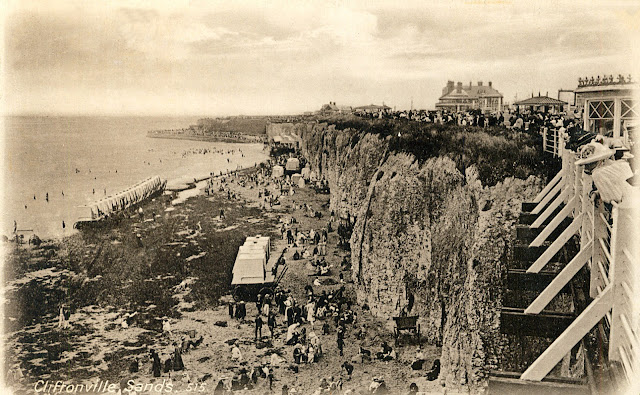 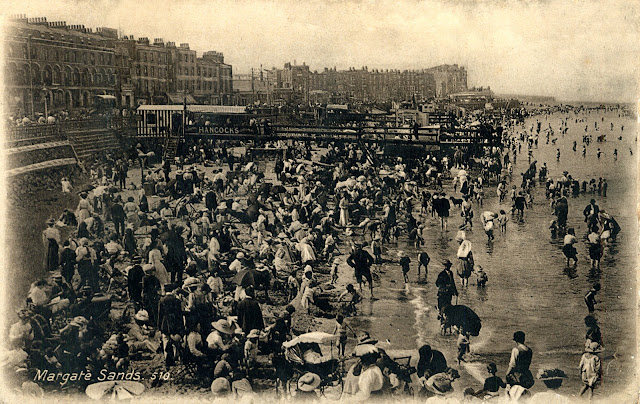 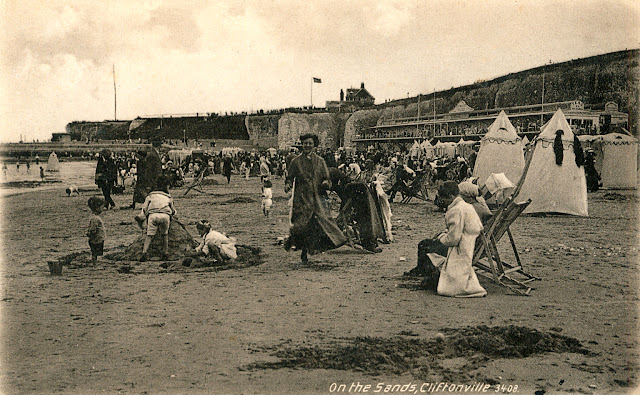 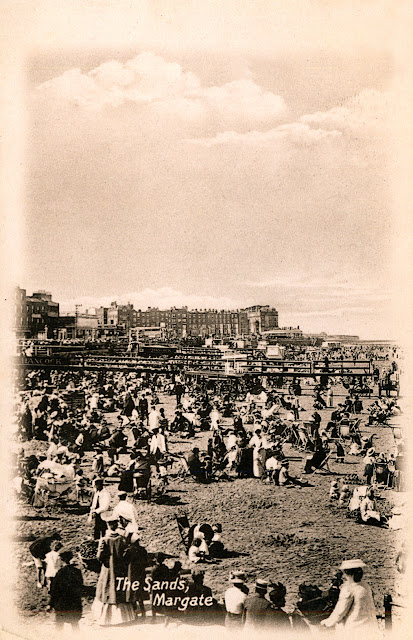 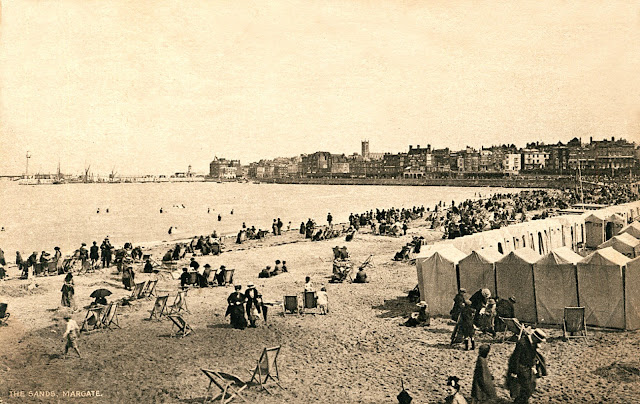 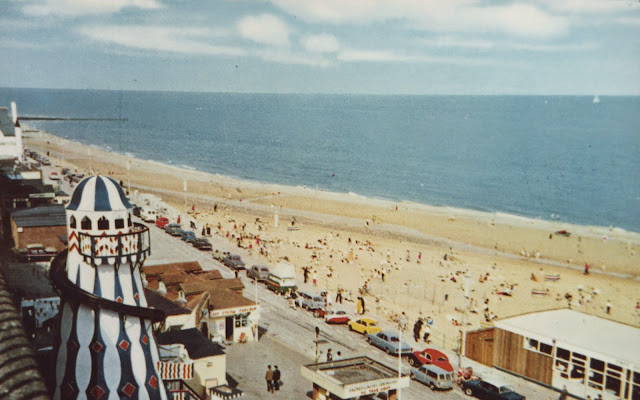 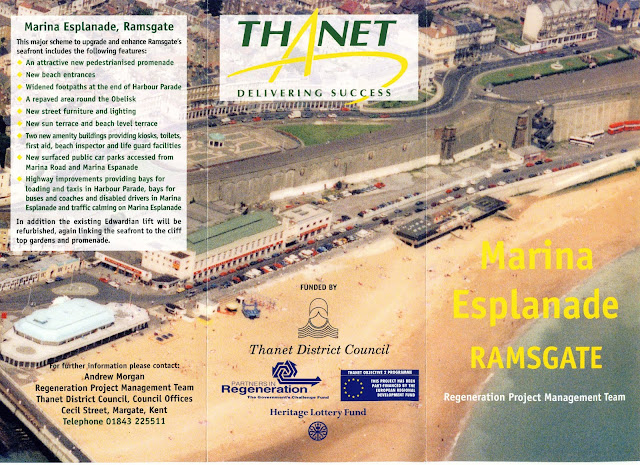 I do often wonder about this one EU and lottery funding and we come out with a much worse seafront. 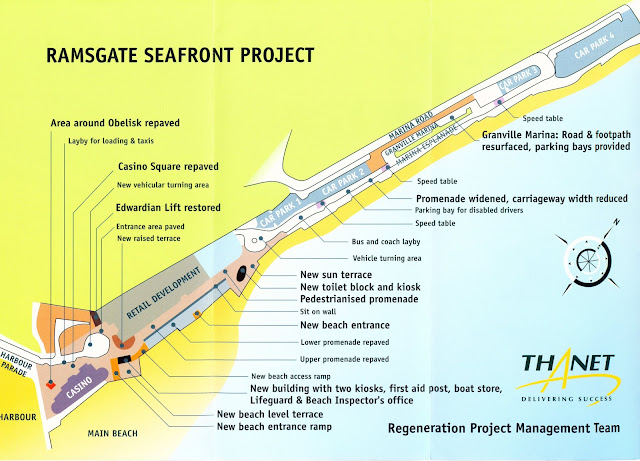 A fairly quiet day in Michael's Bookshop, where I work, today, so I got a bit more done building more bookcases. We got a reasonable amount of books priced and put out on the shelves too.

link to the photos of today's books

Finally the sewage, legend is that Queen Victoria caught cholera in Ramsgate,anyway there seems to be a Thanet pollution reporting issue at the moment. 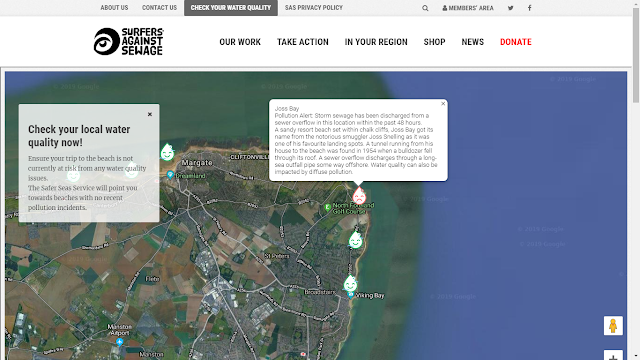 Link to the TDC press release

I wonder who is right.

I just checked the SAS website and they haven't taken the information down from their map.

Obviously while this isn't what we would want just before a bank holiday with a good forecast I think it is very important that the council play things very cautiously and warn people adequately.

Public confidence that they will pull down the blue flag and hoist the brown flag if needs be is as important as having quality beaches.

According The Isle of Thanet News Southern Water who theoretically notify SAS of a discharge say there hasn't been one so a major glitch somewhere.

Update, I have just had a look this morning 21.8.2019 and the Joss Bay warning has gone, in fact there are no warnings on any of the Kent coast.

My own take here is that this one needs resolving, either there was no discharge and something went wrong between Southern Water and Surfers Against Sewage or there was and the main agencies who should be protecting us covered it up. Either way it damages the local economy.