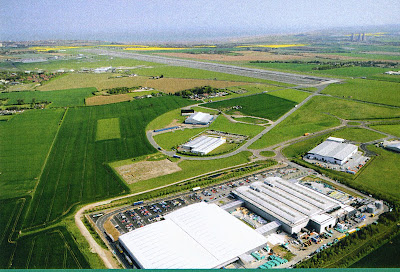 This morning I got a letter from the council inviting me to attend a meeting about this in November 2008 i.e. three years ago. I have just rung them up and apparently this was an error, the planning committee meeting will be next week.

I am starting this with the company behind the development, China Gateway International, their latest report is at http://www.cgiplc.com/documents/cgi-signed-accounts.pdf and says among other things, their £34.5m loan expires at the end of this month, that without the council signing the 106 agreement the land at Manston could be worth as little as £1.8m, with the agreement signed the land would be worth about £4m.


The London Stock Exchange is quoting their share price at 4.5p see http://www.londonstockexchange.com/exchange/prices-and-markets/stocks/summary/company-summary.html?fourWayKey=GB00B1P70L34GBGBXASQ1 giving a market cap of £1.37m, so if you think the council are going for this development it may be a good time to buy shares. 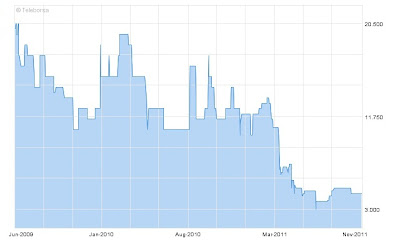 The main snag with this development has been where the water goes, it is on top of the chalk right next to where most of Thanet’s drinking water is pumped from and initial plans were for the individual Chinese companies to have septic tanks on site that drained into our drinking water.

One way or another you may think that this was a good idea, I didn’t however and objected to the proposal, during this period I put my engineering hat on and asked the planning officers involved some questions about the proposal.


Eventually the two senior planning officers, Doug and Brian (no surnames here, they have both left the council now, comment with officers surnames in it will be deleted) came to see me. It was obvious to me that they both understood the implications of the drainage issues and they considered that the best approach was to set very stringent requirements for a 106 agreement and pass the plans. Their main concern being that if the planning application was refused then it was possible that the planning inspector would allow it on appeal, without proper regulation of the drains.

This is where Pleasurama rears its ugly head as I had somewhat similar conversations about The Royal Sands Development, they said that they weren’t that concerned about the safety aspects that worried me with this development, as they would deal with these when the development was under construction, because the council would be regulating the building control.

What actually happened was that when the development started building control regulation was put in the hands of a private company and frankly I don’t think the remaining council officers are convinced that what is going up is what they expected to go up. Particularly in terms of the development being stuck to the ground so that I can withstand a tidal surge storm.

I have now found a more up to date financial statement for China Gateway International, see http://www.cgiplc.com/announcements_1600N.htm

I have had a chat with the council’s planning department, who say that the 106 agreement is just about due to be finalised, it seems that there are new plans for the drains that Southern Water are happy with, although it seems a bit uncertain if the council have seen them.


They don’t seem to have been published on the council’s planning website, I have made arrangements to email the council once I have had a look at all the documents that are online and they have promise to send me anything they can find about the application that they haven’t put online.


I have some reservations about the level of communication between TDC and Southern Water after the incident last year that lead to the council flying a blue flag on the beach immediately after Southern Water had had an equipment failure that lead to a sewage discharge adjacent to the beach.

Anyway on to the documentation that the council have published http://tdc-mg-dmz.thanet.gov.uk/mgConvert2PDF.aspx?ID=15160 is the stuff relating to next week’s meeting.

With the plans it is a bit more difficult as they are on the councils planning website so I can’t make links to them you will have to search the application ref F/TH/08/0400 and the website address http://www.ukplanning.com/thanet

You may wonder why this wasn’t discussed in April, May and October of this year when the newer documents were added, the answer is that the council’s planning website gives no notification of added documents, so no one was aware they had been added.

The council has produced a FAQ page at http://www.thanet.gov.uk/news/latest_press_releases/manston_business_park_plans_in/faqs_about_manston_application.aspx
I think that the problem here is one of the balance between any local jobs the scheme produces against the environmental considerations, the main environmental consideration being maintaining a usable water supply.
The main other considerations will be that noise, traffic, air and light pollution these considerations seem to covered comprehensively in the documentation that the council have published.
I can’t find athe documentation about the water issue so have sent the following to the council.
“Thanks I have been trying to get to grips with the documentation on the UK Planning website and the China Gateway website.
As far as I can see detailed documentation has been submitted to all the other aspects of how they intend to comply to the 106 agreement apart from drainage.
I don’t understand if this means that the council would sign the 106 without a drainage strategy or whether the drainage strategy exists and either hasn’t been published or I haven’t found it on the planning website.
I would assume that the roof drainage would go into the ground in SPZ2 and 3 areas but not be allowed in the SPZ1 areas on the site.
I am also assuming that the foul drainage will be going into the sewage.
I can’t see how the car park drainage can be accommodated within the existing infrastructure, both in terms of pipes and processing plants, so I would very much like to see what the plans are for this drainage.”