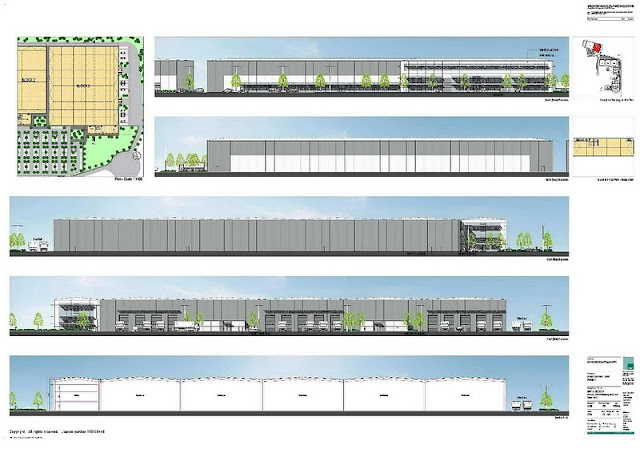 China Gateway, China Gate or whatever you want to call it comes before the planning committee for deferral this evening and I suppose deferral is probably the best option for it.
The worry with this one was that the council would either pass it without the proper measures in place to protect our water supply, or turn the thing down and the planning inspectorate would overrule the council and pass it without the proper measures in place to protect our water supply.
Here are the pertinent bits from when full council passed it last time http://www.michaelsbookshop.com/1111/id4.htm
My understanding is that until all of the problems in the 106 agreement are sorted out the council won’t sign it so the development won’t start.
At the moment while we have so much vacant industrial land both nationally and locally, building an industrial site on prime farm land next the drinking water borehole does seem totally insane.
However whether you are for or against this development I would say you would be likely to agree that resolving the surface water drainage form the lorry park down near the pumping station has to happen before the development starts. The main reason for this is that if the situation can’t be resolved then the site layout would have to be changed, something that would be very difficult if part of the site has already been developed.
The problem is a simple one to understand, at the moment just down hill from the lorry park is the borehole, so a typical problem scenario would be; a thunder storm that caused a power cut and rain, with no pump running the water and any contamination from the lorries would run off the edge and into our drinking water.
Manston Airport solve this one by having a big pipe leading into Pegwell bay, the China Gateway people don’t have this option as the Environment Agency have already said that it is too dangerous to drain the lorry park into Pegwell Bay.
Posted by Michael Child at 13:51