Pictures of Ramsgate from the Tower of the Granville 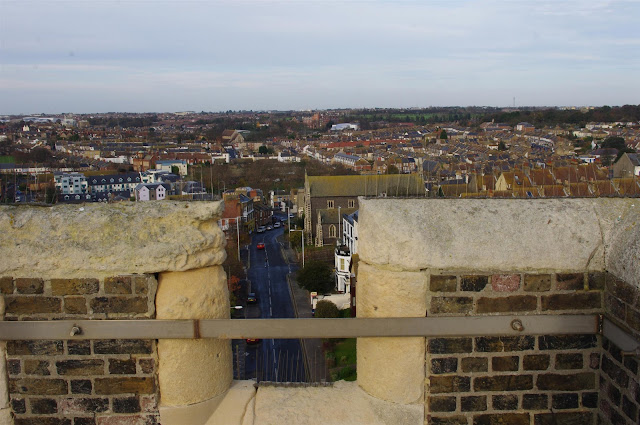 Another page here, different (compact camera, the previous pages were taken with a DSLR) http://www.michaelsbookshop.com/gt/id5.htm

None of the pictures linked to this post are the same as the ones linked to yesterdays post.

Next some of the pictures inside the tower, a content warning here as some of the graffiti much of which dates from when it was a lookout post in 1940 is a tad obscene, here is the link to the pictures http://www.michaelsbookshop.com/gt/id6.htm
Items of note here are the Otis lift winding gear and motor, the plate says Otis Waygood so I could be pre war, I am not sure how you date these as Otis made their own motors and quite modern 1960s ones have the same look as the pre war ones.
You can see there is a structural issue with the tower which is about to be addressed.
This tower was originally much taller and the height of it was reduced sometime before 1900, the purpose of the tower was for water tanks relating to the spa baths and hotel.
Posted by Michael Child at 16:58