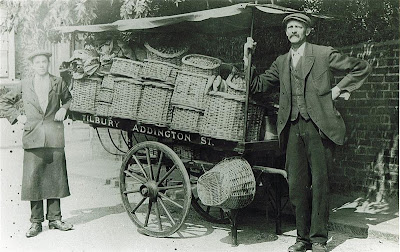 I have just opened my bookshop and fired up the computer to receive the cryptic message, “the scheduled agent is corrupted” not an auspicious start to the week.

Still no mention of the royal visit on the council’s various websites, nothing on any of their three events sites, nothing on their Facebook wall, not a tweet on their Twitter. Just how much this sort of thing costs local businesses, what the cost in local jobs is, I don’t know. Say 5,000 people don’t visit Thanet on Friday who would have done if they had known about the event and say they would have each spent £50 in Thanet then that is a quarter of a million lost to the local economy.

I bunged in an official complaint, emailed the chief executive and the leader of the council asking for any comments may have about this, any replies I get I will publish, however I wouldn’t hold your breath.

I will ramble on as and when I get time, I am just putting the finishing touches to a new, old book about Birchington so that may take priority, although it rather depends how it goes.


I haven’t heard anything back from the council leader, chief executive or the council’s customer services, but they have now updated their homepage and put up the press release that they issued on Friday.

After this what the council have done gets really bizarre as their feeds (this is the way they send out information to websites and computers) have been backdated.

This is what they are feeding, in red below:

03 November 2011, 14:47:54
The owners of a derelict property in Margate have been ordered by the courts to carry out work to bring it back to a good level of repair.

03 November 2011, 12:18:40
Margate Old Town and the Turner Contemporary are to be included on the route that The Queen and The Duke of Edinburgh will be taking on their historic visit to Margate on Friday 11 November.

03 November 2011, 11:59:55
A "compelling case" to compulsorily purchase the Dreamland site and turn it into "a new and viable heritage Amusement Park" has been set out by Thanet District Council.

I only really picked this problem up because the Olympic torch news was part of a national news embargo time of midnight last night / this morning and I noticed that when the feed appeared on this blog and Thanet life it was time stamped 04 November 2011, 16:26:54.

I think this may the key to the reason why so much the council releases doesn’t feed properly, doesn’t for instance appear on their Facebook wall or the blog sidebars that rely on feed technology.

I think the problem revolves around backdating their feeds, so that with the royal visit a press release is listed as being added on the 3rd of November when it was actually added on the 7th, after say the Olympic story that was added earlier on the 7th but dated the 4th.
Posted by Michael Child at 10:26