One of Ramsgate’s civic occasions. 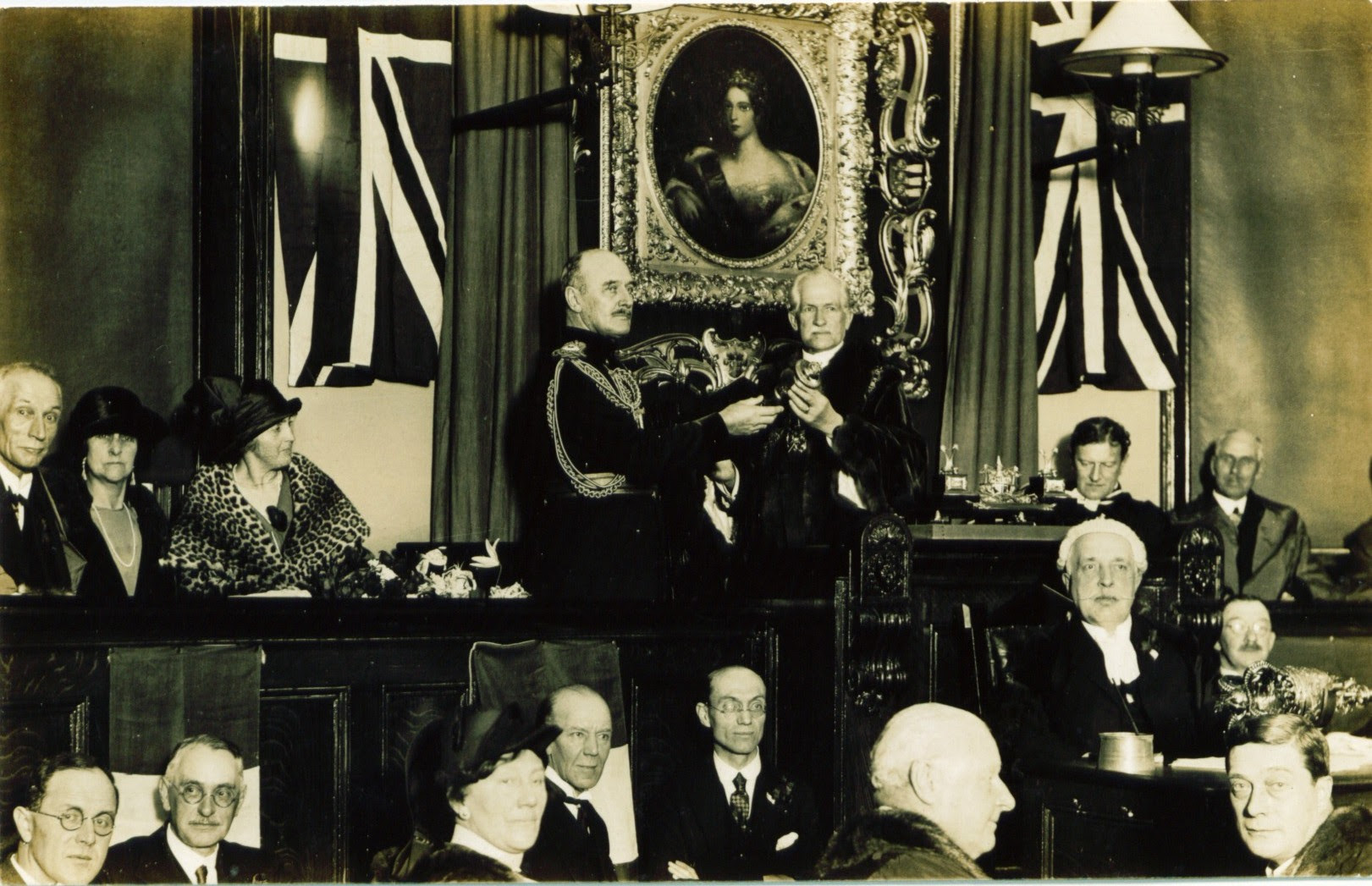 On the back of this picture it says, 11th November 1925 the freedom of Ramsgate being granted to field marshal viscount Allenby.

I have just finished volume 3 of my series of books of postcards of Ramsgate, each volume contains about 160 pictures and they sell for £7.99 each. I am working on volume 4 at the moment and this is one of the pictures that will go in it.

I have then gone through all of the images, enhancing them, cropping them and adjusting the contrast and brightness for printing, so I have seen them all again on the screen again at that point.

Now however in book form, and my books are fairly simple stapled affairs, it as though one is somehow seeing the pictures for the first time, there is something in turning the paper pages that just doesn’t work on the screen.

Looking at this picture one is aware that we have lost something of our national identity, and our identity as a town, I am assuming the picture was taken in Ramsgate town hall. It is certainly clear that the people making the vital decisions about a town as large as Ramsgate should have some sort of stake in the town.

Click here to enlarge the picture
Posted by Michael Child at 16:20