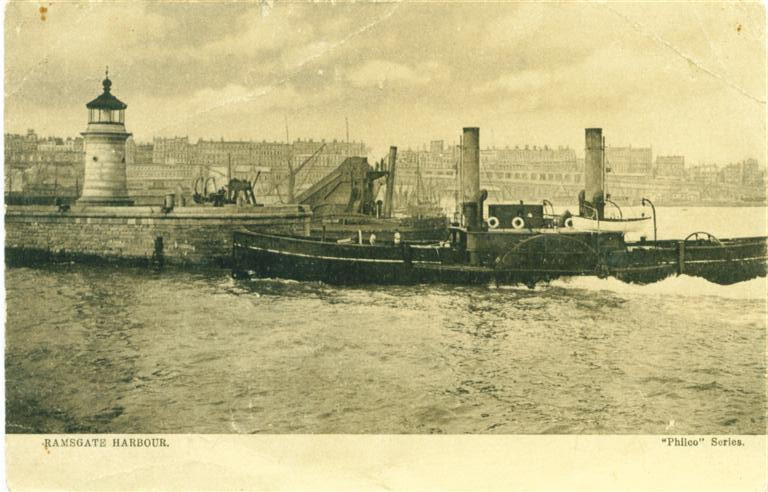 I have put up a couple of pictures of the Tug Aid and found out a bit about the plans for The Cervia. 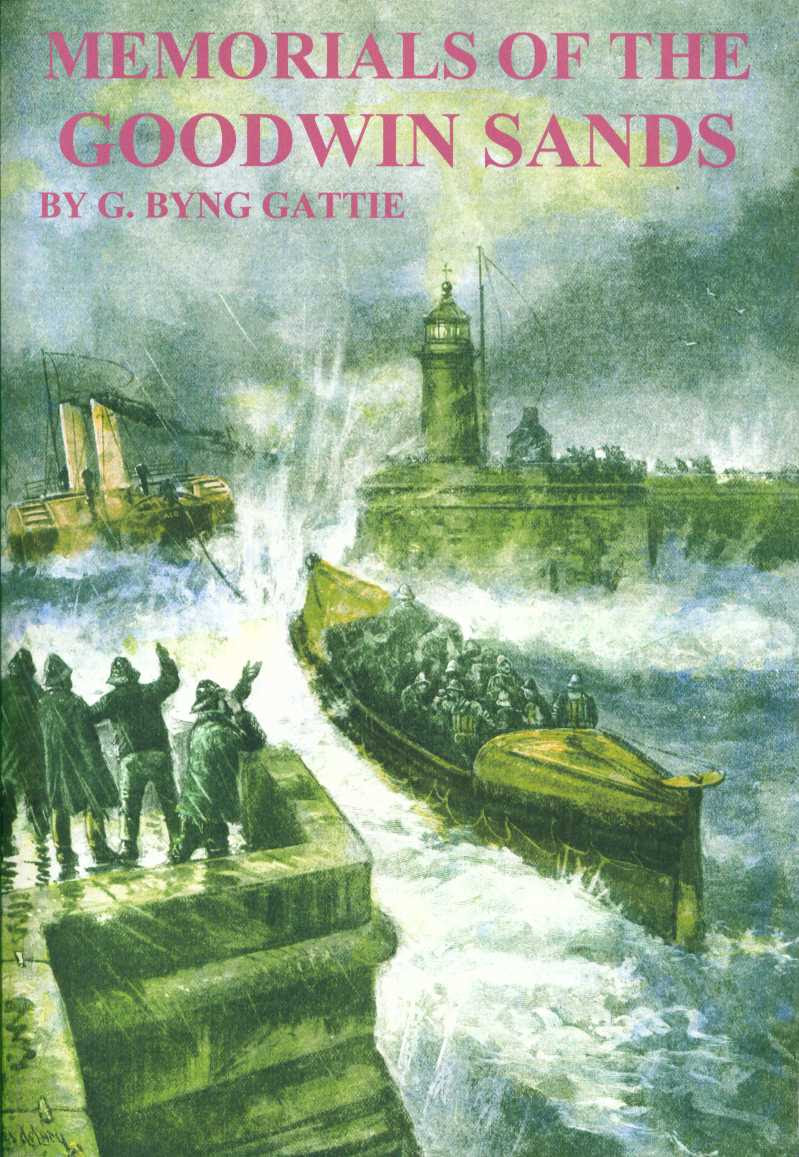 I used a picture of Aid for the front cover of Memorials of the Goodwin Sands it shows the Ramsgate lifeboat being towed out of the harbour by the steam tug “Aid” at about the time the book was first published. This was the second (the only one with two funnels) of the three tugs named Aid that served Ramsgate harbour, the first from 1885 to 1889, the second from 1890 to 1914, and the third from 1914 to 1938. By 1938 Ramsgate lifeboat had its own engine and so didn’t need towing. The lifeboat in the picture (probably “The Bradford”) is of the self-righting type, the raised parts at each end being the buoyancy boxes filled with cork. A combination of these boxes and a weighted iron keel underneath meant that when the boat was turned upside down, by huge waves it rolled back the right way up. For a time my brother owned one of this type of lifeboat that had had an engine fitted and converted into a “pleasure” craft. Although it was evidently a very seaworthy vessel it was incredibly boisterous in any sort of a sea. Definitely built for seafarers with stomachs of heroes. As it surged up and down the waves like a roller coaster car one was only too aware that the stern buoyancy box had been emptied of its cork to enable the engine to be installed. The Bradford was propelled by 12 oars, with I think 2 men to an oar, I can testify that a similar vessel with a forty horsepower engine is an unwieldy craft that feels under powered when one tries to manoeuvre it. From about 1845 Ramsgate had a steam tug and from about 1858 two steam tugs the other being the Vulcan. The combination of the tug and lifeboat proved to be the most effective method of sea rescue before lifeboats were powered by their own engines. One of the Ramsgate tugs was kept with her boiler alight and ready for action 24 hours a day. In Ramsgate today (after a gap of about a year when they were stopped for health and safety reasons) we hear the maroons fired when the lifeboat is called out; often to rescue people who have underestimated the hazard of the Goodwins.

Click here for information about the Cervia
Posted by Michael Child at 10:01