Tesco, Thanet District Council and The Isle of Thanet Gazette a view from the unaccredited media

Being part of the unaccredited media and feeling vaguely like the oppressed press, I duly went out and bought a copy of the Soaraway Isle of Thanet Gazette as our local soaraway councillor calls it.
The papers website has gone totally bananas, all their Thanet feeds seem to have died and their Thanet articles now appear in different places with no links to earlier articles about the same subject. I sometimes wonder if large organisations can make a sensible decision at all.
As you will all know, I, being unaccredited, no longer get the council press releases and as my computer seems to have a similar problems to the even bigger one at Goggle, to which my one is but “shallow thought” and not worthy to……., I don’t seem to be getting all the council’s press releases via RSS. 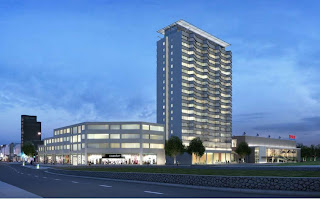 Anyway my understanding is that the council have passed the plans for the Tesco at Arlington House by their usual majority 1, see http://www.thisiskent.co.uk/Arlington-House-plans-met-anger/story-12788690-detail/story.html and http://www.thanet.gov.uk/news/latest_press_releases/arlington_planning_decision.aspx

Then things get really confusing as according to the Gazette there is already anew Tesco in Margate with traffic problems, see
http://www.thisiskent.co.uk/Motorists-moved-PCSO/story-12788631-detail/story.html 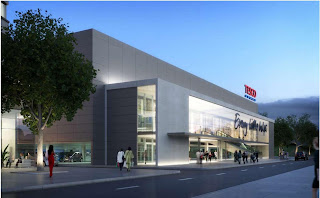 The story starts:
“MOTORISTS illegally parking on zigzag lines outside a new Tesco were caught red-handed after a tip-off to the Isle of Thanet Gazette.”
Then goes on to say:
In just 45 minutes PCSO supervisor Andy Howe, 43, caught nine motorists parking illegally outside the store in Hereson Road, Margate.”
I think someone here may need breathalysing, perhaps me, as I thought Hereson Road is in Ramsgate.
Then it goes on to say:
He [PCSO supervisor Andy Howe] said: "I've spoken to management at Tesco and we are trying to figure out a long-term fix. My suggestion is Tesco pay for the removal of the zebra crossing and put in a traffic island to make a safe place to cross and slow traffic down. Hereson school is not here any more."

Is this just me again or wasn’t the School site, at the other end of Cecilia Road to the traffic lights, bought by St Ethelberts Infants and Junior School, perhaps the police see younger children as needing a zebra crossing even less, being. What? Expendable.
The pictures are courtesy of Thanet district Council and relate to a time before I was blacklisted.
Posted by Michael Child at 16:33