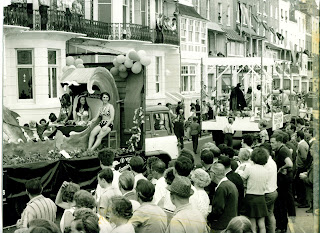 There is what I would call a strong rumour that the cabinet is to be reshuffled with some Labour representation.

Sorry about the rather short post there, a busy morning in the bookshop, I will do my best to expand what I have heard.
It’s gossip really, so I wouldn’t take much heed of it.
The cabinet is to have a reshuffle and as you would expect in Thanet this is a totally behind closed doors affair, I think the idea is to give the less senior of the senior men more responsibility, while the more senior of the senior men get less.
Apparently the Isle of Thanet Gazette wanted to get the press release before everyone else, so that they could meet the copy deadline for Friday’s paper and so they tried the old journo trick of pretending that they knew more than they did, this backfired.
With the Gazettes website blown to pieces, all the links to their stories sending you to error pages or advertising, they are reliant on old fashioned paper and of course their FaceBook site http://www.facebook.com/thanetgroup where they say:
Isle of Thanet Gazette
Thanet District Council will announce the new cabinet positions today. The Isle of Thanet Gazette team believes that the following councillors will be made cabinet members for the said positions: Councillor Chris Wells for Housing and Community Safety; Councillor Bob Bayford for Finance; Councillor Alisdair Bruce for Regeneration, Port and Tourism; Councillor Martin Wise for Internal Performance (Thanet council staff performance and council overall); Councillor Simon Moores for Waste and Parks. The announcement will be confirmed later today and we will bring you the news as we have it.


The cabinet don’t seem to want to release any press release until they have shown it to the Labour group, and certainly wouldn’t tell a lowly blogger like me until last.

I am not really sure if there will be a Conservative group press release or if this will only be a council press release.


The real problems though relate to the no overall majority business and the fact that there are no councillors from the two main Thanet towns in the cabinet.
I will add to this one as more information becomes available.
Posted by Michael Child at 11:04