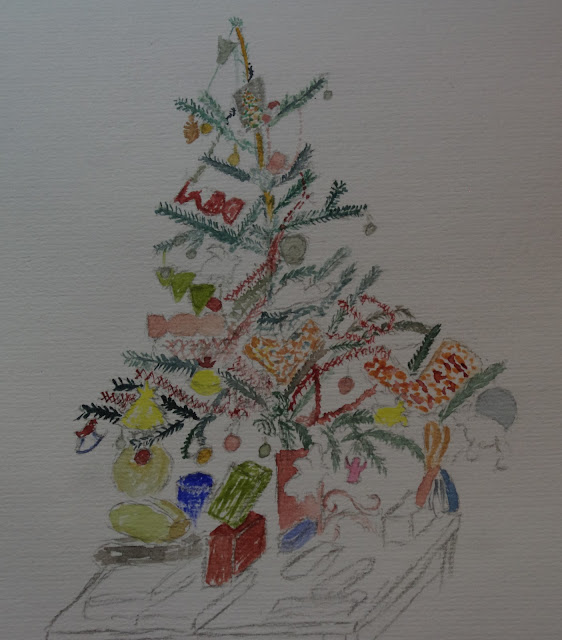 The picture of the Christmas tree, a work in progress a sort of ecard if you like, bit of a complex issue this, as most of the decorations have been made by my children, so the previous picture just wouldn’t do, very little artistic licence when it comes to children. 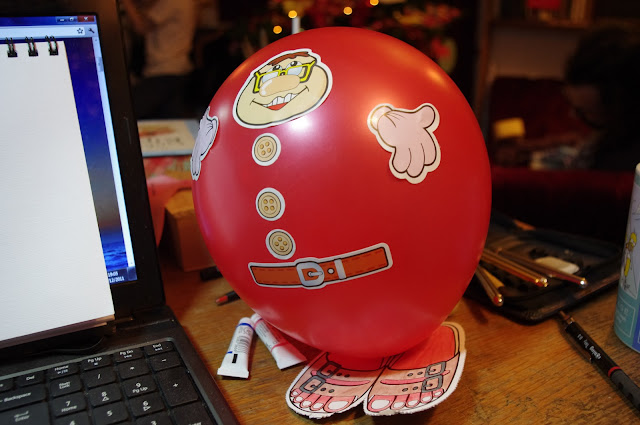 One of my children has been engaged in colouring the feet for her balloon while I have been painting and said I ought to put a picture of the balloon on the blog, not for me to argue.
However you look at Christmas it is the celebration of the start of a major world religion in one sense and in the other the celebration of a teenage pregnancy.
Of course we are looking at the middle east two thousand years ago where the foundation of religions was not uncommon and the normal age to get married was twelve.
Being a pregnant teen two millennia ago in an atmosphere of a forthcoming messiah, with ones virginity presumably a subject of scrutiny, in a country occupied by a militaristic foreign power, doesn’t sound easy.
The way we celebrate Christmas has developed in the strange way that things human do, hence a religion that started in a hot part of the world is celebrated with pine trees and snow. 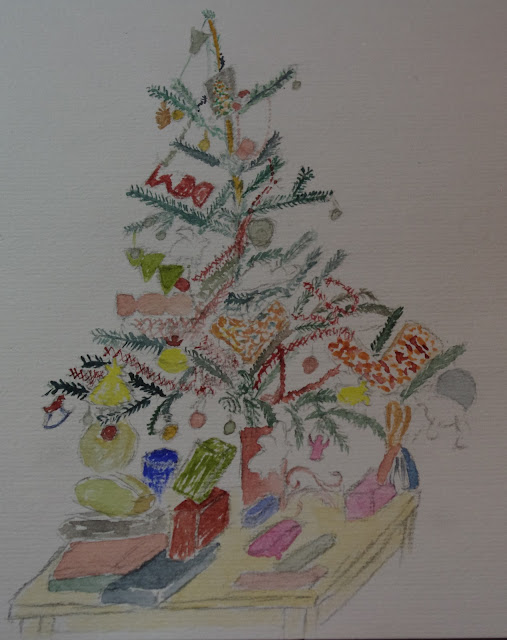 That’s as far as the ecard goes, I had a bit of an artistic accident with it after that, but learnt a new watercolour technique because of the accident, so overall I very happy about spoiling the picture.
Paint is something that I don’t really understand properly and don’t want to learn from people who do yet.


The easiest way to explain this is like this. I can draw people fairly well. My definition of this is explained in the table below with 1 being not so good and four and a half fairly well. 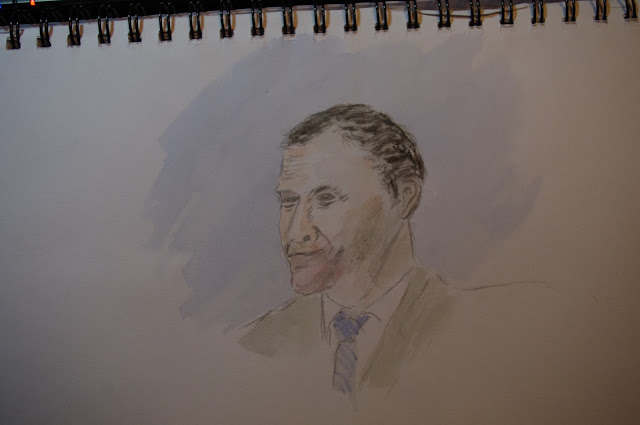 5 you can tell who the actual person is.

Anyway I read this book saying that necks are particularly difficult to draw after which I couldn’t draw them for months.
I may ramble on a bit.
Posted by Michael Child at 19:46