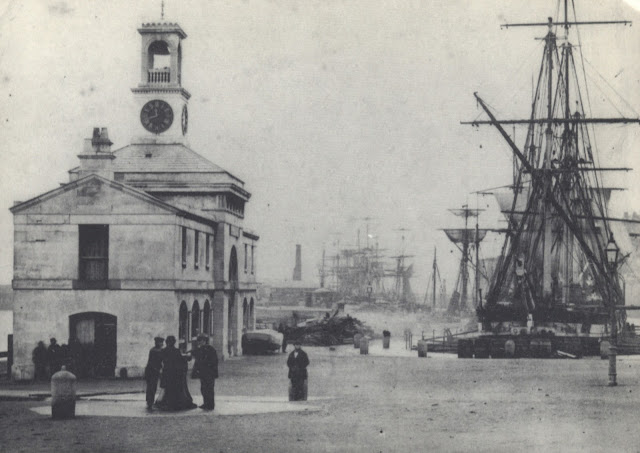 There is a good chance that the that at tomorrows council meeting the leader Bob Bayford won’t be able to get enough votes to remain leader, if this is a case the rules are that the council will then have to elect a new leader immediately. I would say once again there is a good chance that the new leader will be Clive Hart.
The question of course, whatever the result is, what next? However the vote goes it leaves us in the same predicament, a council with an unstable leadership, likely to be turned over at the next meeting.
Essentially the problems revolve around there being no councillor charismatic enough to be a leader who would take all of the councillors with them and sort out some of the serious problems that Thanet has.
I don’t think either the Labour or the Conservative group have grasped the fundamentals of working within a situation where they have no overall majority. I think most councillors see the resolutions in terms of personal gain, handing out posts to independents that carry a good allowance, rather than in terms of actually trying resolve Thanet’s problems.
I think what I would do, if I was in the position of leading either group, would be to start with a list of objectives for the term of the current administration, put those objectives in the public domain, with a challenge to the independents to support them.
What of course won’t go away is the way the councillors and officers handled the elected leader consultation. Politically the councillors really haven’t got a leg to stand on as both of their parties seem to be supportive of letting the people decide which system of local government they want and both parties at national level seem to be broadly in favour of the elected leader model. From the officer point of view, I would say that the way the consultation was handled falls into the bracket of being so bad that its legality is questionable.
On to the Ramsgate Maritime museum and the question due to be raised at tomorrow’s meeting.
Failure to produce a workable lease has meant that the museum has been mostly closed for the last few years, something that is damaging to Ramsgate’s economy, particularly the café culture near the museum.
I am only trying to guess what is going on here and detect the two underlying stances.
A charitable trust, that wants to take over the museum and I would say they see what they are offering as something highly beneficial both to Ramsgate and TDC.
The council, I think would rather go for an unsustainable quick fix, like the one that Margate Museum has, that would both get local people off their backs and keep their options open should they ever want the building for something else.
I would say that this is partly because of the uncertainties relating to rest of the council owned property nearby; Royal Sands, slipways and Casino (pavillion) building, which could make the clock tower both desirable and valuable and partly because the council have no real plan for the harbour. The main issue here being that the council own all of the harbour and may wish to let the whole thing out to an outside management company, that in tern may fancy this iconic building for themselves, perhaps as offices.
This all means that the council benefits from any delays in assigning the lease to the charitable trust, and because of commercial confidentiality any unreasonableness in the negotiations are hidden, so while all the delays go on and the council don’t appear that good, but they don’t appear that bad either.
Another problem here is that trust that want to take over the museum are very experienced, this of course means that they have come up against pitfalls before, both in terms of grant and event funding, so they will insist on a workable lease, both in terms of what the charity commissioners will accept, what sponsors will accept and what is viable in terms of onsite funding.
Anyone who has been to The Preston Steam Rally, an event managed by this trust, will understand that they will not settle for something unworkable and very small scale; that will ultimately fail.
There is a sense where councils prefer to work with organisations that are amateur, this always gives the council the upper hand.
My investigations lead me to believe that we have once again reached a point where the differences between what the council are prepared to grant in terms of a lease and what the charitable trust are prepared to accept are very close indeed.
By this I mean that lease agreements could be signed in weeks rather than months or years. However as I said I believe that the council would rather delay things at least until they have published their master plan for the harbour.
Will the question at tomorrow’s council meeting force the council’s hand into taking some positive stance?
"A steady stream of people come to Ramsgate to visit the Maritime Museum and are disappointed to find that it is closed.  What reassurances can Councillor Bayford give the people of Ramsgate that this unacceptable situation is being addressed with any urgency?”
By this I mean, will the council risk losing the contents of the museum, The Sundowner and the Cervia, in order to keep their options open and the plates spinning. They certainly seem to prefer Ramsgate’s public buildings to be both vacant and closed, pretty much all of the ones they own in Ramsgate are. I would imagine this an easier and safer option for the council than seeing them put to some use.
Posted by Michael Child at 16:06