Thanet District Council and the new Conservative cabinet what went wrong? A bit of a ramble. 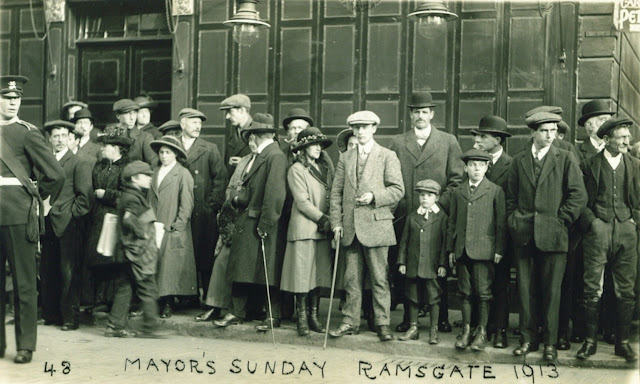 I suppose that so much of the comment, interest, whatever you like to call it has been focused on John Worrow, that the main long term problem for any council with no overall majority has to face, hasn’t really been mentioned.
This is how the governing group manages the independents and opposition councillors.
The new Conservative cabinet in Thanet started in an unusual position, in as much as they were poles apart from the old Conservative cabinet of Ezekiel & Co. so they inherited a situation where the previous cabinet, while theoretically on the same side and therefore difficult for them to criticise, was viewed by them as something not very good.
I think the new Conservative group viewed themselves as a group of academics, inhabiting a somewhat higher country of the mind than the geography the rest of us inhabit.
This higher country of the mind is also an area often inhabited by senior local government officers, lets face it if you can’t get job as a captain of industry and you can’t get a job as a senior civil servant in national government, you can’t get a job at county level, well I don’t suppose I have to draw a diagram.
When it comes to dealing with the problems in local government, it is having a very complex set of rules and producing intricate paperwork that fills the bill and ensures you keep your job, the maxim being. Make it long make it complicated make it up if you have to.
With the internet I have caught them out on several occasions and posted about it, they take a very complex document, that probably even they don’t understand and lift it from another council’s website, replacing the word Thanet with the name of the other council.
Now the council cabinet are supposed to represent the people of Thanet, and the officers are supposed to present the information for the decision of the cabinet in a form that ordinary people can understand.
What seems to have happened is that our new intellectual cabinet, we shall call them the collegiate after the fictional character College, the tramp; went of for a tramp through the high country of the mind with the officers. Well this was all fine and dandy, in these ebony towers it isn’t necessary understand what is going on, just that they appear to, until they had to hand out chairs to the independents.
Well it seems one of the independents didn’t understand the rules here and visibly failed to understand what was probably incomprehensible anyway, to which the collegiate responded along the lines of, you’re just not clever enough to understand the framework.
I had a bit of this sort of nonsense over Pleasurama, I pointed out to the councillors and the officers, that the EA officer with the qualifications in costal engineering, had said that come a big tide and storm, the thousand or so people living in the new development could all be trapped inside.
I said to them, look the only expert who has pronounced on this thing says it needs pedestrian escapes and a risk assessment. I was assured that this didn’t matter as all the proper procedures had been followed, as though this would hold back the sea.
Anyway no one likes to be perceived as stupid, so after a lot of failed smoothing out, this independent voted against the Conservatives. This surprised the others as they had all agreed to vote for them, one did and the other one abstained, well you know the rest.
After this and even more amusing was that the other two Birchington Conservative councillors voted against the Conservatives and with Labour for their free parking.
How things will go now are a bit hard to say, I think Sandy Ezekiel is up before the beak next week, so how that pans out could effect the Conservative numbers for a while.
With this following the rules thing, the latest laugh is on the sidebar of Thanet life, as I predicted in my previous post the council have put up the new cabinet posts, that they should have put up last Friday today, but as they can’t admit that they forgot to do it on time, it appeared there date stamped Friday.

I suppose the a good example of this is the current tangle over Europe, the eurocrats have built a whole continent based of the expansion of legislation and bureaucracy.
Now pretty much everyone can see that the countries of Europe managed to rub along by having exchange rates between their currencies.
If the Germans all rushed around being productive, while the Spanish sat outside the taverna and the Spanish economy went a bit pear shaped, the value of the peseta became less so Spanish holidays became cheaper, more people went there on holiday and the Spanish economy improved.
Masses of eurocrats and members from all countries have to do something, usually something expensive, billions were spent on the single currency, and it doesn’t work.
Well the Germans are printing Marks, which seems to be the nearest anyone has come to saying it was just a mistake.
I suppose they could get rid of nearly all of the people involved and go back to a common market, throw all of the European legislation out of the window, I don’t see much chance though.
I find as Europe progressed through this grand dream I have more European friends and one thing they all seem to have in common is a dislike for the great central bureaucracy.
I wonder if there is a way to government at any level, where it common sense that prevails.


Back to the collegiate cabinet and the notion that they had drifted of into some high country of the mind where they thought the complexities of running Thanet requires superior minds and that only they were capable of running our little island.

Perhaps it was just because they really had no plan B, kamikaze perhaps, anyone got any ideas?
I was wondering if this has ever happened before, I mean a politician losing a vote of confidence and then being put up for election again by his party in front of the people who have just voted him down, I can’t find any incidence of this elsewhere historically, can anyone else?