Rising to the challenge of drawing Ed Miliband 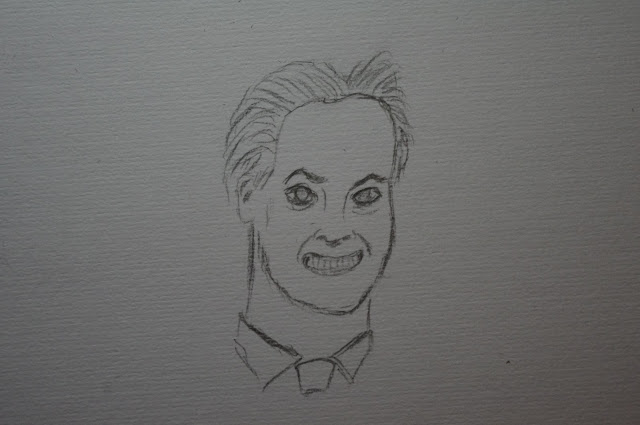 Ed Miliband is today’s subject for a series of stock cartoon figures that I am knocking together for my own amusement, this is the first attempt at the business of trying to work out with a pencil what it is that makes him recognisable as who he is.
You have to appreciate from the artistic point of view I am not trying to produce a portrait here, but a cartoon that represents what he looks like.
I will probably drivel on about this as attempts at trying to achieve this go wrong. 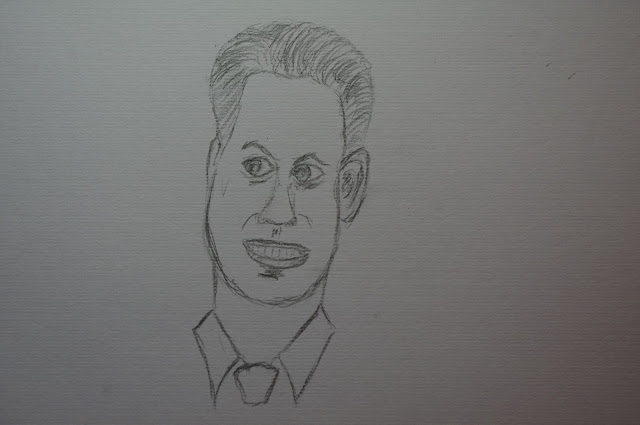 A second attempt at Ed Miliband, not an easy one this, however I have noticed that with this sort of caricature once you settle on an image there is a sense in which peoples perception of the subject subtly changes to include the caricature in the recognition of the subject. 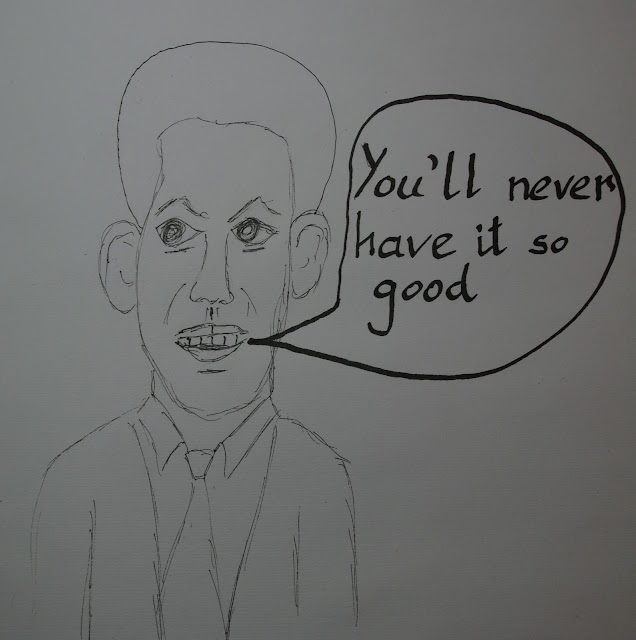 Ed Miliband. You’ll never have it so good.

As you see this sort of basic format allows one to produce a rough cartoon.
Posted by Michael Child at 16:31