I suppose one doesn’t really qualify for full Ramsgate residency unless at some time in ones life one has engaged in some of the towns traditional minor acts of civil disobedience, actually in today’s beleaguered times these are now probably criminal acts so I should probably be careful about what I say. 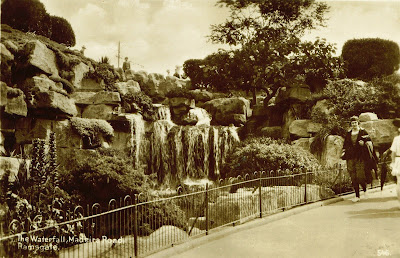 OK you may not have your name amongst the graffiti in the Ramsgate Tunnels or have committed the felony of tombstoning, although in my time this was just diving off the fish quay and didn’t attract any notoriety at all, but few who spent their youth in the town can claim never to have put washing up liquid in the waterfall. 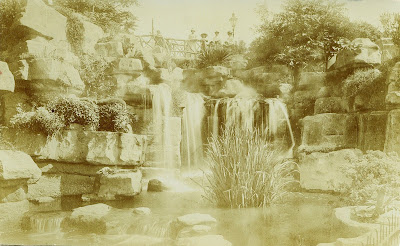 There was some talk a while ago about restoration work on this whole area and certainly the shrubs have been cut back much more to the levels that they had reached back in the days when the local youth first discovered the pulhamite outcrops, this was before the days of fairy liquid, when the only mythological creatures in bottles were genies, so the had to make do with grated soap, washing soda and glycerine to create the desired amount of foam. 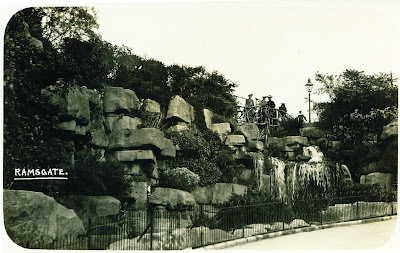 My understanding has always been that James Pulham took the secret of pulhamite to the grave with him when he died in 1898 and restoration was impossible without the help of a medium, so on hearing about the restoration I assumed that TDC had overcome the barrier of death and had acquired the recipe. 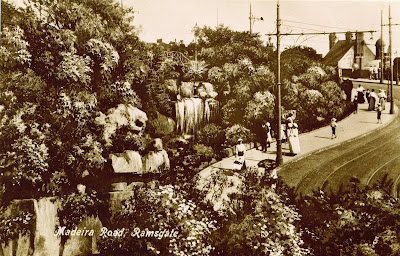 Such restoration work as has been completed owes much to the prosthetic limb school of pink with the sculpting appearing to take much from the school of over enthusiastic beginners in pottery. Staying with the occult theme, you just would not want to meet the golem. 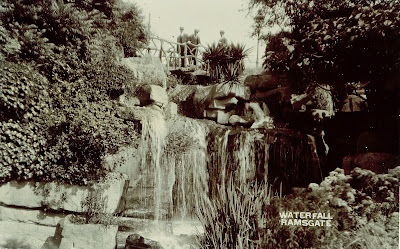 All of the restoration work seems to be to the waterfall part, interestingly the parts of it that get wet seem to have been coated with some sort of shiny material, patent leather shoe polish, varnish, fibreglass, polymer, your guess is as good as mine.

Click here for the pictures taken this morning
Click here to see how it should be done if your computer can manage a fairly large pdf file
Posted by Michael Child at 14:25