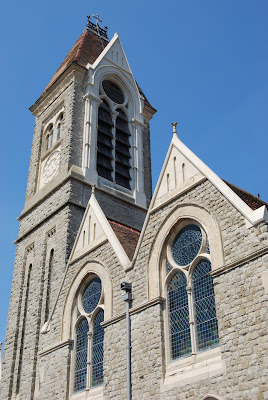 It was quite a short agenda at Thursday evenings TDC Cabinet meeting but I was pleased to see an excellent turn out by our Shadow Cabinet team. We were also joined by a very conscientious Cllr. Alan Poole who had serious concerns about open space in his Moses Montifiore ward. As always our members were ready to both assist and challenge whenever each proved necessary.

Item 5 POTENTIAL ASSET DISPOSALS FOR 2009/2010 - Cllr. PETER CAMPBELL & Cllr. ALAN POOLE
Cllr. Campbell raised concerns about the substance and structure of a proposed report on the 99 year lease for Ramsgate Maritime Museum that would cover legal issues around the long length of time and whether it actually amounted to disposal.

Cllr. Campbell also raised concerns about land at Effingham Street in Ramsgate in relation to access for the fire service and provision of possible disabled parking for residents using local facilities.

Cllr. Alan Poole said he was pleased that TDC had finally seen sense and removed land at Montefiore from the process whilst the village green application was being discussed. He said it was green open space used by the community who had not only clearly spoken but also produced several petitions. Cllr. Poole was insistent that TDC should have withdrawn the open space from the list as soon as the village green application was made and that it will have to remove it completely when village green status is finally given.

Cllr. Iris Johnston pointed to earlier plans to create such a facility back at the beginning of the decade and said she was concerned at how long it had taken to get to this stage and that it would now presumably cost considerably more.

Most importantly, Cllr. Johnston raised serious concerns about TDC being the guarantor for a Thanet Leisure Force loan of £1.62 million. There was a long debate between council officers concerning a previous legal case but eventually members were finally assured that all was in order as far as the Hartsdown project was concerned.

Cllr. Peter Campbell also promised to be brief and he was. He simply pointed to 4.1.1 in the report being discussed which said 'The details of associated costs of the ICT Strategy have yet to be identified'.

Cllr. Campbell asked if Cllr. Moores had anything to say about a report which clearly showed his scheme was as yet uncosted?

There was a very long silence before Cllr. Moores fumbled together a feeble excuse of a reply!

Ed as I said the other picture of St Michael & St Bishoy Coptic Church in Northdown Road, I know this is a bit of a party political broadcast on behalf of the Labour group and I have asked the Conservative group to come up with something on these meetings but no luck so far.
Posted by Michael Child at 10:08