Here I am posting on the blog again, bit of a moan, another crack at trying to get some sense out of the RiverOak RSP people and anything else that comes to mind. 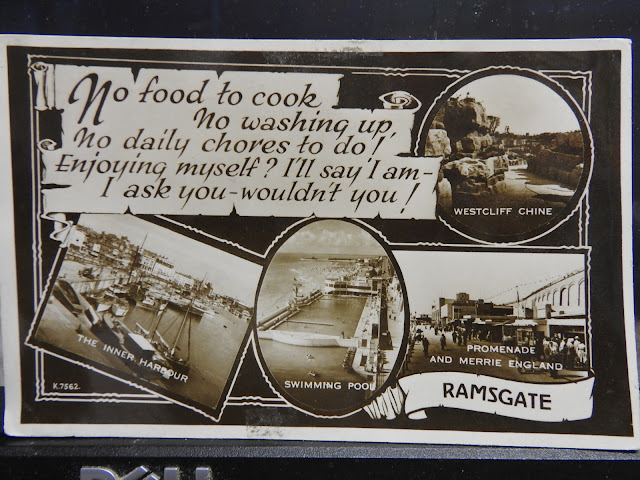 Fortuitously there is a pile of local postcards here, so some of the writing doesn't have to be mine. 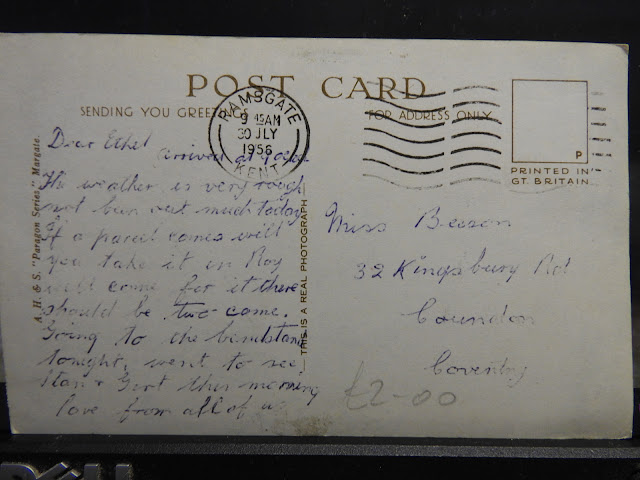 FaceBook and probably the other social media sites that I don't understand at all get more difficult every week, and this makes posting on the blog more difficult. A few years ago the Thanet internet mostly happened on blogs, now I think the local people with an interest in local history are trying to put their photos online and look at other people's photos on social media, mostly facebook. 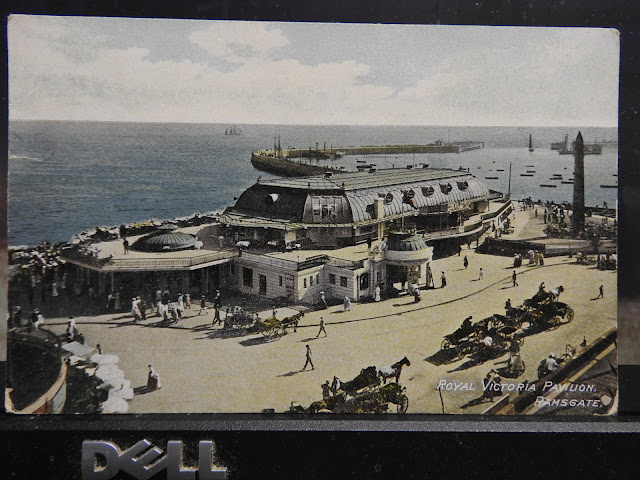 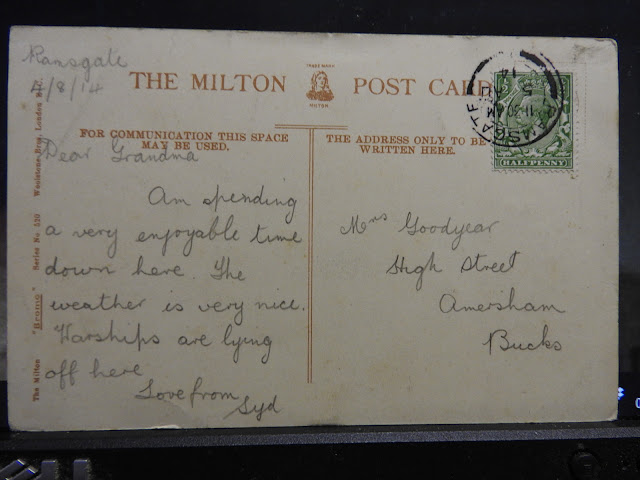 On the other hand, and apart from four fingers and a thumb, FaceBook is primarily trying to extract money from people with advertising, while dodgy people have infested it like fleas. 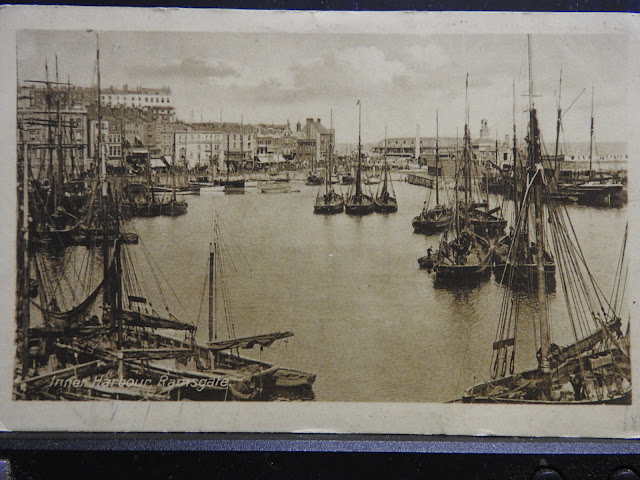 Blogger has problems of its own, but at the moment at least seem to let you put up reasonable sized pictures. Part of the problem is that blogger is owned by Google and some sort of regulator stopped Google from prioritising their own sites in their search engine. 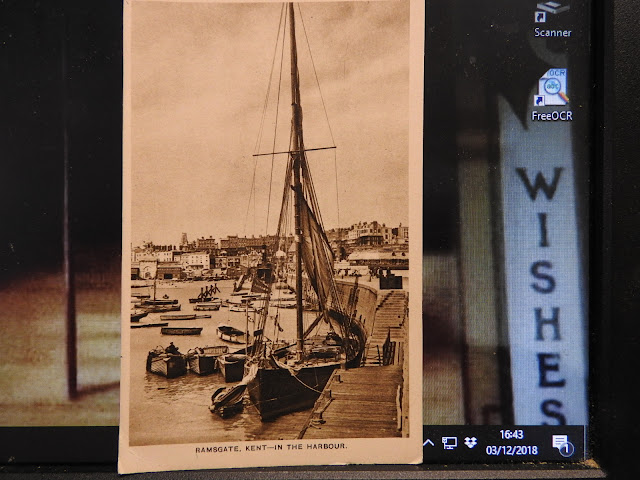 Of course Google are trying to make you look at advertising too so blogs like mine with no advertising on have stopped getting any ranking in the google search engine because they don't make money. 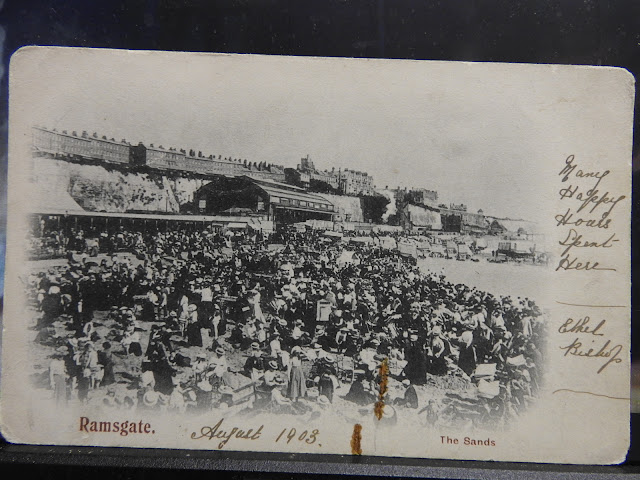 Bookshop wise today some fairly unusual Penguins
This is the link 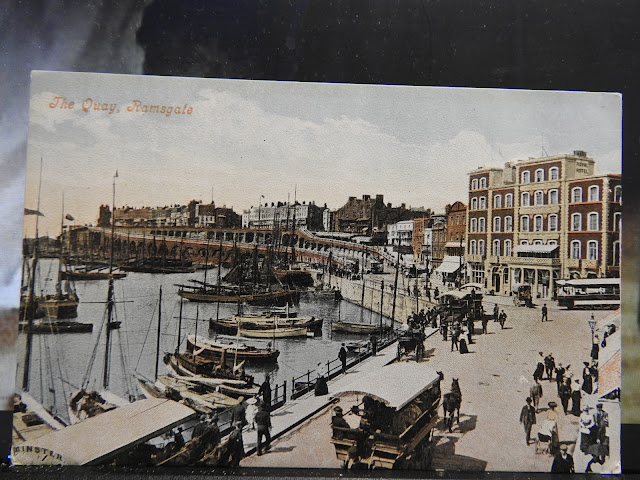 I guess this is far enough down the blog for the Manston bit. The main issue with Manston is that the minimum activity to qualify for a DCO is 10,000 airfreight movements per year, which means burning around 30 kilotonnes of jet fuel on or near the ground in Thanet per year.

I don't think this figure is disputed by anyone, and as this fuel is burnt by jet engines there isn't any way to filter out the tiny 2.5 micron particles that kill people and cause the early onset of dementia. 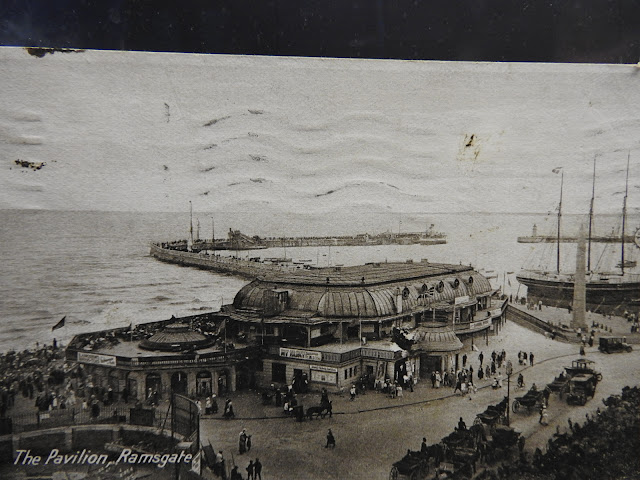 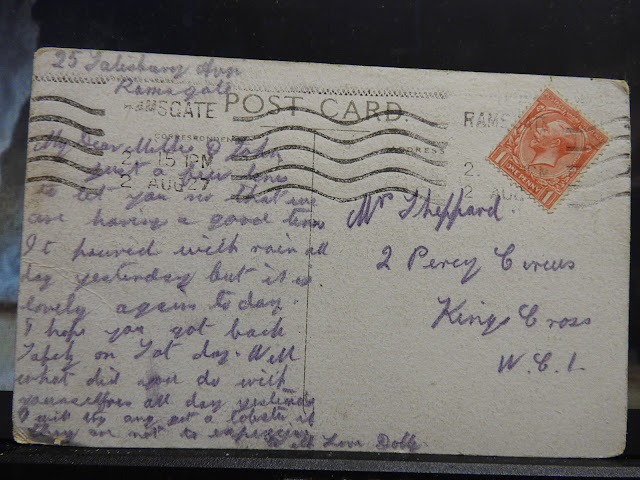 So how the DCO environmental assessment handles the problem is fairly important to those of us who live here, I guess the recent fire at Westwood near to Manston was a bit of an indicator, if you could smell it then the particulates reached you.

With the prevailing wind direction it's Margate, Broadstairs and the villages on the north Thanet coast that get the worst of it.

So how are RSP RiverOak handling the problem of these little particles called PM2.5s?

It's a fundamental flaw, like saying bananas are orange and oranges are yellow.

this is their latest email to me.

Dear Mr Child,
It is not clear to us whether the “dispersion figures” you ask for are graphs used for calculating concentrations, or a means of presenting the calculated concentrations, and so we respond on both of these points below.
If the first: we have not used a simple concentration/distance relationship to calculate concentrations. Instead, we use a software tool called ADMS, which calculates the transport and dispersion of pollution taking into account different wind speeds and directions as well as different amounts of turbulent mixing in the atmosphere from hour to hour. It uses five years of historical weather data, measured at the Manston Met Office station. This provides a high degree of accuracy in our forecast results.
If the second: Presenting concentrations as a line graph as a function of distance from the source is sometimes done for certain types of assessment, such as accidental releases of hazardous material to air from a point source. However, presenting results like this does not account for the difference in wind direction over the course of a year. For an accidental release, which is of short duration, it is common to make the worst-case assumption that the wind is blowing towards the sensitive receptors for the whole duration of the release. For sources where emissions occur throughout the year, such as at Manston Airport, this is not a sensible assumption.
In addition, the emissions from Manston Airport will come from several moving sources spread over several square kilometres, so the concept of “distance from the source” does not work well in this case.
Therefore, the usual graphical way of presenting the effects of dispersion is as contour plots of concentration. The concentration in ug/m3 at a given location (e.g. a residential property) can be read off the contour plot and compared against the legal limits or health guidance recommendations. Suitable contour plots for PM10 and PM2.5 are given in the Environmental Statement (ES) as Figures 6.16 to 6.19 (which can be found here:https://infrastructure.planninginspectorate.gov.uk/wp-content/ipc/uploads/projects/TR020002/TR020002-002414-5.2-4%20-%20Environmental%20Statement%20-%20Figures%20-%205%20of%207%20-%20Figures%204.1-9.6.pdf). These are in addition to the tables of concentrations at specific locations, chosen to include places where people are most likely to be exposed, also included in the ES – see Sections 6.8 to 6.10 of the ES for those locations where the impact is greatest, and Appendix 6.5 for the full set of modelled locations.  (Section 6.8 to 6.10 can be found here: https://infrastructure.planninginspectorate.gov.uk/wp-content/ipc/uploads/projects/TR020002/TR020002-002407-5.2-1%20-%20Environmental%20Statement%20-%20Main%20Text%20-%20Chapters%201-10.pdf , and Appendix 6.5 here:https://infrastructure.planninginspectorate.gov.uk/wp-content/ipc/uploads/projects/TR020002/TR020002-002418-5.2-6%20-%20Environmental%20Statement%20-%20Volume%206%20-%20Appendices%201.4-7.2.pdf.)
Regards,
RiverOak Strategic Partners
Manston Airport consultation team
0800 030 4137

And my reply to it.

From: michaelchild To: manston CC: manstonairport Sent: Mon, 3 Dec 2018 13:07Subject: Re: clarification about the dispersion

Hi RiverOak, Manston Airport Consultation Team.
Many thanks for your prompt reply.
I have already studied these documents and assumed there must be something else I had missed elsewhere in the application.
I am assuming that you understand that there is a very large difference between the distance pm10s and pm2.5s travel when airborne.
Any simple non scientific explanation will express this.
Here is a link to the explanation on the US Environmental Protection agency website
https://cfpub.epa.gov/roe/indicator_pdf.cfm?i=19
And the relevant quote from it.
“Particles within the two size ranges behave differently in the atmosphere. PM2.5, or fine particles, can remain airborne for long periods and travel hundreds of miles. Coarse particles, or the subset of PM10 that is larger than 2.5 μm, do not remain airborne as long and their spatial impact is typically limited because they tend to deposit on the ground downwind of emissions sources.”
The various figures you quote for PM2.5s seem to take the dispersion distance from the fuel burn to be about 1 km max i.e. the distance for PM10s.
So to repeat with further clarification.
“I am seeking clarification about the dispersion figures you are using for airborne particulates, this would normally be expressed as µg/m3 against km from source, often presented in the form of a graph, could you kindly give me the figures you are using both for PM10 and PM2.5 particulates.”
I will be happy with the figure you are using for both PM10s and PM2.5s in km from the point of burn to 10% above background level if you are unable to provide dispersion graphs for both particle sizes.
Best regards Michael

How you correspond with them over this type of thing has been a tricky one all down the line, having used a very complicated computer program they seem to happy with the result. Essentially though if you tell a computer that bananas are orange and then are happy with the result it produces based on this information, it is very hard to talk about yellow bananas with you.
Posted by Michael Child at 18:31