Out of all of Kent's December Christmas evening attractions, the lights on the boats in Ramsgate Harbour mixed with the cafe culture has to be one of the best. This year is the added attraction of the laser light show and as you can't see the light from the lasers but only the water vapour droplets the lasers light up, it is different every night.

Of course taking photos in the dark is a bit of a mugs game and part of the attraction of this attraction is that photos just don't do it justice. That said most of us have smartphones and will inevitably have a go, the one with the best camera we have is a Wileyfox Swift 2 plus so first the photos taken this evening with it. 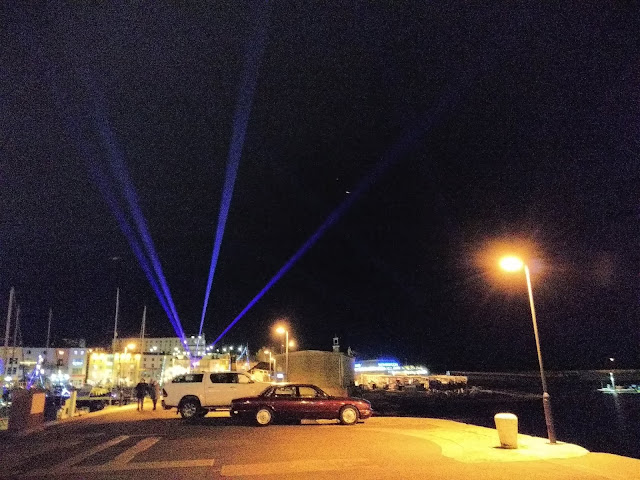 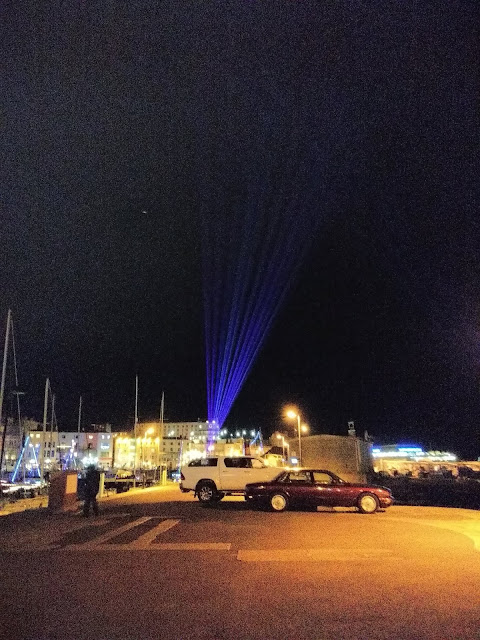 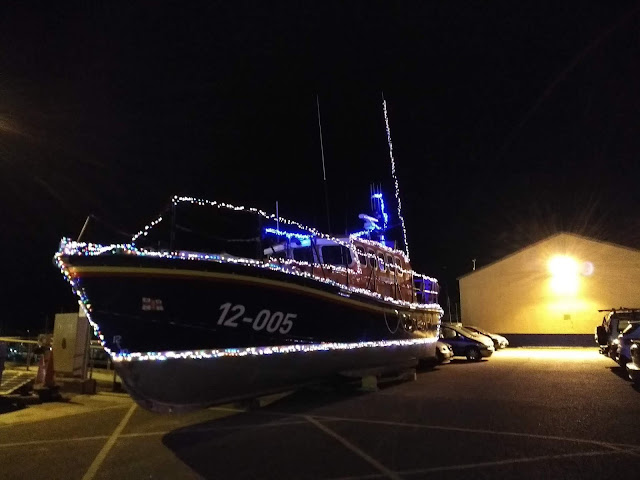 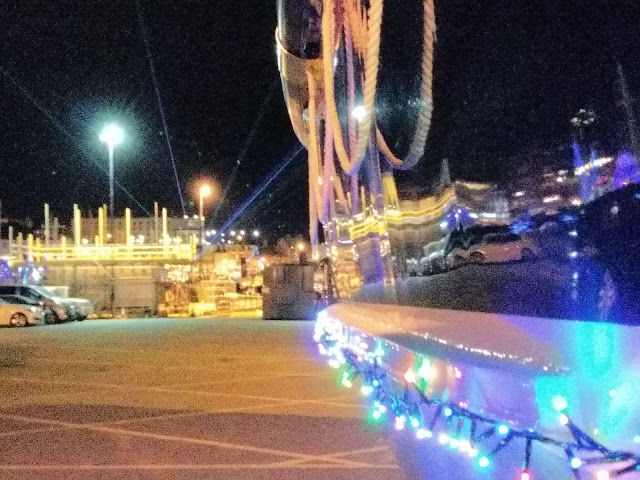 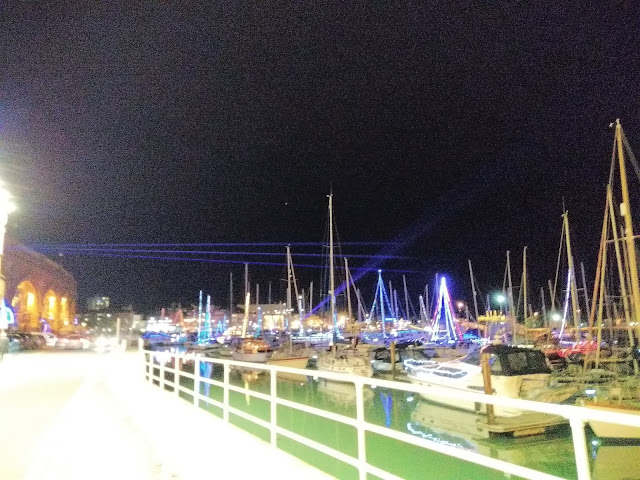 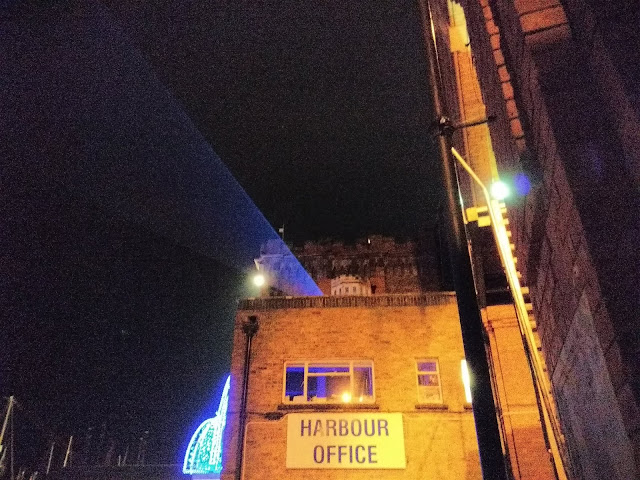 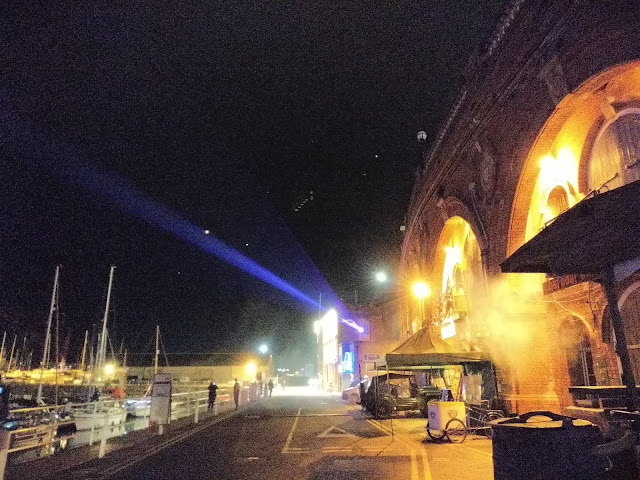 I think for the most part it was set on "backlight" which during the day produces pictures that look like they were take in the Caribbean.

I suppose at some time quite a few of us have acquired a DSLR camera and after noticing that for most purposes you have to be an expert to tell the difference between the photos you take with it and the ones you take with your smartphone it languishes in the cupboard of strange technological gadgets.

My DSLR performs a bit better at night than any of our various phones, I get the sneaky feeling that if I took a tripod the 300 page manual and sat in the car down the harbour with the heater on I could get some much better shots.

Hand held snaps while out for an evening stroll is all you are going to get I'm afraid, two pages of photos, some note very good at all, don't look at the ones you don't like, here are the links to them. 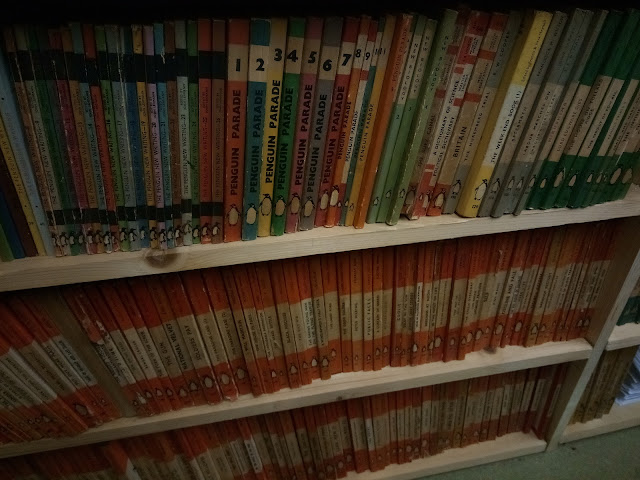 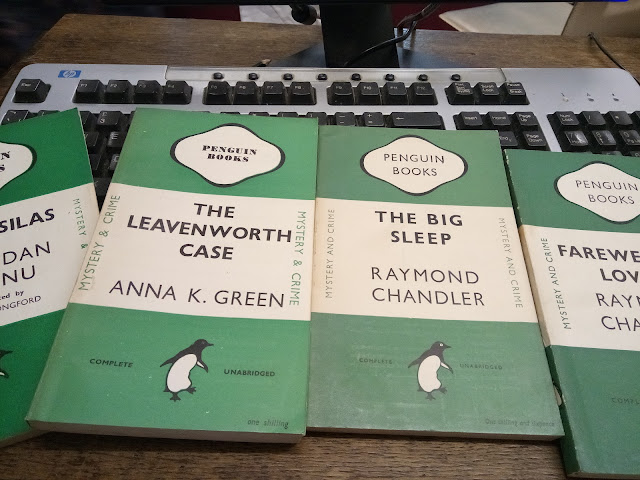 So how much is an early Penguin? The answer to this is mostly not a lot. In this case early means the ones that were printed in the 1930s and 1940s, if you look at the dates on the back of the title page and the most recent one is before 1950 then I think it probably qualifies as an early Penguin. Most of these collectable books have a collectors value of less than £5 which makes them fun to play with.

You do get the odd rare one, but it doesn't happen very often, less than one in a 100, the green ones are probably the most expensive, with most of them at the exalted price of at least £4.99.

The funny thing is looking them up online, prices of the same book in the same edition and condition can vary between 99p and £99, when a lot of people who don't know what they are doing, and that includes me, get together on the internet anything can happen.

The most expensive one I found in the sold listings on Ebay I also noticed the same seller had relisted it at the same expensive price that it wasn't worth.

As you would expect with Christmas just around the corner a lot of local interest books. 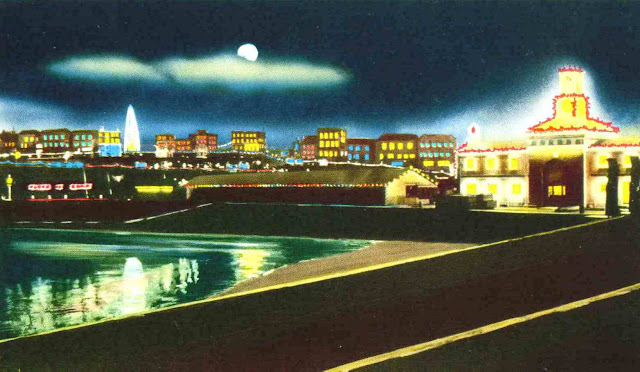 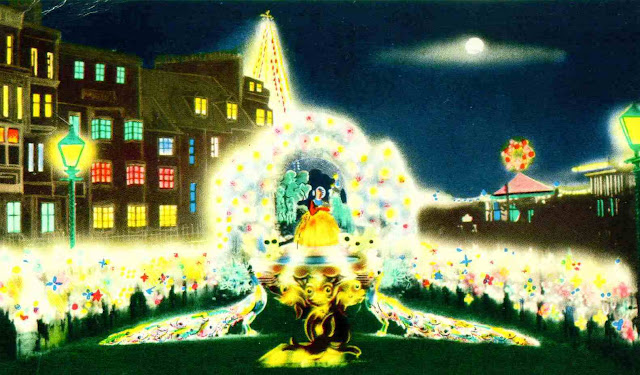 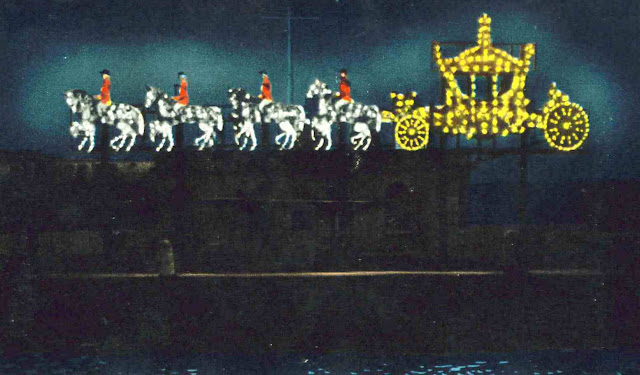 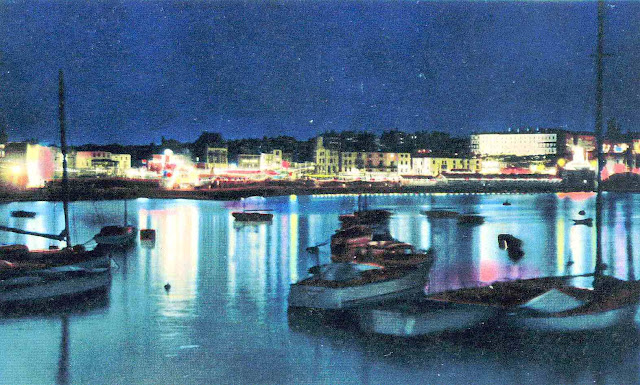 I think I would have to use photoshop to get mine like those
Posted by Michael Child at 21:02